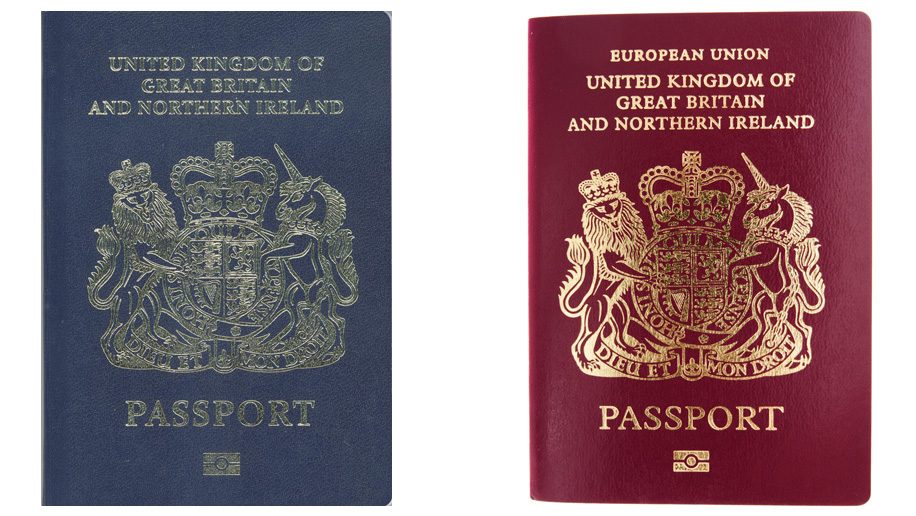 The UK Home Office has confirmed that the British passports will return to their iconic blue and gold design once the UK leaves the European Union in 2019.

The new documents will be introduced in a phased approach from October 2019 – initially passports issued after Brexit will continue to be burgundy in colour, but will have no reference to the EU.

The new blue passports only be issued to those renewing or applying for a new passport – existing passport holders will not need to make any changes ahead of their current passport renewal date.

In a statement Immigration Minister Brandon Lewis said that leaving the EU “gives us a unique opportunity to restore our national identity and forge a new path for ourselves in the world”.

“That is why I am delighted to announce that the British passport will be returning to the iconic blue and gold design after we have left the European Union in 2019.

“It will also be one of the most secure travel documents in the world, with a raft of new security measures to protect against fraud and forgery.”

The blue colour was first used on British passports in 1921, and remained in use until the UK joined the EU and the burgundy common colour format was adopted.

According to the Home Office the new passport “will be one of the most secure travel documents in the world, with a raft of new and updated security features and technologies to protect against fraud and forgery”.

The current paper-based picture page will be replaced with a “super-strength plastic polycarbonate material that will be more difficult to alter”.

More details will be confirmed in the spring, when the supplier of the new passport is announced.

News
Chancellor: Brexit no deal could lead to grounding of flights
12 Oct 2017