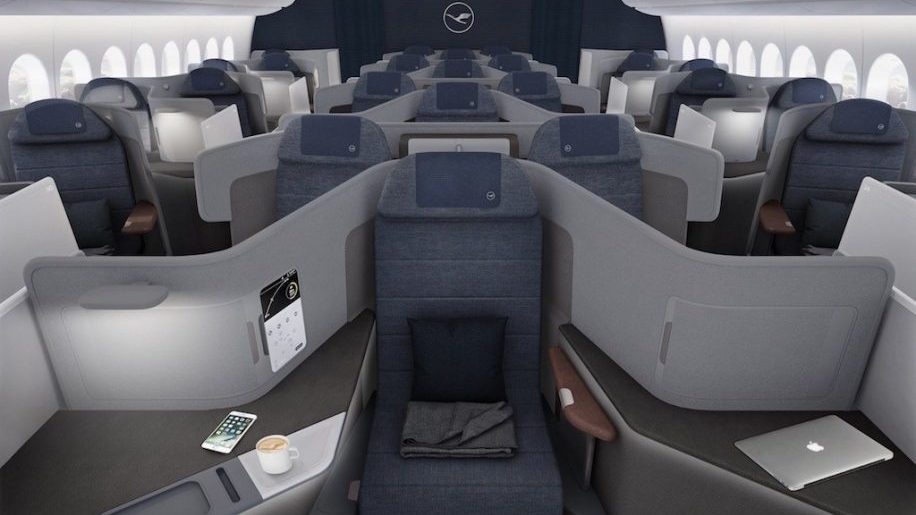 German carrier Lufthansa has revealed more details of the new business class seat which will debut on its B777-9 aircraft from 2020.

Last week Business Traveller published “sneak preview” images of the seat, which will offer direct aisle access for all passengers.

The airline has now provided more details about the product, which will offer a fully flat bed of “up to 220cm” in length.

As revealed last week, the layout of the new business class cabin will be a staggered 1-2-1 / 1-1-1 configuration, resulting in impressive looking “throne seats” in the middle of the 1-1-1 rows.

But there will be a trade-off – it seems that these middle seats, while offering more personal / desk space, will have a shorter, (as yet undisclosed) bed length.

In a press release Lufthansa said:

“Depending on their personal needs, passengers can choose between a number of spatial configurations. For instance, they can choose to have an extended-length bed or a seat with twice as much desk space.”

The carrier also said that the new seat will feature “a significantly increased amount of personal space, more privacy, as well as generous storage compartments and flat surfaces.”

It has also highlighted the back rest of the new seat, the construction of which it says “makes it possible for the shoulder to sink in when you are lying on your side”.

“This keeps the spine straight and makes it possible for side sleepers to also benefit from ideally healthy and relaxing sleep,” the release adds.

New technology will also see “all the functions of the seat as well as the in-flight entertainment system” being controlled by a personal “digital interface”, and passengers will be able to charge devices using wireless technology while watching entertainment on “much larger screen, in full HD”.

Lufthansa said that over 500 guests “provided in-depth support during the development phases” of the new seat, with the product being developed exclusively for the airline.

Ahead of the delivery of the first of 20 B777-9 aircraft from 2020, the airline will introduce new matresses, sleeping sweater (on request), and lined blankets on long intercontinental flights from early next year. 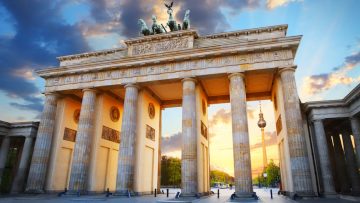