Hong Kong could be getting Singapore Airlines’ new A380 next year 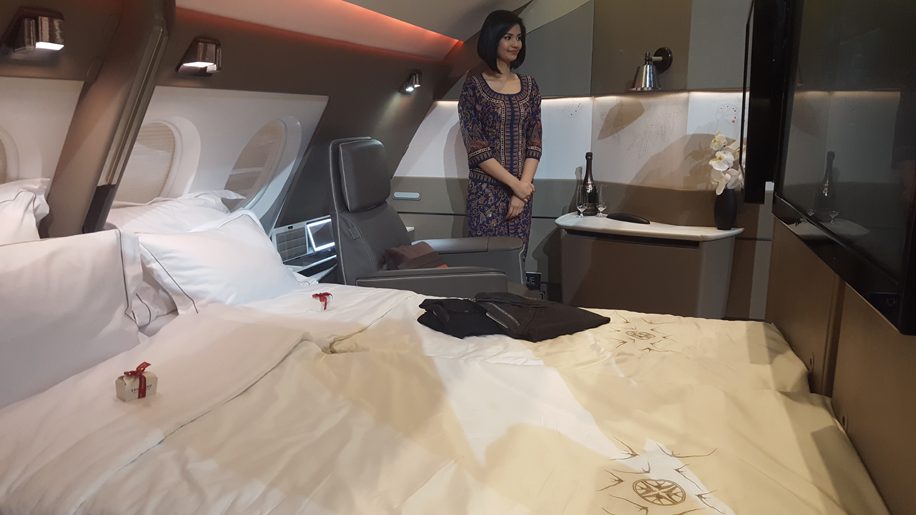 While a specific date has yet to be confirmed, the news would nevertheless put Hong Kong among the first few destinations to receive the aircraft, which is due to debut on the airline’s Singapore-Sydney route from December 18.

At the products’ launch event last week in Singapore, senior vice president of product and services, Marvin Tan, told Business Traveller the five new aircraft are likely to continue serving routes currently operated by the A380 rather than being deployed on new ones.

The revamped superjumbo will see all-new seat products across its Suites, business, premium economy and economy class cabins, as well as a higher density of seats owing to its Suites and business class cabins occupying the entirety of the upper deck.

With 76 business class seats, the new configuration gives the aircraft more seats in the business cabin than its mixed business/economy upper layout (60), but fewer than its all-business upper deck (86).

However, this focus on higher density may not bode well for economy class on Singapore Airlines’ other aircraft. Singapore Airlines is one of a few carriers that still carries a nine-across (3-3-3) configuration, but this may soon give way to the more economical ten-across (3-4-3) layout, one that has been adopted by a large number of carriers already.

Loading comments...
Read Next
SPG members can now check-in via mobile in Asia-Pacific
Read Previous
HK Express gets hit with ban on new aircraft, flights and destinations
Our Awards 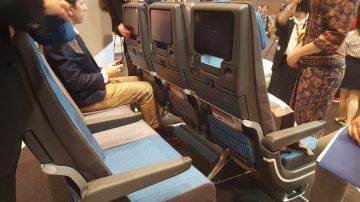