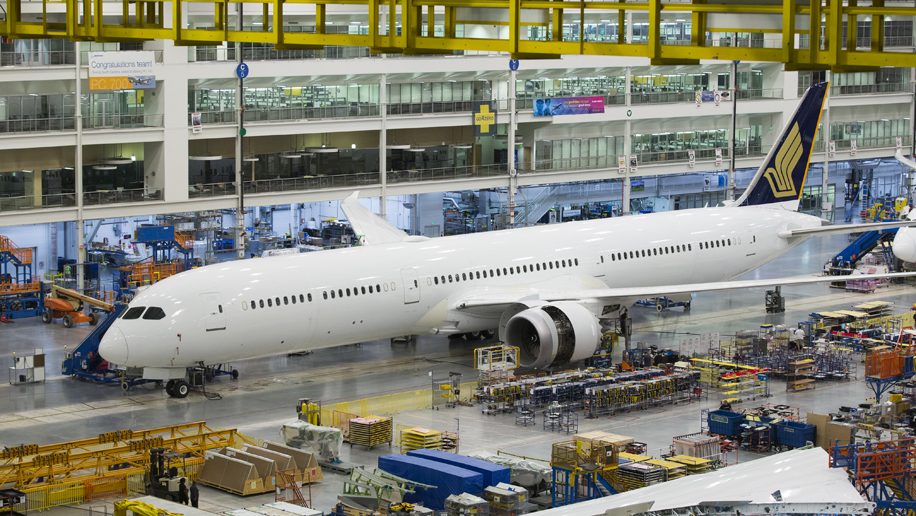 Singapore Airlines’ first B787-10 Dreamliner aircraft has rolled out of the Boeing Final Assembly Facility in South Carolina, ahead of its final delivery to the airline in the first half of next year.

The aircraft is now set to head to the paint shop to get its Singapore Airlines livery, after which system checks, fuelling and engine runs will take place.

Singapore Airlines has a total order for 30 of the newest Dreamliner, for which it will be the global launch customer, and in February signed a letter of intent to order 19 more. The carrier plans to deploy the aircraft on its medium-haul routes.

The B787-10 is the longest in Boeing’s Dreamliner family and has an approximate capacity of 310 passengers. The aircraft took its first flight back in April.

“Boeing is excited to have finished final assembly of the first 787-10 Dreamliner for Singapore Airlines,” said Dinesh Keskar, Boeing’s senior vice president, Asia Pacific and India sales. “With its unprecedented efficiency, greater capacity and the Dreamliner’s known preferred passenger experience, the 787-10 will be an important part of the airline’s future fleet.”

Singapore Airlines isn’t the only carrier in Asia-Pacific with orders for the newest Dreamliner, however. Taiwanese airline Eva Air and Japan’s All Nippon Airways (ANA), which was the launch customer for Dreamliner back in September 2011, will both be receiving the series’ newest variant.