Will the Las Vegas massacre prompt stronger hotel security in the U.S.?

A guest room at Las Vegas’ high-rise Mandalay Bay resort became an arsenal and shooting platform for a man who shot more than 50 people to death this week, prompting questions about how the killer was able to get so many guns into his room prior to the attack.

But there wasn’t much stopping him in a U.S. hotel that, like most others, does little or nothing to inspect what guests carry into their properties.

The New York Times reported on October 2, 2017 that after the Mumbai terrorist attacks in 2008, hotels operating in India — including those owned by U.S. brands — began using explosive trace detectors, X-ray systems, and even facial recognition software to keep closer tabs on guests.

In the U.S., such precautions are rare, and with a few exceptions, it’s perfectly legal to carry firearms onto hotel property. At the Mandalay Bay, for example, guns are only prohibited on the casino floor. Guns are banned as a matter of policy at Hilton hotels, but only at properties owned and operated by the brand.

Hotel security also tends to be lightly trained and staffed in the U.S. Experts say that hotels generally place guest convenience and privacy far above security concerns like discerning the contents of luggage that could contain guns or explosives.

As a casino hotel, the Mandalay Bay has a far more robust security force than other hotels, but that did not deter the man who shot up the country music festival next door.

“The Mandalay Bay in particular hosts three, four, five conventions a day and it’s not unusual for guests to have containers in their room,” Stephen Barth, a hotel security expert and professor at the Conrad Hilton College of Hotel and Restaurant Management at the University of Houston, told Fox News. “It would not be the common practice for housekeepers to get into those containers while they’re cleaning the room. And as a matter of fact it would be just the opposite. Housekeepers are trained to respect guests’ privacy, to not interfere with their items.”

This latest mass killing in America could prompt hotels to provide additional training to staff about recognizing suspicious behavior and scrutinizing large bags being carried onto the property, said Bruce McIndoe, president of iJet International, which performs security audits of hotels.

But others don’t expect big changes, with Fred Del Marva, a casino and hotel security consultant, calling the installation of metal detectors in hotels unthinkable. “It will never be done,” he said. 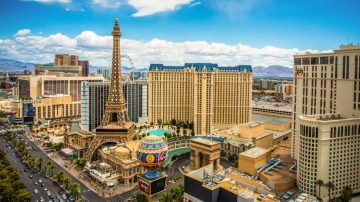