19 new and upcoming hotels in Asia-Pacific 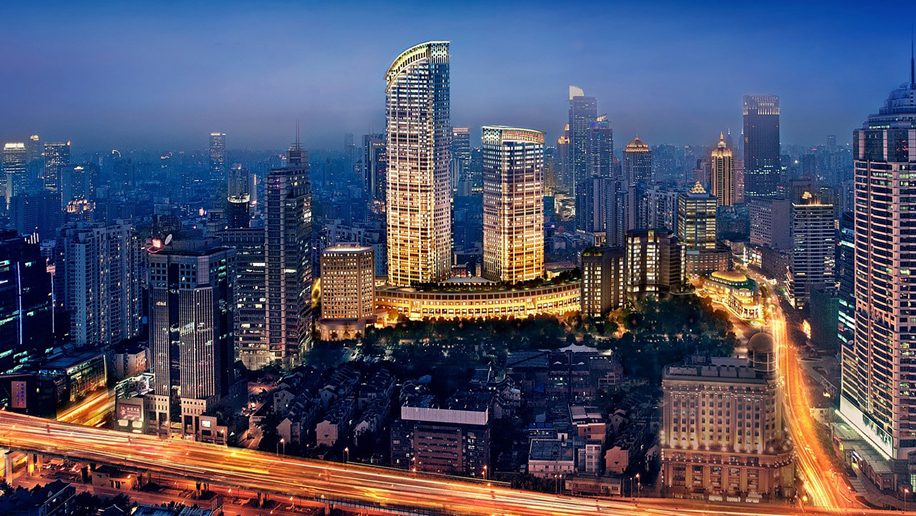 Located in Vietnam’s up-and-coming lifestyle destination Phu Quoc, this newest addition to the Fusion portfolio offers 97 thatched villas positioned between the beach and neighbouring river. The resort is focused particularly on health and wellness, so much so that its All-Spa Inclusive package allows guests to have daily spa treatments at no additional cost. fusionresortphuquoc.com

Named after its address at 138 Johnston Road in Hong Kong’s bustling Wan Chai district, Chi138 is also the largest serviced apartments from Chi Residences. Offering 107 one- and two-bedroom units in up to 13 layouts, most of which have balconies, the property has a self-service laundry, business centre, gym and even a barbeque garden. chi-residences.com

Intercontinental Hotels Group has debuted its first hotel in Rayong, a coastal province on the eastern edge of the Gulf of Thailand, in the form of the Holiday Inn and Suites Rayong City Centre. Offering 288 rooms – in the form of 64 suites and 224 guestrooms – the property is located about 30 minutes from U-Tapao Rayong Pattaya International Airport and is close to a number of the country’s key industrial parks and seaports. holidayinn.com/rayong

Hard Rock International’s first hotel in mainland China, the newly opened Hard Rock Hotel Shenzhen is positioning itself as a future venue for leisure, entertainment and dining. Key among the hotel’s offerings is the trademark The Sound of Your Stay amenity programme, enabling guests to have a music experience in their rooms by renting guitars or listening to vinyls and professionally curated playlists. Along with its 258 rooms, some 160 pieces of music memorabilia is also on display throughout the hotel. hardrockhotels.com/shenzhen

This is the first hotel under the midscale Hotel Cozi brand from hospitality company, Tang’s Living Group. Located five minutes from Wetland Park in Hong Kong’s Yuen Long district, the hotel has 336 rooms across 16 floors with complimentary wifi and smartphones with free international calls to select countries provided in each. Additional properties under the Hotel Cozi brand are under development in the city’s Tsuen Wan, Kwun Tong and Tuen Mun districts. hotelcozi.com/wetland

Located in Bangkok’s Sukhumvit Soi 11 neighbourhood, the Mercure Bangkok Sukhumvit 11 is Accorhotels’ 29th property in the Thai capital. Utilising a contemporary Thai décor throughout the property, particularly including silk, the new Mercure has 232 rooms and suites starting from 34sqm. A 16th-floor Privilege Club is also available for those staying in Privilege Rooms and Suites. accorhotels.com

Sandwiched between the Andaman Sea and lush jungle, The Ritz-Carlton, Langkawi has been specifically designed to reflect the local area, most notably in its traditional “Kampong” village-style buildings. A total of 70 guest rooms, 15 suites and 29 villas are available at the resort, while a wishing fountain greets guests at the entrance where they are invited to write their wishes on a flat stone and place it into the fountain’s waters. ritzcarlton.com

Positioned as a business events hotel, the new Intercontinental Hanoi Landmark72 in the city’s Tu Liem business district has rooms and events space in spades. Aside from being attached to the Landmark72 integrated complex – the hotel sits on the 62nd to 71st floors making it the highest hotel in the city – the property offers 359 rooms and more than 2,861sqm of events space, including Hanoi’s largest ballroom foyer at 1,020sqm. ihg.com

Accorhotels opened its first hotel in Mongolia last month, the vividly-coloured 95-room Ibis Styles Ulaanbaatar Polaris, located in the city’s Khan Uu District about 15 minutes by car from Chinggis Khaan International Airport. While the hotel’s gym isn’t set to open until next year, its Ibis Kitchen is currently available as are its two meeting rooms. accorhotels.com

Don’t let its location on the banks of Jinji Lake in Suzhou, a scenic city about 90 minutes from downtown Shanghai, fool you – the new W Suzhou is still as “W Hotels” as they get, with a vibrant lobby that’s got more reflective surfaces than a disco ball. That said, the property does have some more understated design elements, notably those taken from the city’s Unesco-listed gardens. Rooms are awash with creams and light greens, making for a generally more toned-down in-room experience. whotels.com

This is Hilton’s second hotel in the city of Shiyan in China’s northwestern Hubei province, after the Doubletree by Hilton Shiyan. The Hilton Garden Inn Shiyan is located in the centre of the city close to corporate office buildings and shopping centres, whilst also being a short drive from the Unesco-listed Wudang Mountains, which feature a complex of Taoist temples. A total of 152 rooms are available, including 16 with separate living rooms and one deluxe suite. Wifi is complimentary across the property and the gym is open 24 hours. hilton.com

The second hotel in Southeast Asia from The Ritz-Carlton in the span of just under a fortnight, this new Koh Samui hotel features a vast 3,800sqm Spa Village Koh Samui wellness centre with eight treatment rooms, three massage pavilions, a yoga pavilion, health bar and a lap pool with cabanas. All 175 of the resort’s accommodations are suites or pool villas that overlook The Gulf of Thailand, while the resort itself – built on the site of a former coconut plantation – has features and an overall design that incorporates the use of coconut and other natural materials. ritzcarlton.com

Having just completed a full renovation, the former Plaza Athenee Bangkok, A Royal Meridien Hotel will be opening its doors as The Athenee Hotel, A Luxury Collection Hotel, Bangkok this Friday. Located at the former grounds of the royal residence of Thailand’s Princess Valaya Alongkorn, the aunt of the late King Bhumibol Adulyadej, Rama IX, the property features 374 rooms, a redesigned The Rain Tree Café, along with two other F&B outlets, The Secret Garden and The Bakery. plazaatheneebangkok.com

Southeast Asia will be getting its first hotel from Hyatt’s Andaz brand later this month with the Andaz Singapore, the first new Hyatt to open in the Lion City since 1971. Events spaces are arguably the hotel’s forte – it has some 1,375sqm of it – notably The Glasshouse, a 537sqm glass box venue with a six-metre-high ceiling, and the Garden Studio, which will have an adjoining outdoor terrace with a garden. hyatt.com

The upcoming Rosewood Phuket will be Rosewood Hotels and Resorts’ first resort in Southeast Asia when it opens at the beginning of next month. Located on a 600-metre-long beachfront at Emerald Bay on the southwest side of the island, the hotel will feature 71 pool pavilions and villas starting at 130sqm, each of which will face onto the sea. The resort is also set to be the debut resort for Rosewood’s new Asaya wellness concept. rosewoodhotels.com

Though an exact opening date has still yet to be firmly set for the new The Sukhothai Shanghai – only the second property from Sukhothai Hotels and Resorts – the new hotel in the HKRI Taikoo Hui mixed-use development on the city’s Nanjing Road (West) central business district is currently scheduled to open up towards the end of this year. Developed as a luxury boutique property, the 168-room and 33-suite property will be annexed with a restored heritage building called “Cha House”, along with direct connections to shops and offices at the development. sukhothai.com

Also set to open later this year at the HKRI Taikoo Hui development is The Middle House – the fourth property from Swire Hotels under its The House Collective (which also includes The Opposite House, The Upper House and The Temple House). Offering a combination of 111 guestrooms and 102 serviced apartments under The Middle House Residences, the property will offer numerous outdoor spaces and terraces. swirehotels.com

Como Echo Beach is set to become Como Hotels and Resorts’ third property in Bali when it opens early next year. The resort’s 119 guestrooms range from rooms to suites and one- and two-bedroom residences, along with three-bedroom duplex penthouses with individual rooftop pools. Located seven miles from Seminyak in Canggu on the island’s south coast, the upcoming Como will have access to a six-mile-long beach. comohotels.com

With construction set to begin later this year, the newly announced Four Seasons Hotel Dalian is expected to open its doors some time in 2020. The property will be located in Dalian on the Liaodong Peninsula in northeastern China in the city’s redeveloped financial and commercial hub as part of a mixed-use development. Approximately 250 rooms and suites are currently planned for the hotel, as is a pool, fitness centre, spa, events spaces, restaurants, bar, lobby lounge, deli and outdoor terrace. fourseasons.com 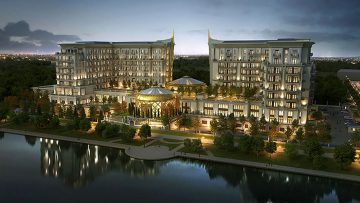 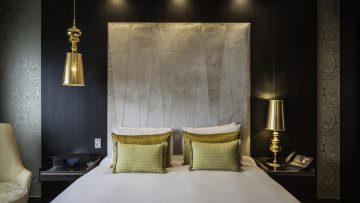 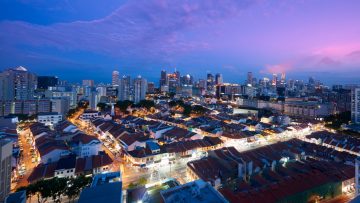 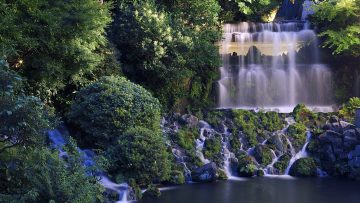