Qantas’s first Dreamliner rolls out from the paint shop 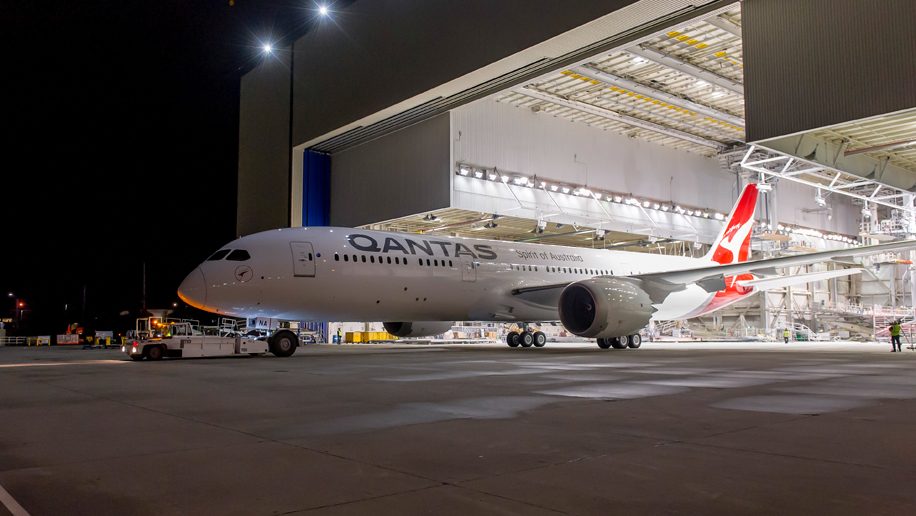 Qantas’s first B787-9 Dreamliner has just rolled out of the paint shop ahead of its delivery to the airline and debut on domestic routes before flying its first international route from Melbourne to Los Angeles this December.

The airline’s newest aircraft will see a number of fresh interior changes, notably a refreshed premium economy product. Qantas unveiled its overall Dreamliner cabins back in October last year, confirming the aircraft will feature its fully flat Business Suite with each seat having direct aisle access.

While the first four of Qantas’s eight Dreamliners are scheduled to go to Melbourne, the airline confirmed late last month that the final four will be stationed in Brisbane.

These Brisbane-based aircraft are due to begin deployment in mid-2018, with all four in place by the end of next year. Qantas has not yet confirmed which routes these four aircraft will operate on, though it has indicated Seattle, Chicago, San Francisco and Vancouver as well as destinations in Asia are on the cards.