Lufthansa has announced an increase in services to three UK and Ireland destinations this winter.

The German carrier will add an additional weekly service on routes from Frankfurt to both Dublin and Manchester from October 29, increasing capacity by around 30 per cent on the Dublin service, and 25 per cent on the Manchester route.

“The UK & Ireland continue to shine as key markets for Lufthansa within our network. The demand for our services has continued to grow and we have been able to increase capacity accordingly.

“The growing demand for seats on our flights proves once again that discerning travellers appreciate the way Lufthansa has responded to the challenges of the travel market in the face of ever-increasing competition. To maintain the leading position in our market we must be better than anyone else in terms of reliability and innovation at a competitive price.”

Lufthansa is the only carrier currently offering direct, non-stop services between Glasgow and Munich, and between Manchester and Frankfurt airport (although Ryanair is to launch flights on the latter route this winter).

Aer Lingus operates flights on the Dublin-Frankfurt airport route (with British Airways codesharing), while Ryanair flies into Frankfurt Hahn (located around 75 miles from the city). 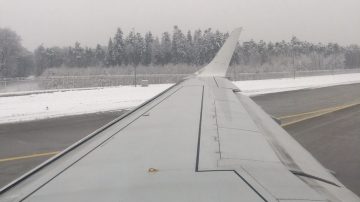 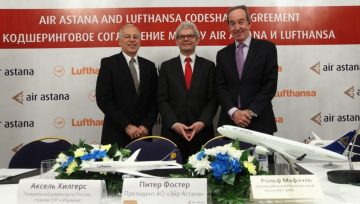