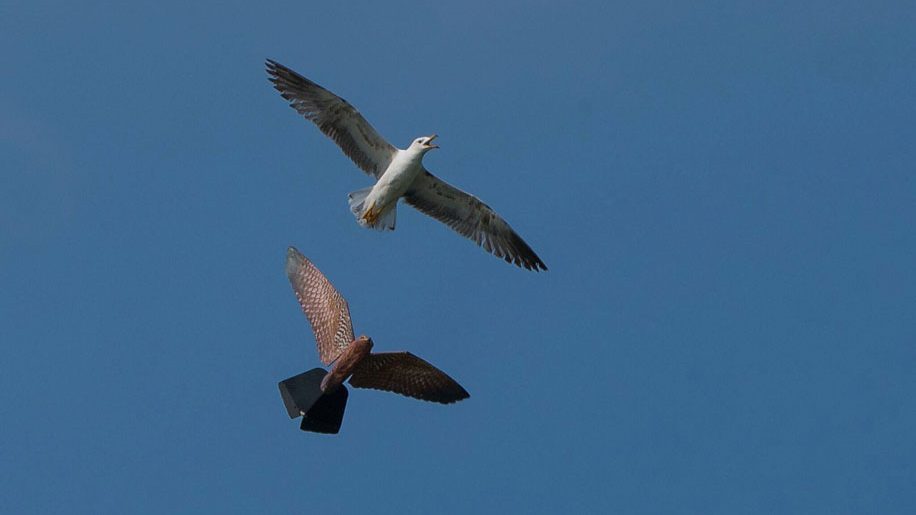 Edmonton International Airport is employing a 21st century solution to the problem of keeping birds away from aircraft – drones.

Atlas Obscura reports that a company called Clear Flight Solutions has created “Robirds” drones. These are being used in Edmonton in place of more traditional methods of scaring birds away from runways, which have included everything from setting off fireworks to employing snipers. The Robird is not only the size and shape of a falcon — a feared predator of other birds — but it also flaps its wings to fly, giving the drone a particularly life-like appearance.

The company offers two types of Robirds: a peregrine falcon model to scare off smaller birds, and an eagle model designed to deter birds of any size. “When a predator is introduced in an ecosystem, the system will adapt to the new circumstances,” according to Clear Flight Solutions. “Birds will learn to avoid the active hunting grounds of a bird of prey, with bird numbers dropping by as much as 50 per cent or more, depending on the location and surroundings. Because the Robirds trigger the instinct of birds, there are no chances of habituation in the long term.”

With their wide open spaces, and locations often in coastal areas, airports are attractive habitats for birds. Bird strikes are among the biggest hazards in aviation, causing damage to aircraft and, sometimes, crashes. The emergency landing of US Airways flight 1549 in the Hudson River in 2009, for example, resulted from Canada Geese being sucked into the A320’s engines upon takeoff from New York’s LaGuardia Airport.

Edmonton officials said the drones will fly near, but never over, airport runways. 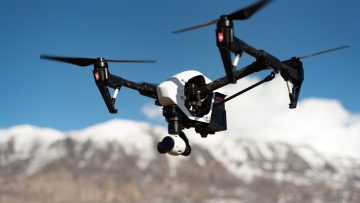