Security screening machines at Newark International airport have got bigger and faster, and that’s good news for travellers.

The US Transportation Security Administration has announced that a total of 17 new screening lanes are now serving passengers. The first four upgraded lanes were opened in United’s Terminal C in November last year.

The new lanes shave off about one-third of processing time by utilising powered conveyor belts that are 25 per cent bigger and thus can accommodate larger bins. The increased size means that five travellers can load their luggage and personal belongings on to the belt at one time.

The system automatically retrieves the bins after they pass through the screening equipment and returns them to the front of the line for the next traveller to use, CBS News reported.

“If you’ve been through a checkpoint before, you may have noticed you’re waiting for a bin or you don’t get a bin, and it causes congestion,” noted Jon Roitman, United’s senior vice-president of airport operations. “Now, the bin return system is absolutely automated. That’s the biggest feature.”

Newark is the first of the three major New York area airports to install the new screening machines and now has more of the advanced lanes than any other US airport. The same technology is in use at Chicago O’Hare and Los Angeles International, two other United hubs, as well as Atlanta Hartsville-Jackson. 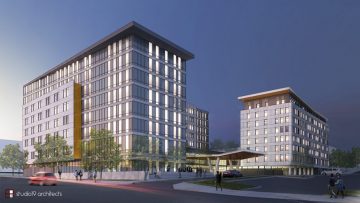