Norwegian to increase US services by over 50 per cent

Low-cost carrier Norwegian is to increase the number of flights between Gatwick and the US by 55 per cent next summer.

The move will see the airline offer a total of 34 weekly long-haul flights from the London airport, up from 22.

The additional services include:

“Our US flights are more popular than ever and customer demand shows low-cost long-haul flights are here to stay. By expanding the number of transatlantic flights from Gatwick, we are giving tourists and business passengers more flexibility, attractive fares and convenient schedules.

With nine more 787 Dreamliners entering our fleet next year, this will be just the beginning of our UK expansion. Norwegian will continue to grow the number of great value flights to the US and drive down fares to become the UK’s number one airline of choice.”

Norwegian recently launched twice-weekly flights from Gatwick to Las Vegas, the eighth US destination for the low-cost carrier (for more details see our sister website seatplans.com). 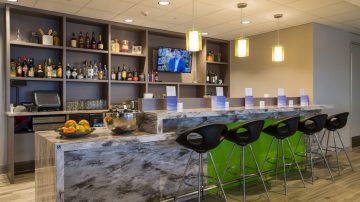