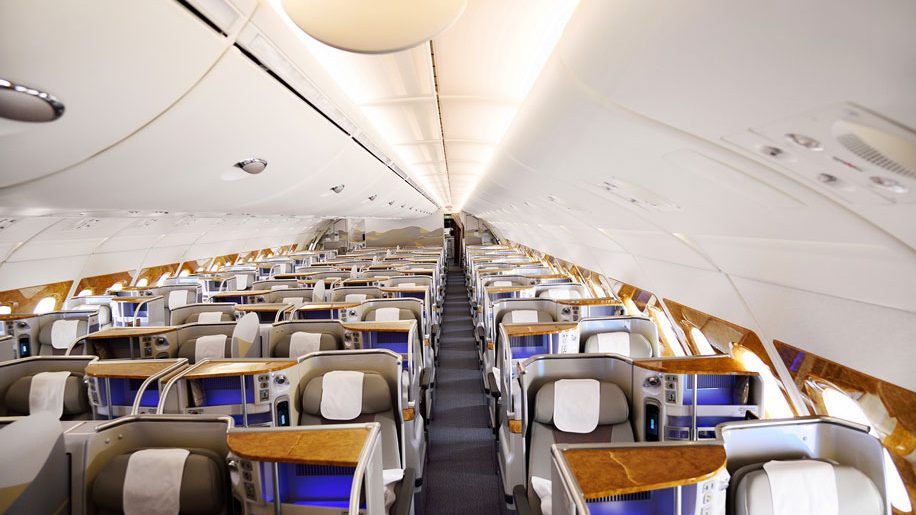 Emirates has taken delivery of the first of its new-generation A380 aircraft, featuring more economy seats and a revamped business class cabin.

The carrier’s 85th superjumbo features a relocated crew rest area, allowing 25 extra economy seats to be added on the lower deck, for a total of 426. The number of business and first class seats remains the same at 76 and 14 respectively.

Emirates has also revamped the business class cabin on the aircraft, with a higher ceiling “to create a more spacious and luxurious feel for customers”. The overhead luggage bins have also been concentrated in the middle aisles, and are now 28 per cent larger in volume.

The carrier says that seven of the new-generation A380s are scheduled to be delivered this fiscal year, and “are expected to serve more ultra-long-haul routes.

Emirates is also set to take delivery of the first B777-300ER featuring its revamped business class seat at the end of this month.

Last week Emirates announced that it had moved to an all A380 and B777 fleet, having recently retired the last of its A330 and A340 aircraft.