Oman Air is to consolidate its twice daily services between Heathrow and Muscat into Terminal 4 from the end of January.

The carrier currently operates daily services out of both T3 and T4, having bought a slot at T4 from Kenya Airways for a record US$75 million.

Oman Air’s arrangement has the potential to cause passenger confusion (both for arriving and departing travellers) because it’s using one terminal for its Muscat flight in the morning and another in the evening.

But on January 31 the two flights will consolidate at T4, allowing the airline to “further streamline the customer journey on one of Oman Air’s flagship routes”.

Oman Air also today officially confirmed plans to operate flights between Muscat and Manchester from next year. Business Traveller reported on the development earlier this year, although at the time the carrier said flights would commence on April 1, 2017 – this has now been pushed back to May 1. 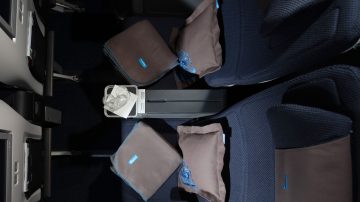