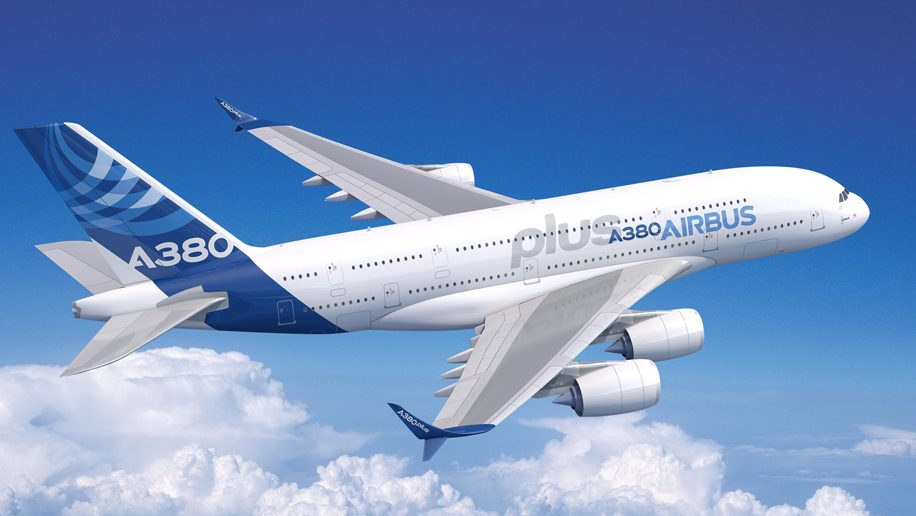 Airbus has unveiled details of an enhanced version of its A380 superjumbo, the A380plus, that will include the addition of winglets as well as its recently showcased “cabin enablers” that can create space for up to 80 additional seats on the A380.

Key among the enhanced aircraft’s offerings is an improved fuel efficiency – up to 4 per cent with the addition of winglets – as well as a 13 per cent cost reduction per seat compared to the current variation. The existing A380 model has an average capacity of 497 passengers, which could be upped to 575 in four classes with all cabin enablers utilised.

As previously reported, key among the new “cabin enabler” features for the double-decker superjumbo is a newly designed front staircase, which could free up space for 20 passengers.

“The A380plus is an efficient way to offer even better economics and improved operational performance at the same time,” said John Leahy, Airbus’s COO of customers. “It is a new step for our iconic aircraft to best serve worldwide fast-growing traffic and the evolving needs of A380 customers. The A380 is well proven as the solution to increasing congestion at large airports, and in offering a unique, passenger-preferred experience.”

Airbus has struggled to attract new customers for its superjumbo aircraft, with 13 commercial carriers currently operating the A380, and Japanese airline ANA set to take delivery of its first superjumbo in 2019. In July last year, the airline attempted to rally passenger support for the airline with the launch of its “I Fly A380” website, aimed at showing passengers were willing to make an extra effort to fly on the aircraft.

Of the just over 200 superjumbos so far delivered, almost half of these are operated by one carrier – Emirates.

In a recent interview with Business Traveller, Malaysia Airlines CEO Peter Bellew said that airlines have “missed the point” of the A380, claiming that the sweet spot for the aircraft is between 640 and 720 passengers, serving high-density flights between congested airports.