HK Express receives its first A321 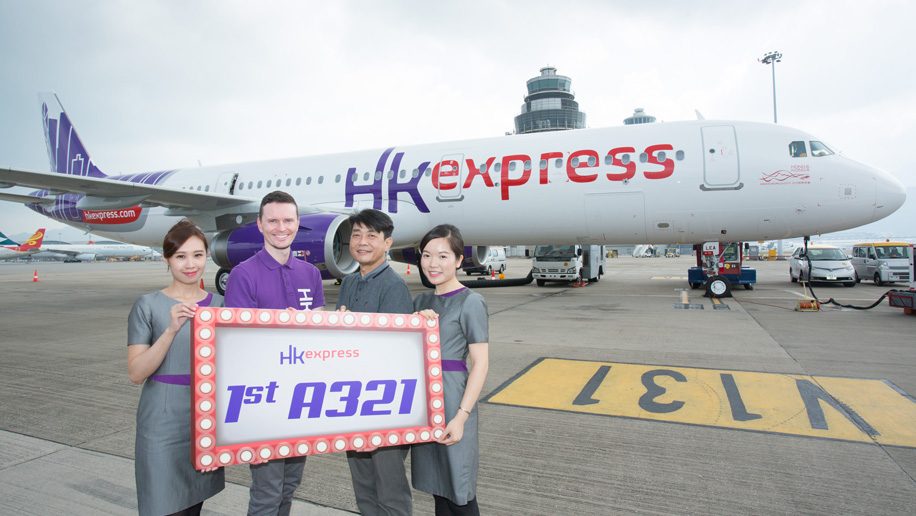 Hong Kong-based LCC HK Express has taken delivery of its first Airbus A321, its 16th aircraft in total with a further 11 A321s and 12 A320neos currently on order.

The new aircraft was delivered on Saturday October 29 and had its inaugural flight yesterday (October 31) on the airline’s Chiang Mai route. In the future the A321 will be deployed on different routes according to the airline’s roster.

An all-economy aircraft, HK Express’s new A321 has a total of 230 seats – the first carrier in North Asia to offer a 230-seat configuration – in a 3-3 setup, 50 seats more than the A320 the carrier currently uses. The cabins also feature all-new interiors with more ergonomic seats offering a pitch of 30 inches.

Speaking about the new aircraft deliveries, Andrew Cowen, director and CEO of HK Express, said: “Almost all our aircraft are new or nearly new, so that gives us a very young fleet age. What that means for passengers is that it’s very clean, very new and very modern, and of course it’s very safe. We have 23 more aircraft on order coming into our fleet over the next few years. With each aircraft we fly approximately two destinations, so when we are up to 40 aircraft that means we are flying to somewhere between 60 to 80 destinations across Asia.”

The delivery comes as the carrier marks its third anniversary. To celebrate the occasion, HK Express will be launching an online “musical chairs” game on its website on November 3, where customers can play online together with other passengers to win seats. The first 50 people to grab a seat on the screen will win a round-trip flight to a surprise destination. The competition will run until November 7 at 23:59 with a new game every day, resulting in a total of 250 tickets available across the five-day period. A grand prize of a four-day, three-night trip to Chiang Mai with flights and hotel included, as well as reward-U points will also be up for grabs.

Meanwhile, HK Express is also offering a buy-one-get-one-free deal for those travelling in pairs or multiples of two. The offer is available for bookings made between November 1 and 3, for flights between November 16, 2016 and March 25, 2017, to most destinations in the carrier’s network.