Malaysia Airlines Berhad’s (MAB’s) new chief executive Peter Bellew has outlined his plans to help get the struggling carrier back on its feet.

Building on predecessor Christoph Mueller’s RM6 billion (US$1.48 billion) recovery plan, Bellew believes that he has the toughest job in the business today, but remains confident that he can bring around “the greatest turnaround in the history of aviation”.

In an interview with Channel News Asia, Bellew revealed that MAB’s average load factor was 68 per cent, which is just shy of the break-even point. However, the chief executive believes that “over the next 18 months, we can have a really good stab at getting it up to 80 per cent”.

To achieve this, Bellew outlined a number of cost-saving measures that have already been put in place. For example, as reported earlier this month, MAB has introduced mandatory self-print baggage tags to cut costs. However, Bellew also emphasised that most of the cuts would not affect passengers.

“It’s attention to detail in all areas, but particularly on the cost side,” he said. “Like how much do we pay the guy who puts the fuel in the aircraft? If you’re buying nasi lemak in Shanghai, what do you pay over there?”

This attention to detail has already resulted in more prudent spending. In particular, Bellew revealed that the airline paid 40 per cent less for the B737 Max order that it made last month than it did in another aircraft order years before, while airport costs are falling by 35 to 40 per cent.

Moving forward, MAB customers can expect the airline to become more aggressive with the pricing of tickets, as well as with its promotions.

“I think we’ve been a bit shy with promoting ourselves,” said Bellew. “We generally had a middle price for everything – we weren’t the most expensive and we weren’t the cheapest. So we’re going to take a much more aggressive line on our fares.”

Another plan is to move some of its flight operations to the low-cost terminal, KLIA2. Speaking to The Star, Bellew said: “We are planning to operate some leisure flights from KLIA2 in 2017, where costs are lower by RM33 (US$8) per passenger or RM5,412 (US$1,338) per flight than the main KLIA terminal. With one flight daily, this will result in savings of RM1.975 million (US$488,581) a year.” 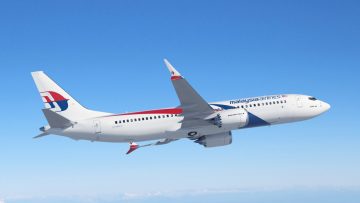 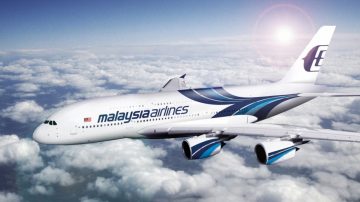