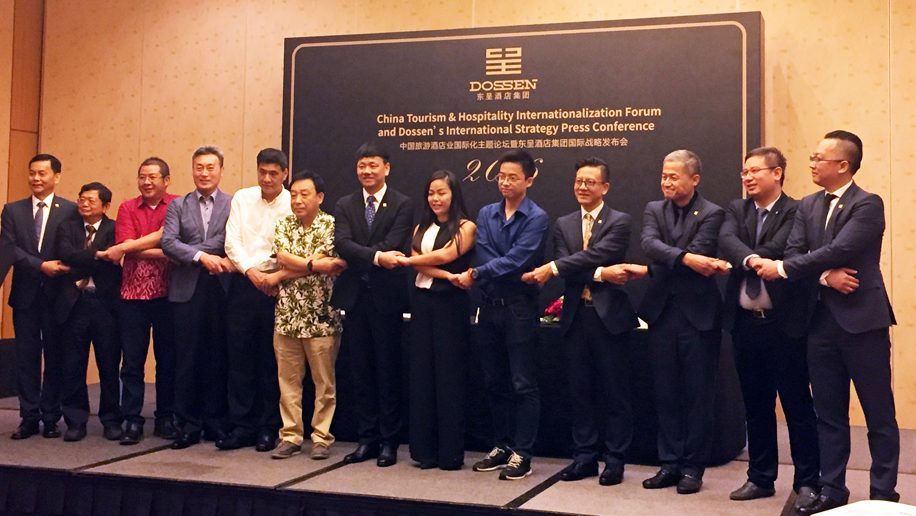 At a press conference during the recent ITB Asia event in Singapore, the Dossen Hotel Group, previously known as Eastern Crown, announced and signed a number of new project agreements with investors from Seoul (South Korea), Malacca (Malaysia) and the cities of Bandung and Jakarta (Indonesia).

This comes in the wake of a strategic cooperation agreement signed in February this year with Marriott, whereby Dossen will manage the international hotel group’s mid-scale Fairfield by Marriott brand in China.

“There are 750 Fairfield by Marriott hotels in the world right now,” said Allan Cheng, president and founder of the Dossen Hotel Group, “and Dossen will develop 140 new Fairfield hotels in China over the next five years.

Dossen is not a widely known name, but it has a ten-year history through first the City Comfort Inn brand, then Eastern Crown, which was established in 2014 and named the “Fastest Growth Chain Hotel Brand” by the China Hotel Association. Renamed the Dossen Hotel Group in 2016, it now operates eight brands comprising more than 900 hotels in over 200 cities in China, Malaysia, Belarus and other destinations around the world.

Dossen does not go in for the luxury market, preferring to target the economy, mid-scale and upper-scale sectors. “We have learned from the international hotels [in China] in the last 30 years,” said Hansen Zhao, president of Dossen International, Dossen Hotel Group. “We want to combine ‘Oriental wisdom’ with international hotel expertise, and are looking to double our hotels and customers in the next ten years.” The hotel group will use local partners for its overseas properties but Chinese capital as it expands its portfolio, he added.