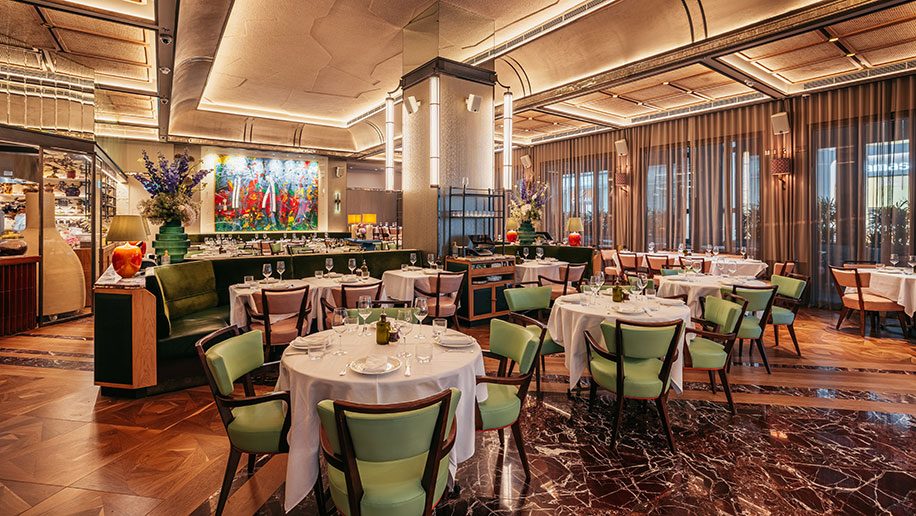 Background Chef Izu Ani is undoubtedly one of Dubai’s most well-known chefs. Greek restaurant Gaia which opened in 2018 is what put Ani firmly on the city’s culinary map, the likes of Shanghai Me and La Maison Ani are what have kept him there. His restaurants are where you’ll find UAE royal family members visiting – his Instagram shows images of Sheikh Mohammed bin Rashid Al Maktoum, Vice President and Prime Minister of the UAE and Ruler of Dubai, as well as Sheikh Hamdan bin Mohammed bin Rashid Al Maktoum, Crown Prince of Dubai, dropping into Alaya for a meal.

What’s it like? The licensed restaurant is a masterclass in interior design and doesn’t look out of place compared to the high-end art galleries which are only a stone’s throw away. Curated by interior design firm Sagrada, Alaya has geometric-patterned wooden floors, ceilings with a combination of cane, wood and velvet, as well as an open kitchen with marble lining its walls. Above the leather couches at one end of the restaurant hangs a majestic large oil on canvas piece, Cinco Cames, by Lebanese artist Marwan Sahmarani. 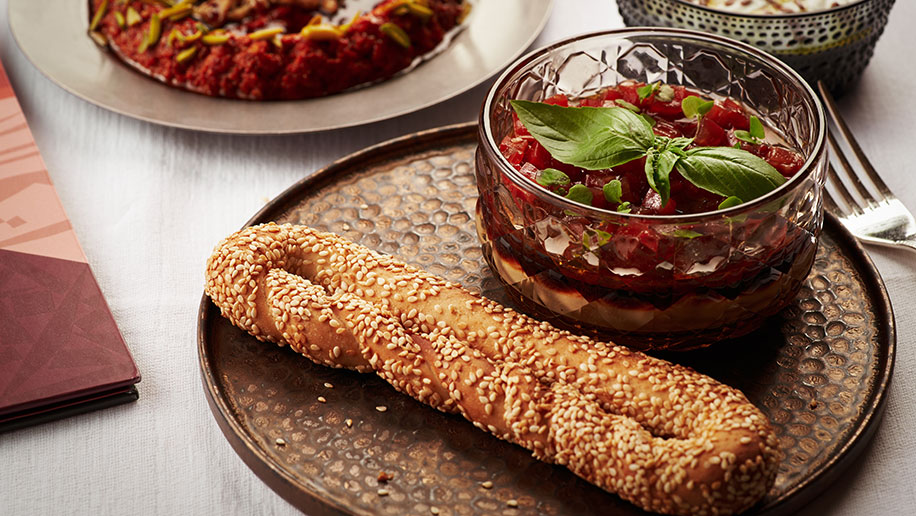 The venue Located in DIFC Gate Village 4, it’s only a few metres away from stellar competition including Zuma, Cipriani, Clap, Roberto’s, the Four Season and from sibling rivalry by way of Gaia and Shanghai Me. Yet, there’s a confident vibe all around this fine-dining restaurant which brings a level of service and quality of food that doesn’t need to play catch-up to any other restaurant in the vicinity.

Food and drink The Levant-Mediterranean menu is neatly divided into starters which include a selection of mezzes, a rotisserie selection, and the mains. Freshly baked bread is served with comforting feta cheese once we are seated. We opted for the fried calamari – covered in semolina crumbs – a shish kofte which was succulent and presented on a bed of tomato sauce, and a cheese borek that consisted of a flio dough filled with a combination of five kinds of cheese. From the rotisserie section, we ordered some brilliant tenderloin wagyu beef from Australia. For the mains, we opted for the seafood manti which was a delicious preparation that included king crabs, prawns and lobsters. For dessert, the chocolate cake is an excellent choice, nearly as much as the vanilla ice cream which accompanied it. Although we didn’t ask for it at the time, Alaya is one of only a few high-end establishments in the city with a dedicated vegan and vegetarian menu too.

Service Impeccable. The staff are highly-trained, amiable, can strike up a conversation and also know how to ease out of one the moment your food arrives in order to leave you to enjoy your meal. They’re very well-versed with the menu and make excellent recommendations if you ask them to assist. 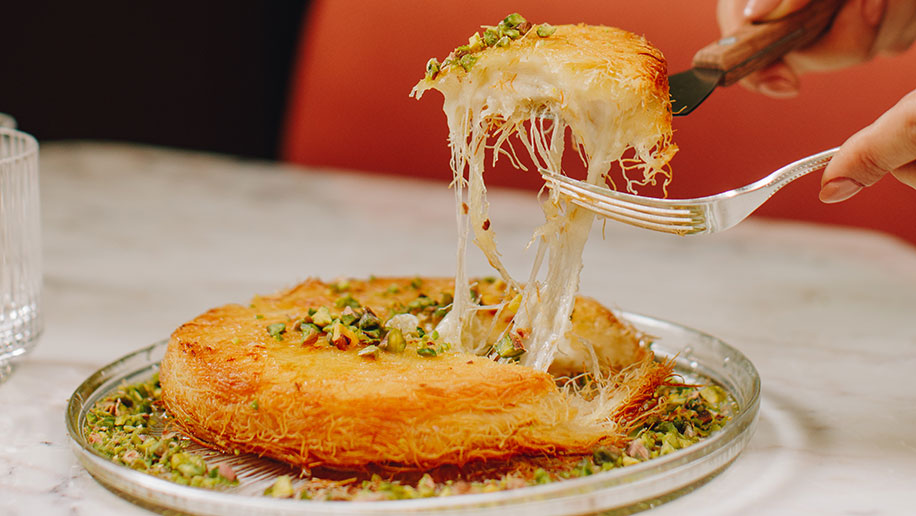 Verdict Izu Ani is a name that alone will pull patrons through the door. But as can sometimes happen with the celebrity-chef phenomena, it fades as does the appeal of the restaurants that they are the face of. Ani’s star is only rising though and Alaya makes it clear that he’s very much at the top of his game. Where Ani goes, we’ll happily follow.