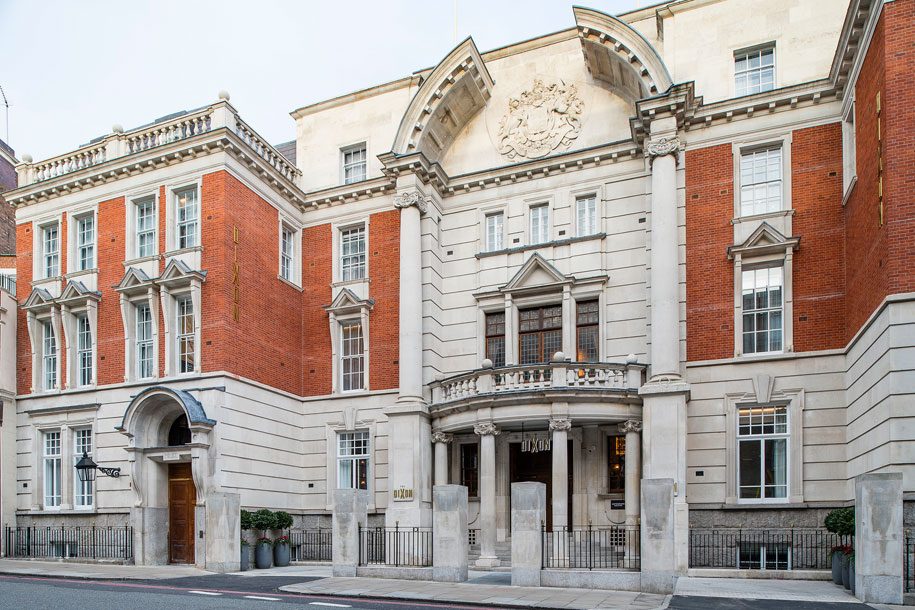 Truly impressive renovation or rather re-imagining of an old magistrates’ court building. There seems to be a slew of these happening in recent years. The earliest I remember was the Courthouse Hotel on Great Marlborough St in London which opened many years ago and has, at various times, been a Kempinski, a Hilton and now is independent (but a member of World Hotels).

We also reported recently on one to come

Anyway, this one opened in December 2018, and is a great example of what can be achieved within the strict rules imposed by the heritage authorities and also with some imagination. It keeps lots of mementoes of the court’s previous life – and let’s face it – this isn’t a building with happy memories for many of those who passed through it, though I suppose it might have had moments of fun for those who worked there in an administrative capacity.

First impressions are good. You walk up some steps and the doors swing open to reveal the grand staircase, with lots of art at the top of the stairs. 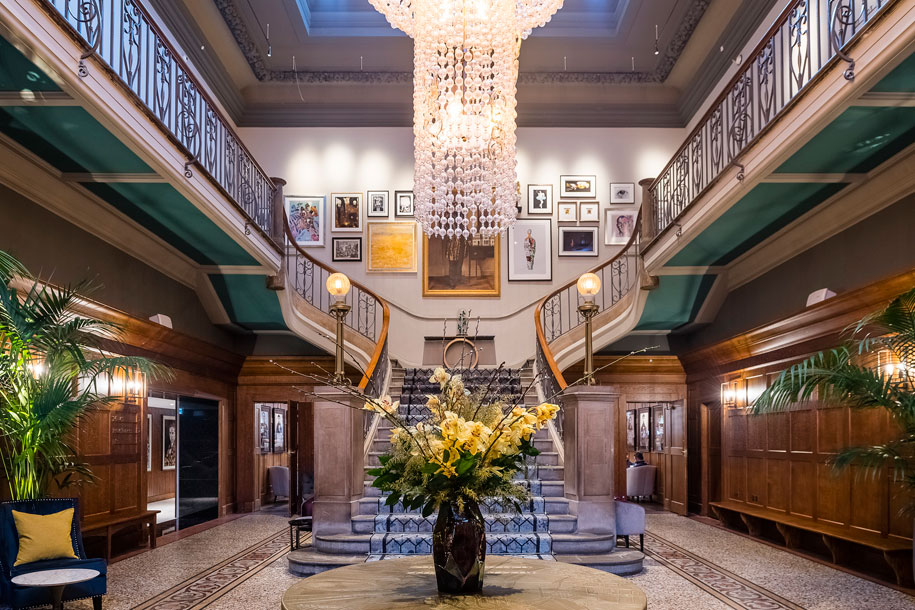 The property is named not after Dixon of Dock Green, but after John Dixon Butler, the architect who designed the Grade II listed building in 1905. The property is owned and managed by the Dominus Group which is owned by the Ahluwalia family, and the architectural restoration was led by Consarc Design Group while interiors have been designed by Rani Ahluwalia at M Studio London, and Twenty2degrees.

The lobby has restored original flooring and oak paneling on the walls, as well as a chandelier with 60 handcuffs finished in gold leaf set into it. At the top of the stairs is a portrait with a head of flowers – apparently there are no portrait photos of the architect John Dixon Butler in existence, so this is a nod to this.

Reception is on the right – check-in was quick (certainly quicker than check-out), and then to find the elevators you walk back into the main lobby, take the corridor to the far left, stopping to look at three large portraits of men (George Orwell, Ernest Shackleton and Charlie Chaplin) while on the other wall there are metal casts of the graffiti that was scrawled on benches in the old court) and make your way through to the lifts. These have a key artwork around them, with cell keys restored and set against a metal background. 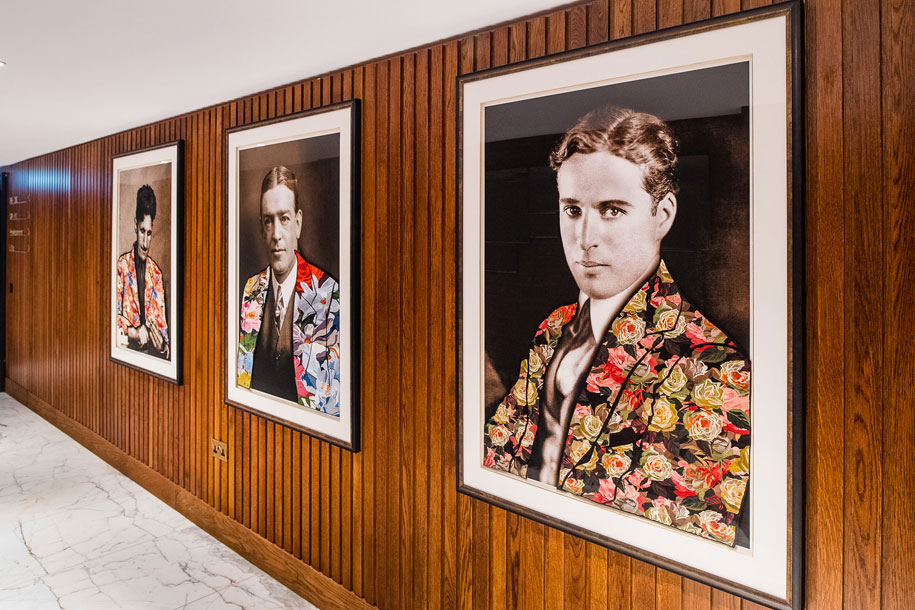 On Tooley St, a ten-minute walk from London Bridge station. On the way there you walk past the Lalit Hotel which is looking very impressive from the outside.

I should say that despite unbelievable makeover of this area and its proximity to sites such as Tower Bridge, Butler’s Wharf and the vibrant street markets and shopping of Bermondsey St, this isn’t an area the unwary would be advised to walk around at night, particularly the south side of Tooley St.

It’s an area where the affluent and the poor rub shoulders. That’s London, and an accurate reflection of it, but before going sightseeing south of Tooley St through the housing estates opposite, you’d be best to take some advice from the concierge. 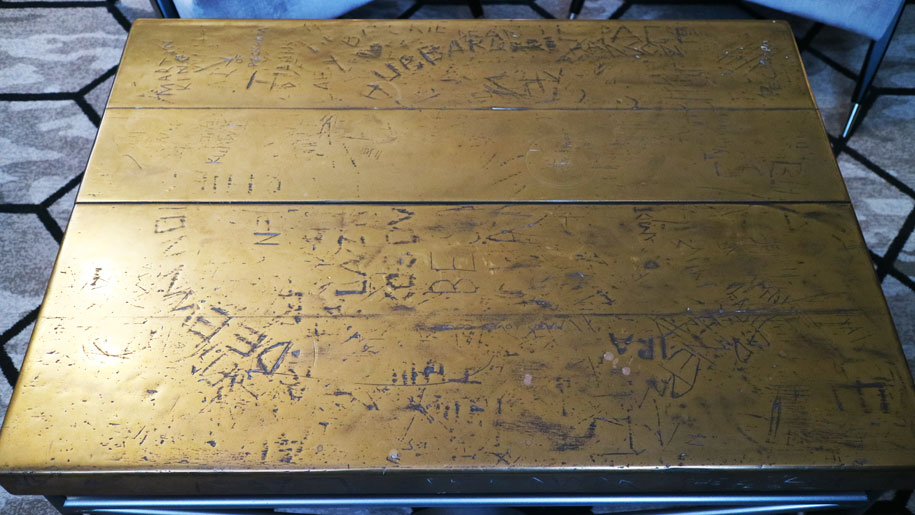 The Dixon has 193 rooms, including 14 suites. The hotel has six storeys in total (seven if you include some lower ground floor rooms), though it is two buildings joined very cleverly, with the historic building linking back into a new building. As you’d expect, nearly all of the rooms are in a new build at the back of the hotel, with the suites occupying the older rooms with their varied sizes and varied ceiling heights, some even with fireplaces.

The hotel is bounded by Boss St on one side and Queen Elizabeth Street at the back, so many rooms are outward facing and some of the higher ones have views of Tower Bridge and a couple even of the Shard, but there are some looking into an inner courtyard.

The rooms are all a good size, ranging from the 20 sqm Dixon Room through to the Superior rooms (25 sqm) and Executive Rooms (26 sqm). All have Murdock amenities in the rooms, mini bars, free water and wifi, and are decorated in bright colours for the furnishings with grey timber furniture, and blackened steel and oak accents, along with nods to the locality, even if it’s a portrait of George Orwell. 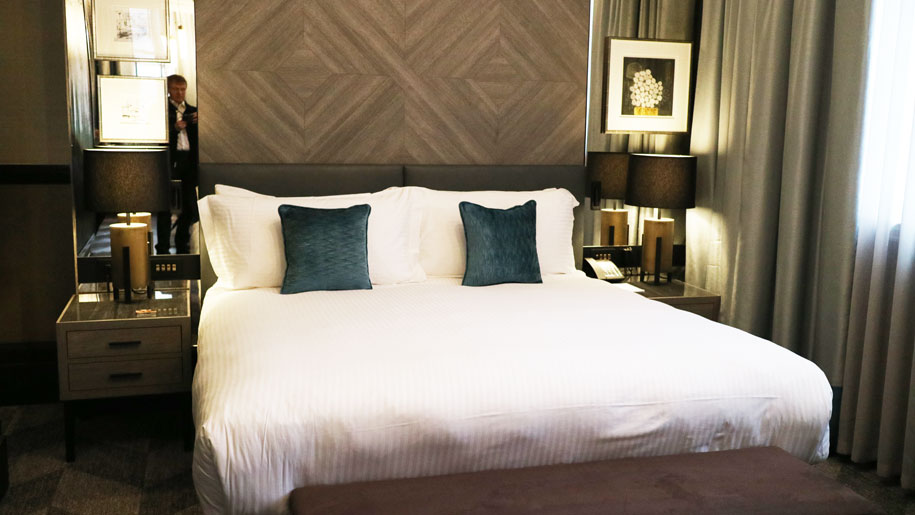 The Courtroom Bar is one of two courtrooms in the hotel (the other is upstairs and is a meeting room). There are mug shot pictures framed on the walls and also a wooden framed glass case where once the court proceedings would have been, which now has a reproduction of a newspaper from the early 1900s. It also has a chandelier of 193 spheres to represent the number of rooms at the hotel.

Drinks are served from a slightly sunken bar and are excellently prepared cocktails by (when we were there) Alessio. I’d recommend his version of a Manhattan called a New York Nightcap – pumpkin seed infused bourbon whisky, Amaro Avrena, Kahlua and cherry and orange bitters. The Sloe 75 was good as well – sloe gin, chai syrup and champagne.

The restaurant is called Provisioners and has a “modern, Bauhaus-esque design inspired by European cafe culture”. It is overseen by Clive Watson, who also runs Blixen and Lorne in Victoria. The restaurant is best viewed (and entered) from the street – it looks a little like a canteen when you first enter it or view it from the hotel entrance and my heart sank a little thinking this is where I’d be eating on a rare Friday night out with my wife, but I needn’t have worried. There are sketches by Sir Kenneth Grange on the walls – he designed the anglepoise lamp and Instamatic Kodak 33 cameras – there are some on the shelf by the reception to the restaurant as well as the Intercity 125 – golly, the years I’ve spent on those – he even has one named after him.

In the centre of the restaurant there are two restored holding cells – and they are very small – you certainly wouldn’t want to use them for private dining. There were originally 20 of these and you can see markings on the floor where they used to be.

The food here is excellent, both in the evening, when we ate, and in the morning, where there is a large buffet but also some excellent a la carte options. The evening menu changes regularly, but you can see the current menu here. Main courses are £15-£20 (the steak is £28).

The restaurant has a sort of café area towards the back on Elizabeth Street and blends its own excellent Shakedown coffee – well worth trying. This is the Marriott Autograph “Mark of Craft”, by the way.

For breakfast, as well as the buffet I had The Works (it’s called that on the menu) which is eggs, Toulouse sausage, Aubrey back bacon, mushroom, tomato, beans, black pudding, bubble & squeak (£18, but included in some room rates) and my wife had the Vegan fry-up of Moroccan spiced cauliflower, avocado mash, spinach, wild mushroom (12). 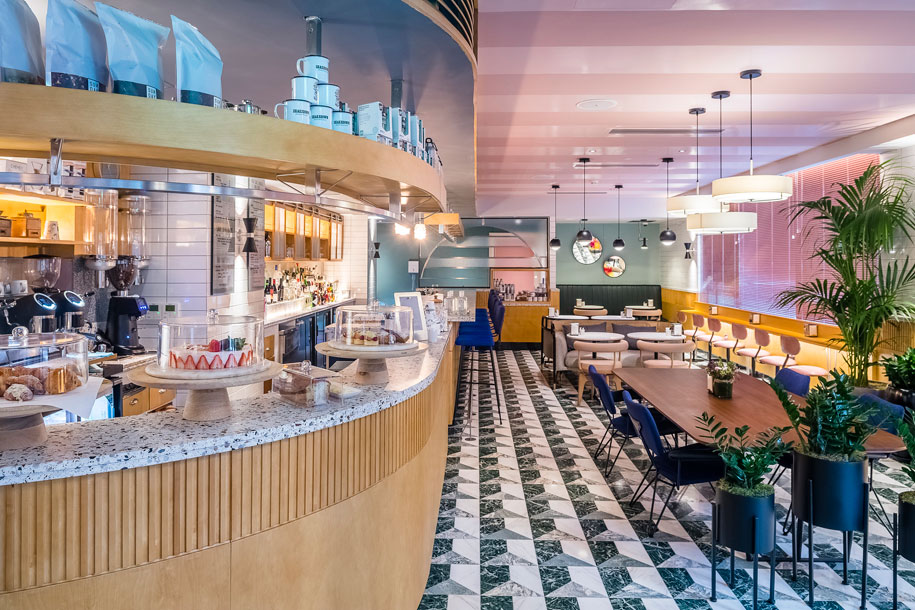 The hotel’s second courtroom (The Dock) on the first floor is now a meeting room (accommodating up to ten boardroom style) with oak paneling and modern artwork, and there is the Chambers, a larger room, again with wood paneling (up to 24 boardroom style). 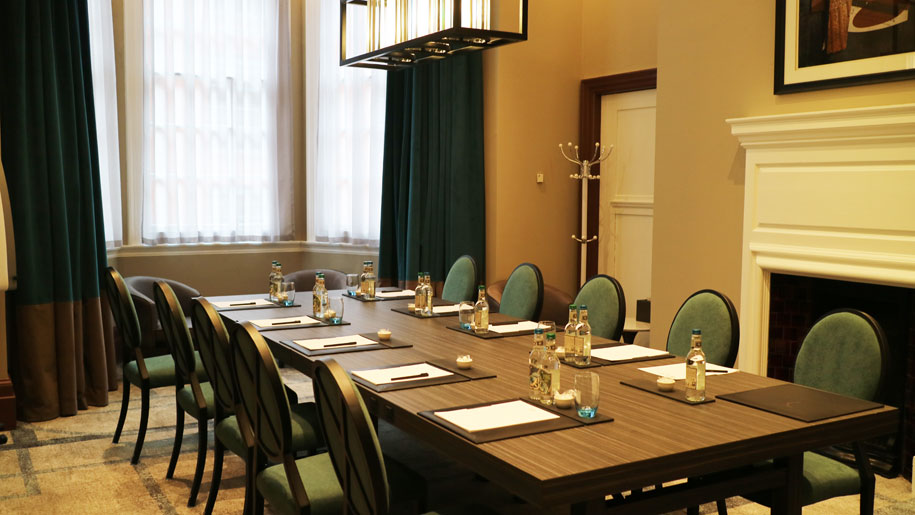 Although this is part of the Marriott group, it feels very individual and a hotel deliberately part of its locality and unique in its own right. It is also a pleasure to stay in, with the staff managing to deliver a high level of service. I was always very impressed with the food and drink on offer.

Compared with the other Autograph hotel just a mile or so away – Bankside – you couldn’t have a more different experience, but both hotels really do offer a sense of the locality and have talking points while delivering the basics such as a good night’s sleep and good service, with touches of luxury.

Best for Fascinating history and delicious food and cocktails in the Courtroom Bar.

Don’t miss A cocktail at the Courtroom Bar. 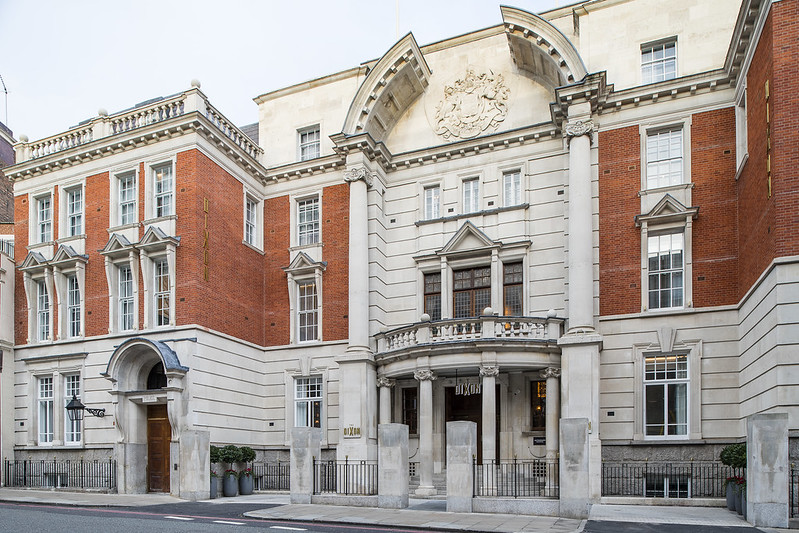 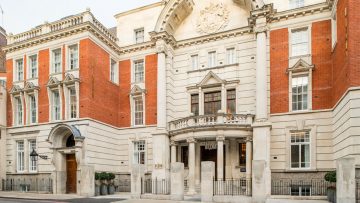 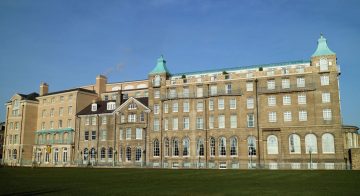 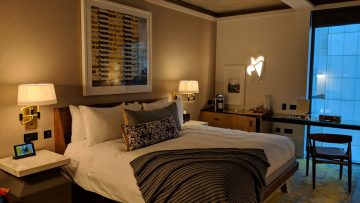