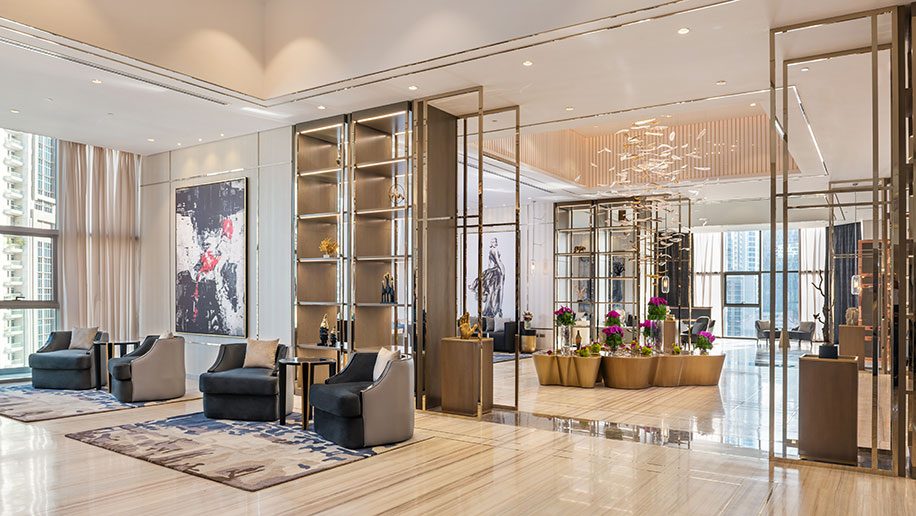 Background: It’s the second Paramount hotel in Dubai. It opened in March this year and, according to its staff, has been close to full capacity on several occasions since then.

What’s it like? The reception on the ground floor serves as a welcome area for guests. They are then whisked up in an elevator to the lobby which is located on the 14th floor. The lobby includes images of famous Hollywood stars including Marilyn Monroe and Audrey Hepburn, besides a life-size statue of Charlie Chaplin. Marble flooring and hints of gold, as well as a beautiful floral arrangement in the centre
of the space, keeps the experience classy. 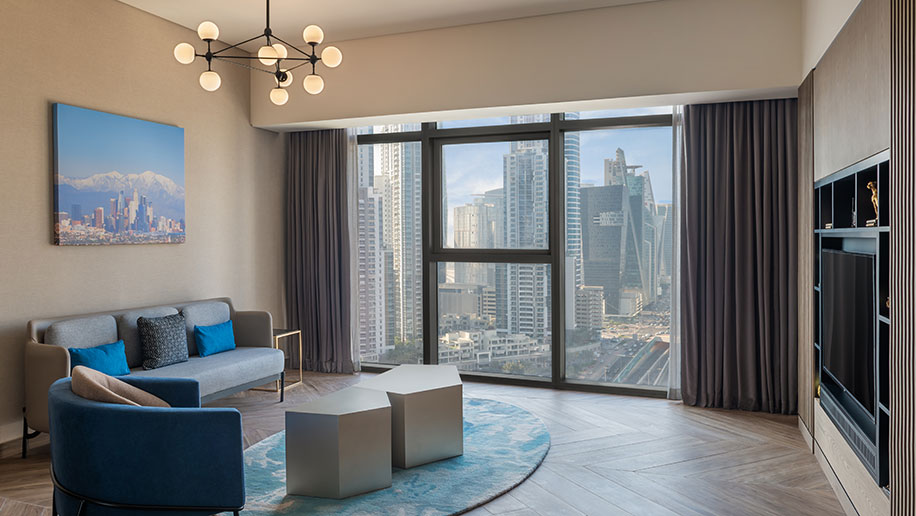 Where is it? It’s located less than a two-minute drive from the Dubai International Financial Centre. It takes less than a 10-minute drive to reach other landmarks including the Dubai World Trade Centre, Burj Khalifa, Dubai Mall and La Mer. Located just off Sheikh Zayed Road, it’s a short walk away from the Business Bay Metro station too.

Rooms: There are 281 rooms and suites that offer up views of either the Burj Khalifa or the coast. The suite we stayed in – Premiere – had views of both since it was along the edge of the building. Its living room opened out onto a balcony that ran the length of the suite. Floor-to-ceiling windows meant the entire suite was lit brightly during the day. There’s a large flatscreen TV set in a wooden cabinet in the living room and another one in the middle of the bedroom. The marbled bathroom with José Eber amenities has a stand-alone bath, rain shower and vanity desk. The well-appointed suite also had a king-size bed and a writing desk. Room service is prompt and the men who came to resolve a technical glitch with the TV were dressed in Tom Cruise-inspired Top Gun overalls. 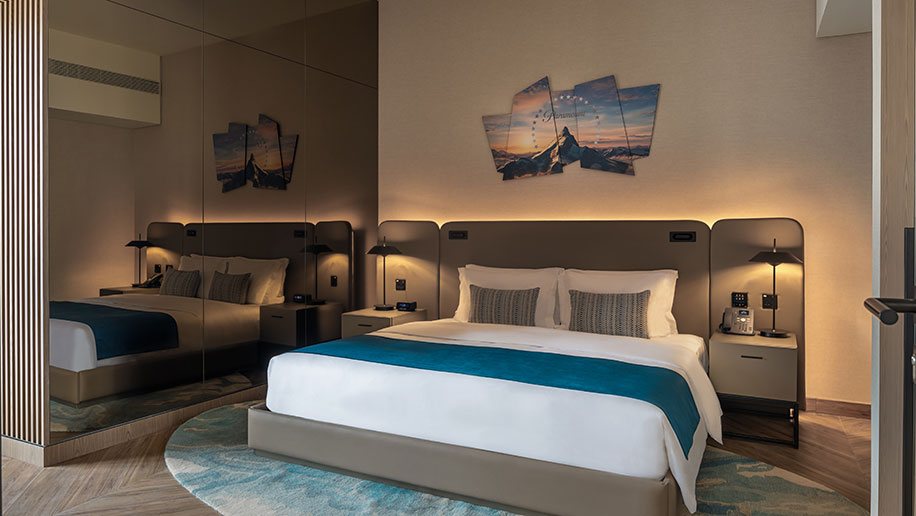 Food and drink: There’s L-Café in one corner of the lobby and it’s a great place to wait while you check in. There’s the bright and airy Cinescope all-day dining restaurant where a continental breakfast is served alongside regional specialities. The highlight F&B offering at the hotel is the Paparazzi Tuscan fine dining restaurant on the 14th floor. It organises a Friday night brunch with a set menu which is a must-try. It features live music, muted lights, and an exquisite chandelier in the centre of the room. The menu includes a delightful olive tapenade crostini, crisp calamari, a creamy spinach ravioli and perhaps one of the finest tiramisus we’ve sampled in the city. The restaurant excels in presentation – we’d be surprised if the Michelin inspectors don’t have this restaurant on their radar already.

Business: The 15th floor has a modest-sized business centre. There are four meeting rooms that can be configured to accommodate up to 150 guests. Keeping with the Hollywood theme of the property, the hotel refers to the meeting rooms as ‘Business Studios’. 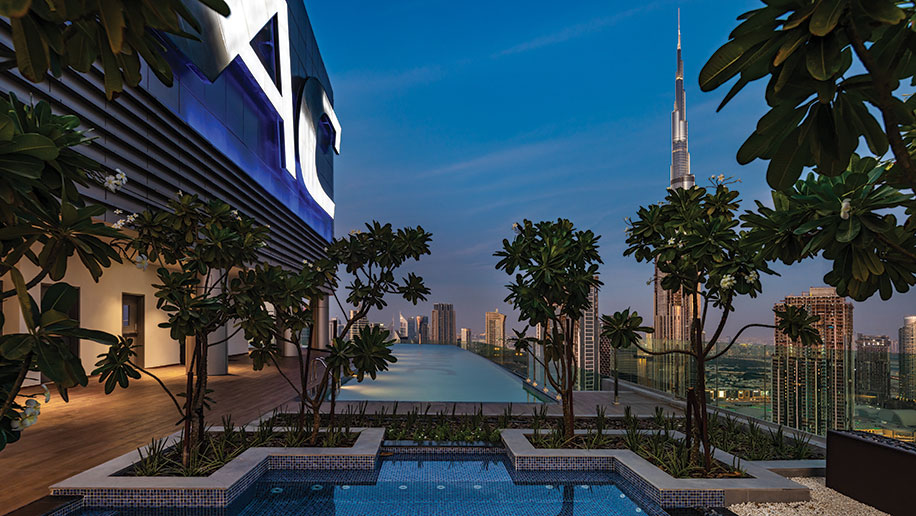 Leisure: If you want to stay in your room itself, the TV features Airtime – an entertainment programming platform that has several paid-for and free content – including, of course, Paramount Pictures releases. Elsewhere in the property, there’s Pause Spa which has collaborated with French brand Château Berger. There’s a kid’s room and gym as well, but the property’s highlight has to be the pool that nearly wraps itself around the rooftop of the hotel on the 64th floor. The infinity pool has breathtaking views of the Burj Khalifa, the coast, and the high-rises along Sheikh Zayed Road.

Verdict: If the first Paramount hotel that opened in Dubai was all about a big budget production, think of the Midtown property as an art house production – it’s cleverly designed, accessible for those on a more modest budget, but has an equally riveting storyline with a twist in the plot – in the case of this property, it is that stunning rooftop pool with a separate large spa bath.

Best for: Easy access to the entire Downtown Dubai area

Don’t miss: The rooftop pool with stunning views of the city

Price: Internet rates for the rooms start at Dhs520 per night and suites begin at Dhs800 per night