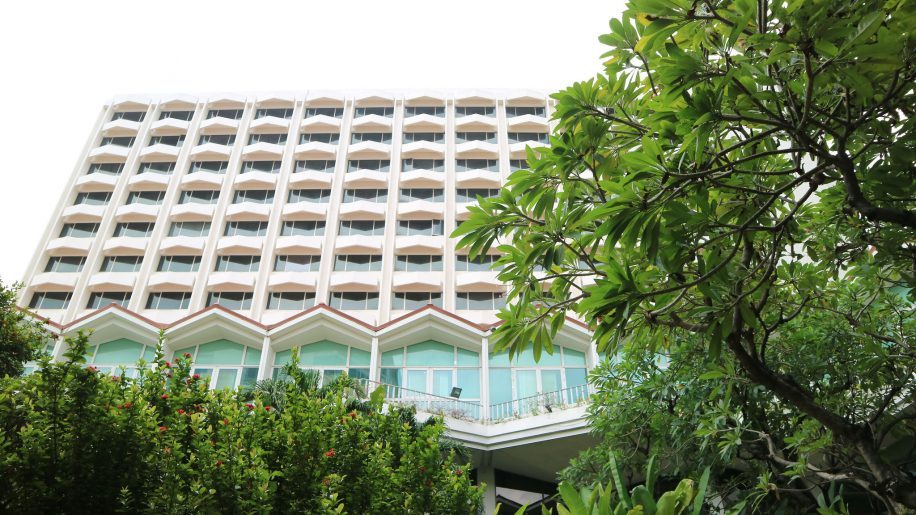 The Dusit Thani will close on April 16, 2018 to be completely redeveloped (knocked down) before reopening in 2022 with a new Dusit Thani hotel as part of a mixed use development.

When it first opened in 1970, it was the tallest building in Bangkok – 100 metres to the tip of the spire which was inspired by the famous Wat Arun temple. It still is a landmark, and one which will be missed by many visitors to the city and residents who have spent time in its various restaurants, bars and function rooms. 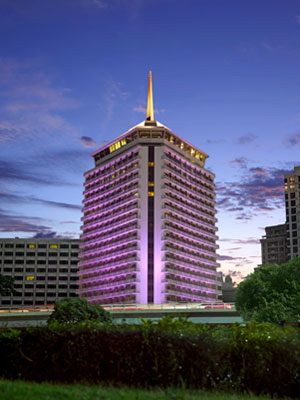 In its final months, but still going strong, the Dusit Thani has a sort of old world charm without being faded. The lobby reminded me of the Shangri-la on Orchard Road in Singapore, and perhaps that’s because it was the same Japanese firm Yozo Shibata and Associates (later the KKS Group) that designed both.

Both the exterior and interior are beautiful, and the hotel benefits from its history not only because there is lots of greenery both around the entrance and the gardens (the developers says that many of the trees will be conserved), but also because the interiors have a classic feel to them – teakwood furnishings and lots of marble.

The main tower is triangular and to one side there is a hexagonal pool surrounded by low rise buildings which house the gym, pool bar and the Devarana spa. This swimming pool is almost hidden by the trees, but the lower lobby area is linked to it via a waterfall and a terraced garden.

The time of our stay was doubly poignant since not only was the hotel commemorating its history – there were large photo boards showing notable moments and famous guests who have stayed, but also the nation was in mourning for the King and the cremation was taking place the following week, with huge billboards showing photos dating back decades from the reign of this much-loved monarch.

Opposite Lumphini Park close to the Skytrain (BTS) Sala Daeng station and also Silom metro station (on the National Stadium – Bang Wa line). A few minutes walk around the corner is the Silom shopping centre which has lots of restaurants.

The 517 rooms all have exterior views and have dated remarkably well, though obviously many have been updated in recent years. The wood detailing and mirrors make them seem light and airy, and they are all a good size considering the requirements for five-star hotels in recent years has been for room sizes to become larger – the entry level Deluxe rooms are 30 sqm (149 of these), Superior rooms are 35 sqm (233 of these) and have views across to the park and both Dusit Rooms (71 of these) and Dusit Club Rooms (36 of these) are 60 sqm; the latter having access to the Club Floor.

All rooms have free wifi, bottled water, balconies, mini bar and coffee/tea making facilities, good size work desk and satellite television. There’s a shortage of power points – so if you are travelling with a companion and you both have phones, an iPad and a laptop it can be a matter of swapping chargers every so often, but older hotels all have the same challenge. The free wifi was very swift. 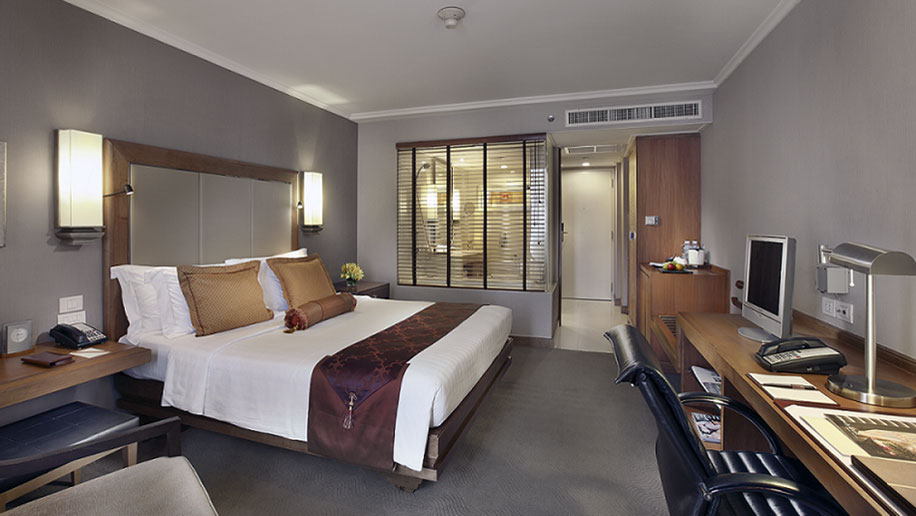 Nearly all the restaurants and bars have references to Thai history (see below). Close to reception is Library 1918 which looks like a bar from the outside is, in fact, a tearoom. The 22 Kitchen and Bar on the top, 22nd, floor, has fabulous views and serves seafood, but was shut for a private function when we were there. It was once Tiara – Thailand’s first supper club – everyone from Rod Stewart and Stevie Wonder have played there (presumably at private parties).

Other options include Benjarong (Thai); Hamilton’s Steak House; The Mayflower (Cantonese), The Pavilion (international); Thien Duong (Vietnamese) and also a coffee shop in the downstairs arcade for pastries and cakes. 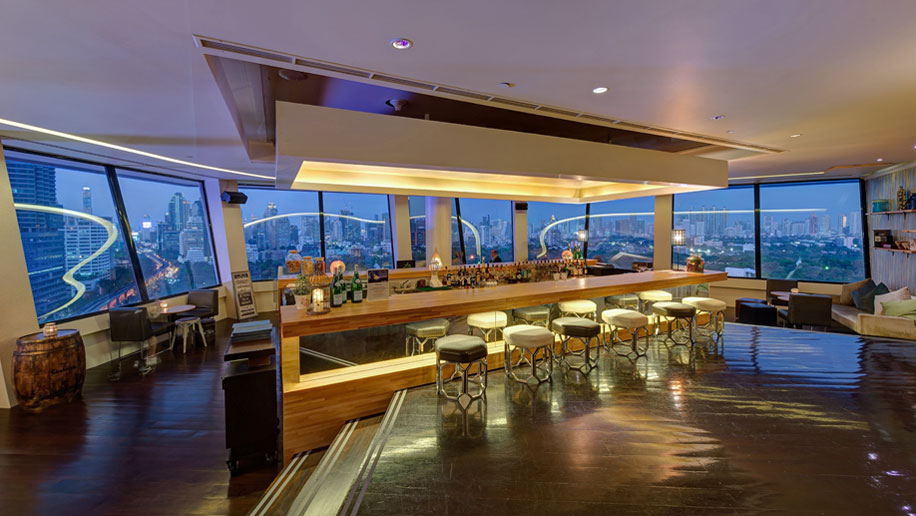 As well as the outdoor swimming pool there is a good size gym with aerobic studio, squash court and the Devarana Spa.

The Dusit Thani is a class act, and though it’s perhaps inevitable that its redevelopment involves its demolition, it won’t only be architecture and design fans that miss the building and its interiors. They don’t make hotels like this anymore, and more’s the shame. It’s on a human scale, yet big enough for forty years of memories.

What will remain (hopefully) is the tradition of service, which throughout our stay was exemplary: helping us with everything from travel plans and restaurant recommendations to the best way to get to the airport the morning of the King’s cremation.

The below link has over 120 images of the hotel, some from the hotel, and some I took during my stay. 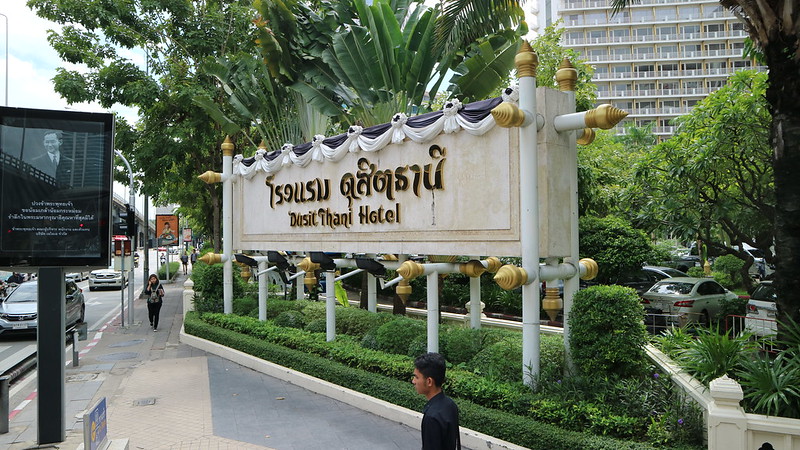