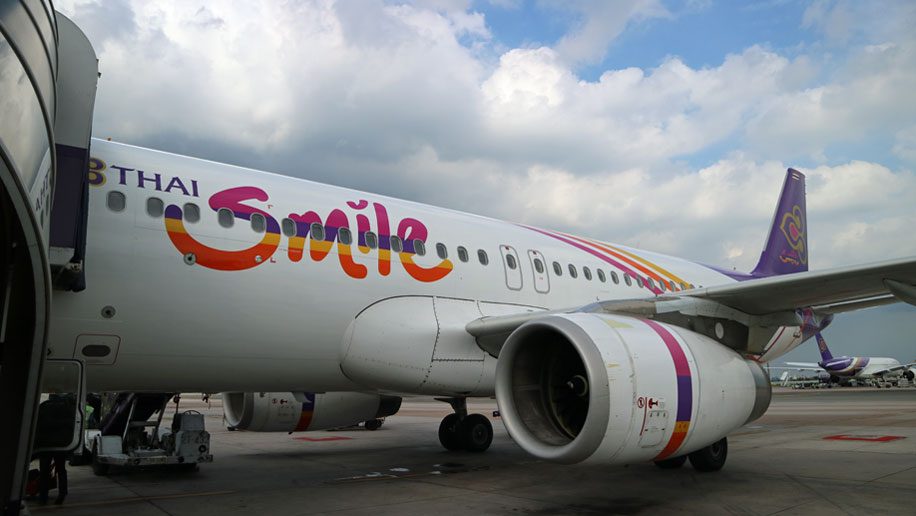 We arrived at Bangkok International Airport at 1300 for our 1520 departure on Thai Airways flight WE164.

We had bags to check, but there was no queue. When booking the flight I had thought the checked bag weight had to be kept to 15kg, but I was mistaken, since it was 20kg.

We then went through security, which was very quick, and found the food court to get something to eat, since we were unsure whether there would be food on the short flight north to Chiang Mai. 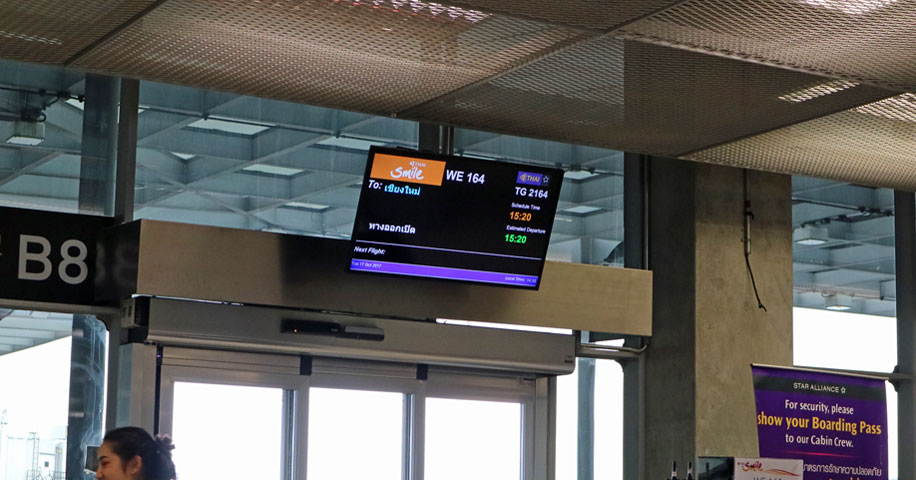 There were two Thai Smile flights boarding at neighbouring gates.

It was very well organised, with gold card holders being invited to board first (there weren’t many of these). I am unsure if this is members of Thai Airways Royal Orchid or the programme for Thai Smile. I am a member of Thai Airways Royal Orchid and understand that it is possible to earn miles when booking and flying with Thai Smile, but I have never been able to add my number to the bookings, so perhaps it is not possible when booking the least expensive flights.

We then took a bus out to the aicraft. 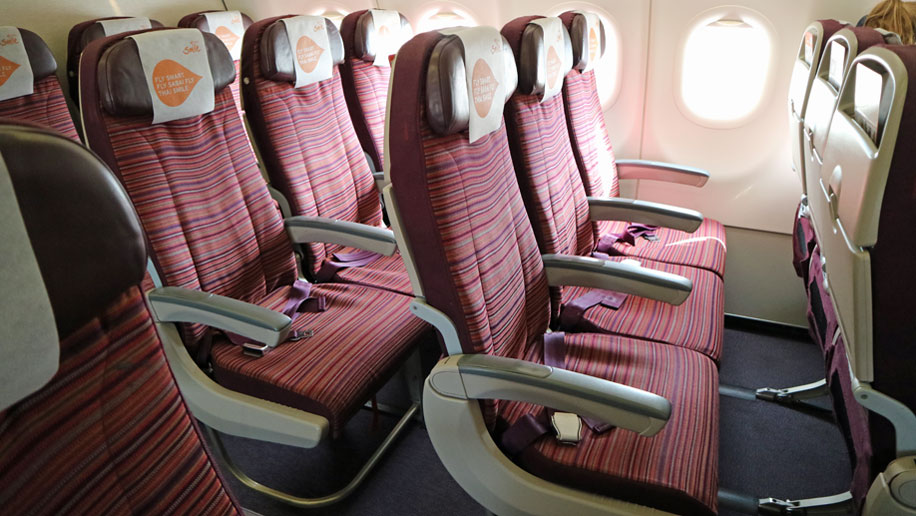 The flight was full, but it was hassle-free boarding, though once again we had to show our boarding pass.

We all had pre-assigned seats (without any extra cost) so found where we were sitting and waited for the flight to take off. It was quite strange, because once the doors were shut the aircraft was pushed back while people were still putting their luggage away in overhead compartments and walking up and down the aisle.

The flight attendants didn’t seem too bothered about this, but then once everyone was seated, made a point of going up and down telling everyone they had to not only make sure their phones and ipads were in flight safe mode, but were in fact turned off and put away. 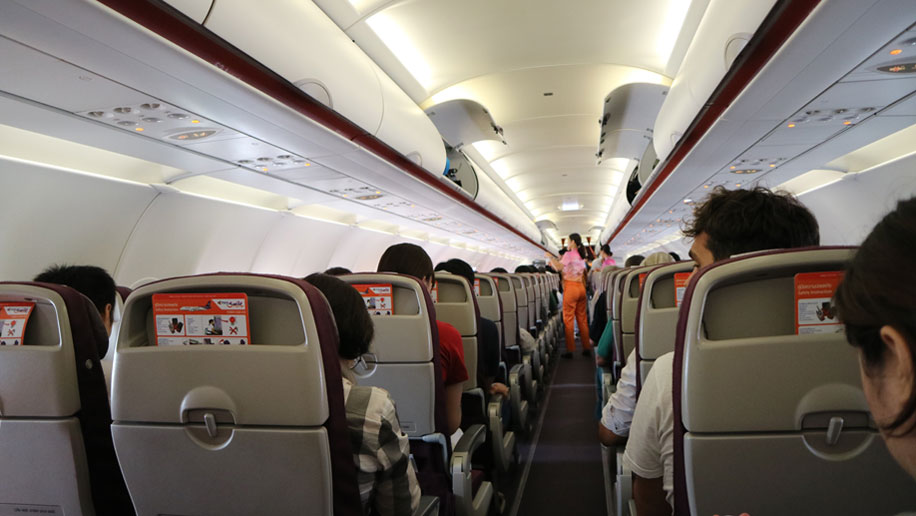 They did this for both take off and landing. On landing when I pointed out that my phone was in flight mode (I was reading an online news piece) and I was not in an emergency exit, they still said it had to be turned off.

Of course it is up to each individual airline what it decides is necessary for safety, but I would respectfully suggest making sure everyone has stowed their luggage and is sitting down might be as important as insisting phones are powered down for both take-off and landing. 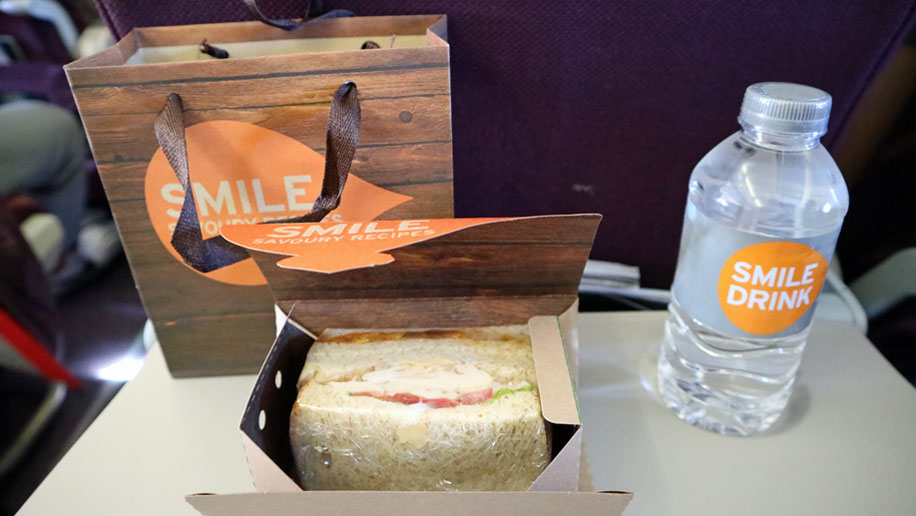 I was very impressed with the service. Unexpectedly, we were given two sandwiches and a bottle of water, and then also free soft drinks from a trolley that went up and down. Considering it was such a short flight and was almost full, the flight attendants did this in a very unrushed and professional manner, with lots of smiles (appropriately enough). 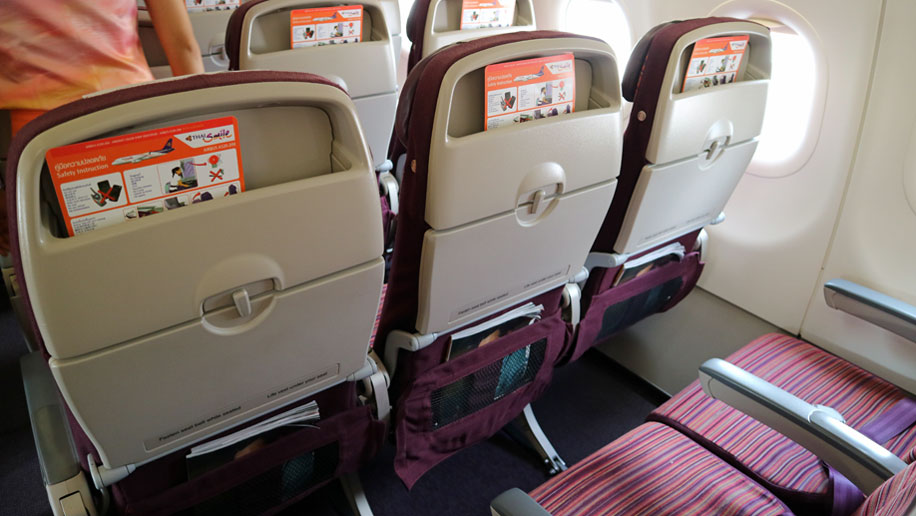 We arrived on time, and this time had an air bridge into the airport at Chiang Mai.

We were domestic passengers so had no wait and after a few minutes our checked bags arrived on the carousel. 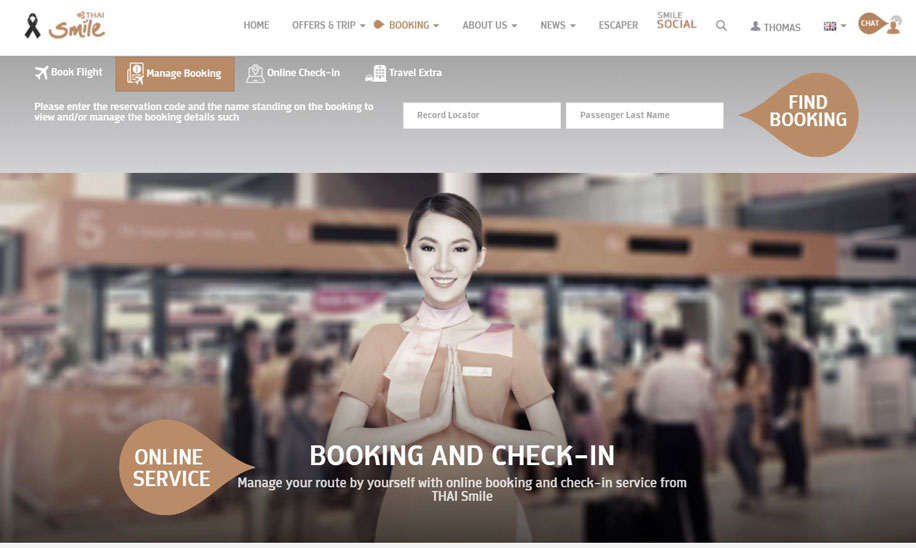 Very good, and exceptional value for money, with checked bags included in the price of the ticket and the free food and drink. I don’t understand why you have to turn off your devices for take-off and landing, but since no one around us did, I suppose most passengers just ignore it anyway. 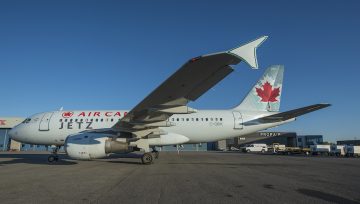