The Minor Hotel Group has announced the expansion of its Oaks Hotels & Resorts brand into India. The brand is one of Australia’s largest serviced apartment providers with 52 properties spanning Queensland, New South Wales, Victoria, South and Western Australia as well as New Zealand, Thailand and the United Arab Emirates.

The first Oaks property in India is in Neemrana, a business hub southwest of New Delhi, on the Delhi Mumbai Industrial Corridor, approximately 90 km from Gurgaon and 140 km from Jaipur. Its history dates back to the 15th century with the construction of the famous Neemrana Fort Palace, which was restored in 1991 and subsequently converted into a hotel.

Neemrana has a Japanese and Korean investment zone, Export Promotion Industrial Park, RIICO Industrial Zone 1 & 2 and Knowledge City, the buoyant economy of the region is making Neemrana a lucrative option for individuals and companies to bring their businesses.

Oaks Neemrana is under development in the centre of the town and is scheduled to open in 2017. The new property will be housed above NSP Arcadia Mall which is also currently under construction and will offer a supermarket, banks, department stores and retail outlets, along with restaurants and family entertainment including a multiplex cinema. An additional hotel is under development in the neighbouring tower, which is expected to open shortly after the mall and Oaks.

Facilities at the 116 unit Oaks Neemrana will include an all-day dining restaurant with sky garden, a lobby café and lounge area, a pool bar, meeting space of 160 square metres with capacity to accommodate up to 80 people, plus a gym and a kids’ play area. 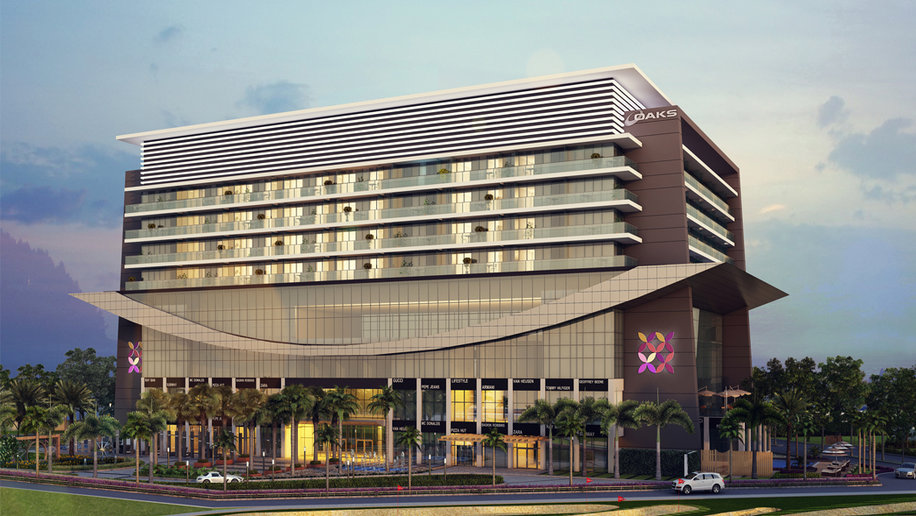