The Skyteam Exclusive Lounge, which can seat up to 230 passengers, is located in Terminal 1 near Gate 15 and is open daily from 0530 until 0100. The lounge is open to first and business class passengers travelling with any Skyteam member carrier, as well as Skyteam Elite Plus members. Michael Wisbrun, Skyteam’s managing director, said: “Our goal is to invest in such shared facilities at airports around the world in order to deliver a consistent high level of service to our members’ customers as well as creating synergies to our members at airports served by multiple Skyteam airlines.

“This exclusive lounge will provide for passengers a relaxing environment in which to unwind before catching their next flight.” 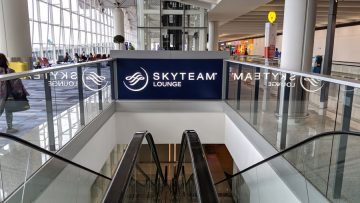