Changi plans for the future with T4 and T5 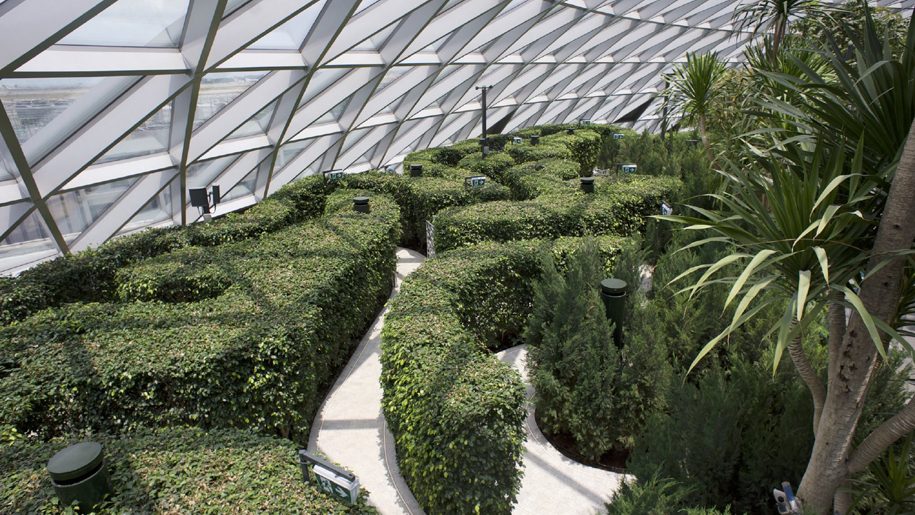 Singapore’s award-winning Changi airport is continuing plans for further expansion beyond Terminal 4 which will open in 2017.

It will feature several attractions, retail offerings, a hotel and services that complement operations at the airport.

The airport is already well on its way to opening Terminal 4 on the site of the now demolished budget terminal (see news, January 2014), and has recently announced it will build a major new terminal to both attract and manage future growth.

This new Terminal 5 will be one of the largest in the world when it opens. Built on reclaimed land, it will be larger than existing Terminals 1, 2 and 3 combined and will have an initial capacity of up to 50 million, but with a potential of being able to handle 70 million.

The mega facility is slated to open in the middle of the next decade; construction work will be completed in stages to ensure it does not end up as a white elephant.

Based on past growth and future prospects, Changi, which handled 54.1 million passengers last year, could hit the 100 million mark by 2030.

According to Singapore’s transport minister: “We will therefore continue our pursuit of air services liberalisation to allow airlines to fly more frequently and to more points from Singapore.

However, not long after the minister made this speech, the Thai government threw a spanner in the works by announcing it intended to backtrack on open skies aviation.

So where now does that leave the plans for ASEAN aviation liberalisation? And can Changi even attract so many extra passengers? For a number of years it has been losing out to rival hubs both in the Gulf and Hong Kong.

That is why, according to consultancy Aspire Aviation in Hong Kong, Changi has instigated a policy of wooing airlines by cutting handling fees. From July, it will also reduce the S$9 passenger transit tax to just S$3.

Changi was always planned to be a major hub. That was obvious to me when I toured its construction site in January 1981. It was modelled as a transit facility just like Amsterdam Schiphol (another award-winning airport) and there were Dutch designers working on the Changi project.

But as we all know, nothing is certain in aviation.

Back in 1981, Changi, because of its strategic location astride the kangaroo route, was tipped for a golden future.

How things have changed since then. And, of course, there will be more changes by 2030.

But back in 1981 who would have imagined the Berlin Wall would fall within ten years, the changes within China or how Changi’s best foreign customer, Qantas, would up sticks and head for Dubai? (In 1981, Dubai’s terminal was little bigger than today’s London City).

And, more importantly, nobody could have predicted that Gulf aviation would rise from nothing to world domination in 30 years.

It is true that SIA and Changi remain a strong force in world aviation. SIA remains a big player on the kangaroo route and it still flies more people to and from Australia than any other foreign carrier.

But SIA and the other Asian airlines have lost a chunk of the market growth to the Gulf hubs.

Indeed, the traffic losses to Thai Airways and Malaysia Airlines have brought both carriers to their knees.

One need only look at the number of flights which the Gulf carriers now operate to Malaysia, Thailand, Indonesia and the numerous points in Australasia.

Had the Gulf carriers not existed, much of that new traffic would now be carried by Asian, European and Australasian airlines.

As Aspire Aviation noted: “[Changi] being the world’s best airport [today] is not enough to stave off competition from rival hubs.”