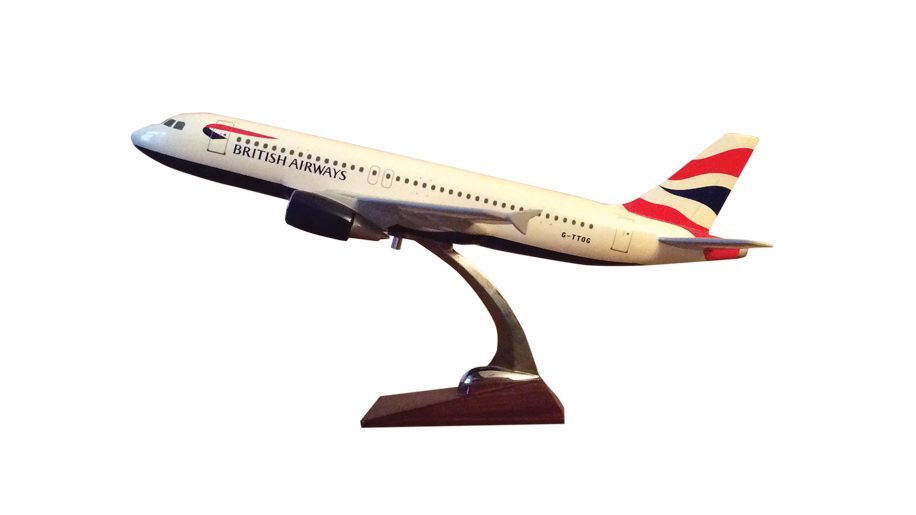 This year our auction has an unusual item on offer. Mr Michael had been one of our frequent posters on the Business Traveller forum. This June, his daughter contacted us with the sad news that her father had passed away: “My dad wanted me to write to you and let you know that he boarded his last flight this morning.”

You can read one of his final posts here. It was Mr Michael’s idea to offer up one of his treasured aircraft models for the charity auction. It is a model of a British Airways A320 (G-TOGG). The model is solid resin, with a stand. Its length is 46cm, height is 23cm, and wing span is 42cm.

His daughter said: “Dad always liked your magazine and forum, and the auction – although he always regretted never having won anything in it. I know he would be very pleased if this item could be in the next one, and make a few bob for charity.

“He tells me that 100 per cent of your forum users are huge BA fans and therefore hopes bidding would be keen. I think he was being ironic here as he was laughing when telling me.

“He hopes the plane will do well and make a difference. He loved the charity auction and was thrilled when you accepted his model. Thank you for making his wish come true.”

This year’s auction is now open at btauction.co.uk, and you can bid for MrMichael’s model plane here.