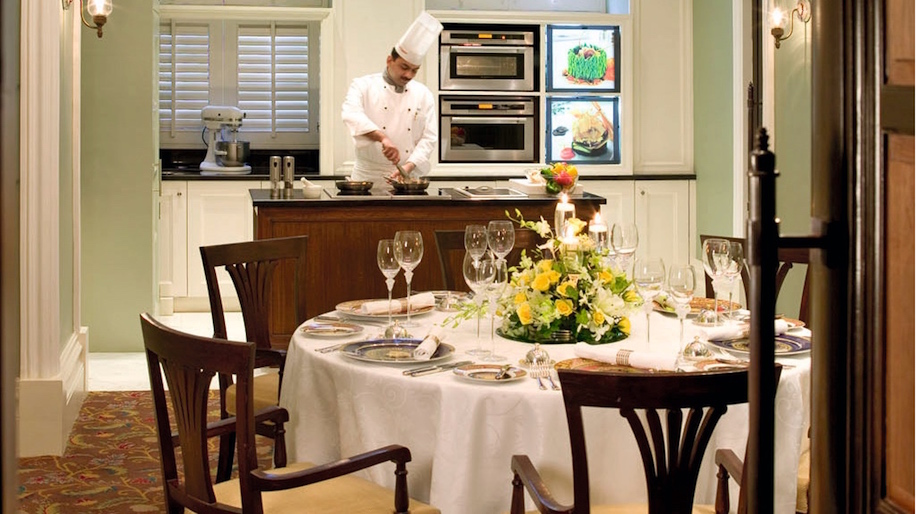 Picture this: you are seated in a plush, private dining room of an upscale 5-star hotel with the executive chef by your side who indulges you with an amuse- bouche to begin the evening.

The objective is clear — to give you one of the best dining experiences of your life. To achieve that, each element is woven beautifully to the other with luxury; an elaborate table setting, expensive bone china crockery, spotless wine goblets, logo-embossed silver cutlery and a well crafted menu listing the chef’s specials from the ingredients you fancy that night.

This is clearly the new concept of hospitality, which has taken many strides beyond just a comfortable stay at a hotel. The chefs have taken centre stage here, regaling guests with their creativity and innovation, and their kitchen posing as the property’s ambassador. 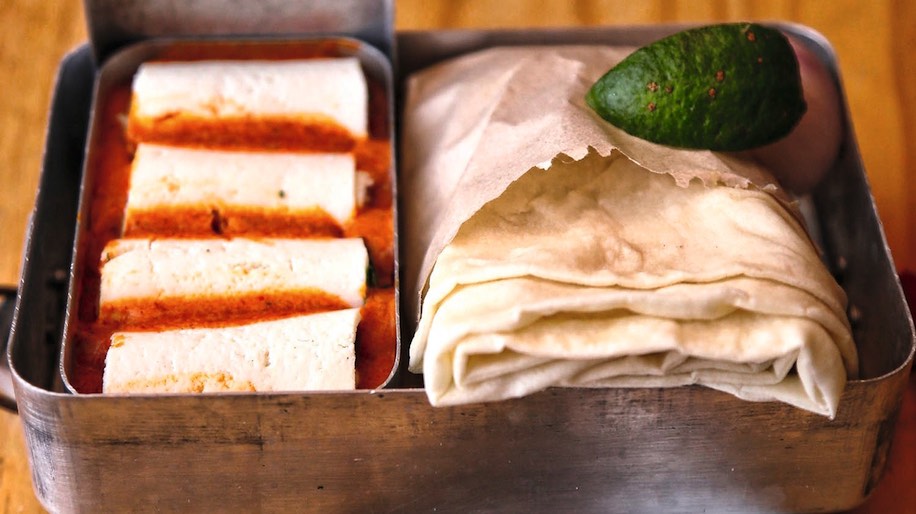 The luxury of a five-course meal paired with fine wine is a rare privilege for Delhi’s gourmands. Amongst the few in the city is one by award-winning Italian chef, Diego Martinelli. His magic comes to life at a French-Italian fine-dining restaurant, Le Cirque, the pride of The Leela Palace. Equipped with an impressive wine collection stocked in a walk-in cellar, the restaurant has an al fresco option as well.

While his customised menu scarcely ever fails to impress, Martinelli urges guests to try dishes such as the creamy lobster bisque with poached rock lobster tail, Le Cirque caviar experience served with homemade blinis (buckwheat pancakes), and zucchini crusted turbot. Each course is paired with a different wine; and for those who are particular, the walk-in wine cellar has much to choose from. (A five- course meal with wine costs around ₹15,000 inclusive of taxes, per person.)

As is the norm of fine dining, dishes are styled to please the eyes before the taste buds. The executive Chef Mellor of The Leela Palace, Delhi says, “To let our guests remember us on a sweet note, our desserts are presented very uniquely. For example, we present our tiramisu on a trolley over which all ingredients are assembled and displayed together; special techniques are deployed in front of our guests to create the drama between tiramisu, coffee and smoke.” Alternatively, a traditional bespoke experience can be enjoyed at Jamavar at The Leela Palace. Its Maharaja Table is a unique showcase of the country’s regal past. The accent is on serving dishes prepared from age-old recipes, most from erstwhile royal kitchens. Jamavar’s signature is the leg of a kid lamb marinated in spices and a splash of rum to tenderise it, before grilling it in a tandoor. The lamb is specially sourced from Jaipur, known for its high quality meat. The grilled chicken is popular too. For vegetarians, sorrel and mushrooms in a rich tomato gravy, is anything but simple. The only break at this quintessential Indian restaurant are its cocktails. Baileys blended with paan (betel leaf) is an interesting alternative to dessert.

Though the menu is pre-decided, guests are welcomed with a kesar thandai sherbet, and gifted a spice-box each on their departure. (A bespoke meal for eight at Jamavar costs around ₹45,000 plus taxes.)

The Under the Table experience by The Park Hotels is the brainchild of Priya Paul, chairperson of Apeejay Surrendra Park Hotels. The theme is in step with Alice’s crazy adventures in Wonderland. Invites, part of the bespoke package read, “Invited you are” instead of “You are invited”.

“Well, that’s the whole concept,” says Priya Paul. “You are invited to a memorable evening where nothing is quite as it seems and anything is to be expected; where square is round and everything is anything but ordinary.”

It is meant to be casual, and the hospitality group insists it isn’t just for children, but is designed to break away from the seriousness of adulthood. Sharad Dewan, regional director of food production at The Park Hotels, adds, “You are seated on low chairs from IKEA and a fat cushion placed on your lap is the table. Your food is served in courses, and you use hands to eat food.”

Since its launch, the edgy concept has been successful at The Park Hotels in Kolkata, Hyderabad, Delhi and Chennai. Dewan admits that the first few times after its launch, Under The Table wasn’t prepared for an all-vegetarian meal. “When we hosted this concept in Kolkata, we faced a challenge with vegetarian guests. They were all food lovers who wanted something unique. So I made some twists in the original menu to enhance the experience.”

Continuing the play on nostalgia from childhood days, he added a course called Back To School. Dewan says, “For one group, we presented cottage cheese and roomali roti in a traditional steel tiffin box, which most guests have used at some point in their school years. No one sees them now. And as it turns out, it ended up being the most talked about course of the whole experience because it touched a soft nerve.” (Under the Table starts from ₹6,000 inclusive of taxes, per person.)

Promising a customised, bespoke meal for a closed group is where the real challenges arise. Dewan says it takes several meetings and trials before the menu is decided on. Number of guests, occasion, average group age, diet restrictions and logistics play an important role. “A tasting session is recommended in many cases. Once the plan is frozen on, we do the costing. In most cases the guest does not give us a pre-budget as they know it’s a unique experience and you cannot restrict creativity by leashing it on budgets.”

The Park Hotels has gone a step further by redefining in-room dining too. It isn’t bespoke, but is a fragment of the presentations described above. Titled The Park Picnic, it draws inspiration from probable occurrences during adolescent years. The entire meal is delivered in colourful tiffin boxes to recreate a delightful picnic in your room.

“The picnic concept has just been launched (August 2016), and it is getting a fantastic response already. We do at least two picnics every day,” says Dewan. The themed room-service, offered in several different permutations and combinations, is available at seven properties across Delhi, Kolkata, Chennai, Hyderabad, Navi Mumbai, Visakhapatnam and Bengaluru. 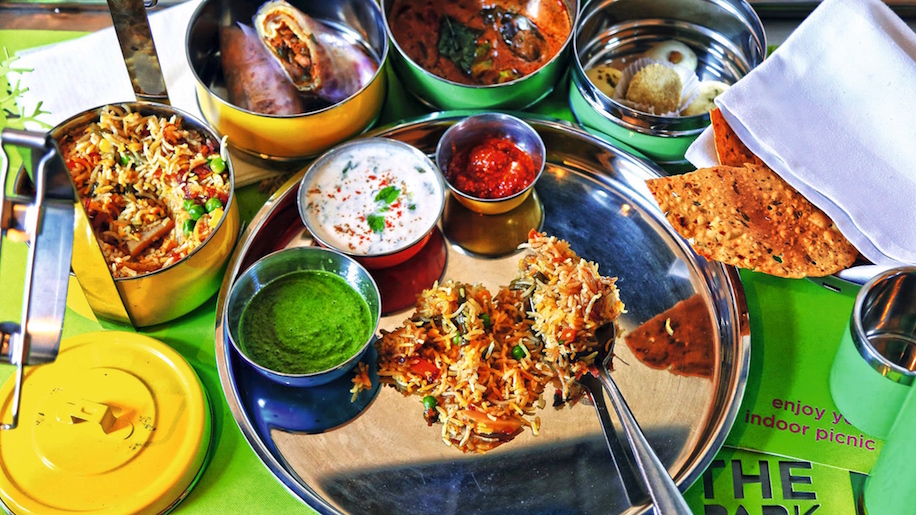 He explains, “It is a by-appointment room in the Palace wing of The Taj Mahal Palace that has been created for very exclusive guests who can appreciate the finer things of life. Guests of Chef’s Studio are usually top industrialists and royalty. It is a place where they can enjoy their privacy and entertain lavishly.”

Chef’s Studio has its own attached kitchen geared with an interactive interface so guests can have close- up views of how their meal is being prepared. The table is laid out for diners (maximum group size: eight) with customised menus suited to individual tastes.

The kitchen gets in touch with the guest 48 to 72 hours before the meal for his or her preferences. Options extend from what is exclusive to Chef’s Studio to dishes from any Taj restaurant in the city.

For a smaller table for two people, Casablanca room at Souk, at The Taj Mahal Palace, is an extension of Chef’s Studio. The couple is seated in a beautifully lit private dining room situated at the rooftop with a stunning view of the entire harbour and Gateway of India.

When being ushered into the restaurant, the lady is presented with a bouquet of flowers (guests are asked about their favourite flowers beforehand). At the table is a personalised seven-course Middle Eastern menu, dishes from which are served on Versace crockery and accompanied by a flute of Moët & Chandon champagne (or a non-alcoholic drink). Further, privacy is paramount, and the servers ensure it by being available only when summoned.

Talking about the response, Deora is happy when he points out, “Setting benchmarks for elegance and sophistication, both (Chef’s Studio and Casablanca) the venues have become popular with guests over the years. In fact, Casablanca is our much sought after venue for couples who wish to celebrate this special bond and would want to start a new chapter on a gastronomic note. The menus at both these dining places evoke artistry and craftsmanship showcased by the culinary team making it an ultimate bespoke dining experience.” (A meal for two at Chef’s Studio starts at₹1,50,000 inclusive of taxes and for every additional guest an amount of₹25,000 is charged. A meal for two at Casablanca starts at₹50,000 inclusive of taxes).

Dining is no longer limited to a communal menu presented at the table. Bespoke experiences are created from ingredients of choice, sometimes cooked in front of the guest, and artistically presented because as the saying goes: you  eat with your eyes first, then nose and finally the mouth.

It is also a great way to experiment with different foods, because the entire meal is about pleasing you. If the dish isn’t to your liking, it will be taken back to the kitchen for an alternative.

Loading comments...
Read Next
Weekend in New York: A Slice of the Big Apple
Read Previous
Fashion: Suit up 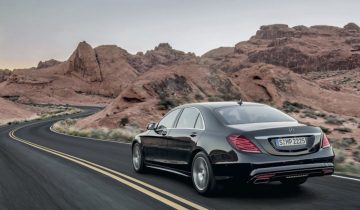 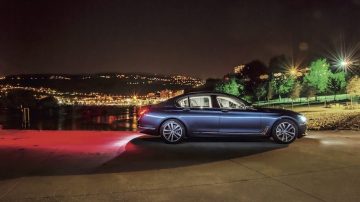 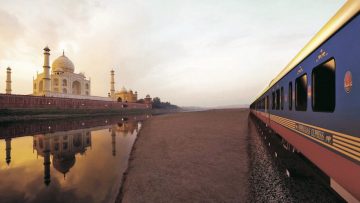