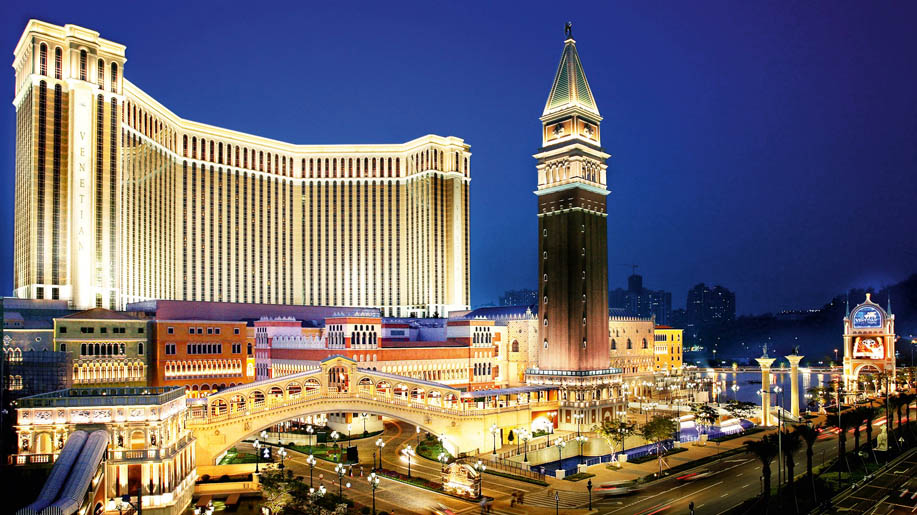 The first bite of an egg tart is one that will always be savoured. The baked yellow and brown mottled crust gives way to a custardy interior. The flaky tart and velvety insides are a study in contrasts, but that’s what makes this snack much beloved in the former Portuguese colony of Macau and elsewhere.

The play of contrasts though is also apt when it comes to examining Macau’s food scene, which includes restaurants that have been there much before the glut of casinos, coupled with the fine dining that the mega-hotels are using to lure travellers from the mainland and beyond, including a growing Indian contingent (though the country still isn’t one of the top 10 markets for inbound travel). 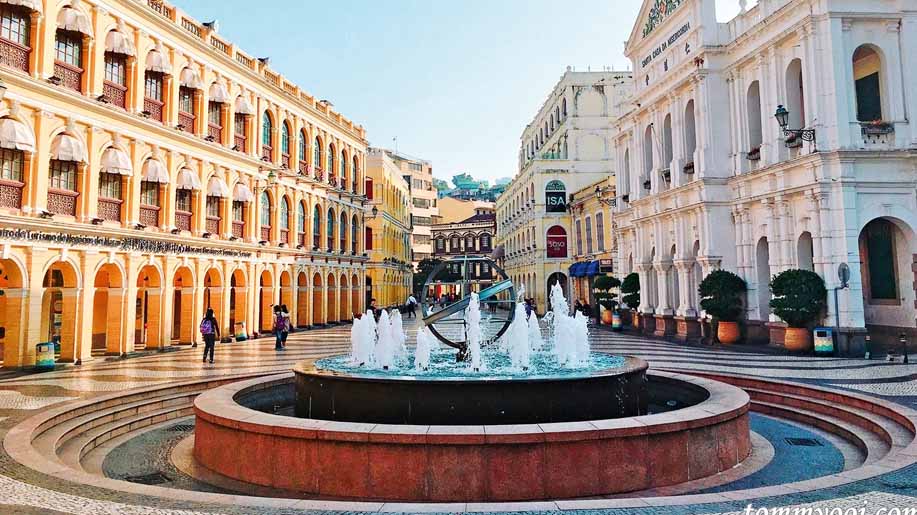 Macau, which was a Portuguese colony from the 1500s till 1999, has a distinct culinary history, on top of which is layered the glitzy dining that you can find at the hotels. As a result, there are the aforementioned egg tarts, the best of which are available at Lord Stow Bakery’s multiple outlets. The original, from 1989 can be found at Coloane Town Square but there are other locations all over the city. The tart isn’t unique to Macau though, and it is available in Portugal as well, where they’re called pastel de nata, and recently, with the glut of Goan restaurants opening all over the country, they’re also showing up on menus in Indian cities. 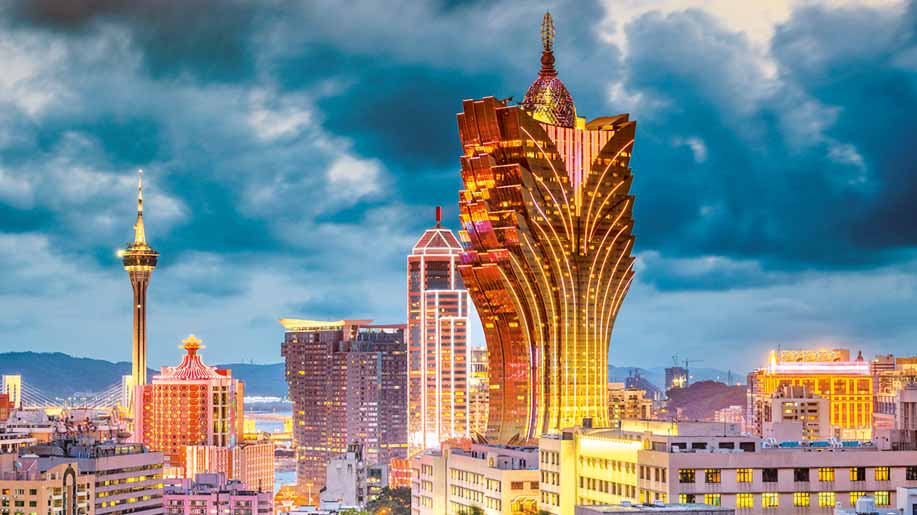 While in the city, it’s also best to make a beeline to Communal Table, especially for those seeking third-wave coffee. The casual and cosy café serves up spectacularly frothy nitro coffee, provides a respite from the heat and rain that can sometimes plague the city. Stop by for lunch (their baked potato is especially great) before continuing on to tour the ruins of St Paul (a 17th-century church that was destroyed in a fire) that is a 10 minutes walk away.

The city’s Chinese population means there are a ton of Asian eateries, showcasing regional cuisines from the mainland as well as familiar items like dim sum and shaved ice. The Danish chef Hans Lee Rasmussen, who was born in Macau and now lives there, has said in the book, Where Chefs Eat – A Guide to Chefs’ Favourite Restaurants, that Estabelecimento Koon Kee (엇記雞仁쳄稼), is the kind of local dinner place that’s open late (till 2am) and serves, “just good food with a nice menu selection.” Rasmussen elaborates, “I especially like their roasted chicken, deep-fried tofu and sauna chicken pot.” 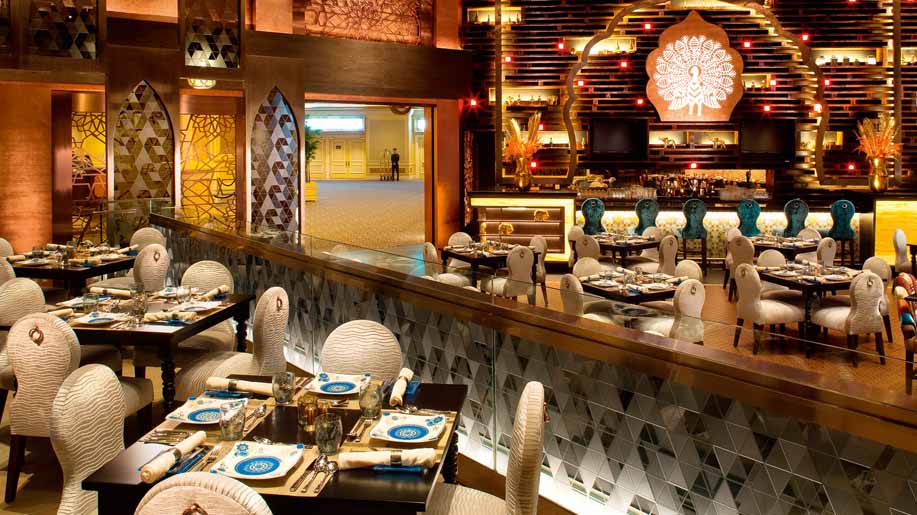 With a large influx of tourists from the mainland and India, it’s no surprise that the hotels atleast are catering to guests who are seeking familiar food. The grand casinos seem to be inviting passers by in — with their imposing façades, innovative architecture and of course large casinos, shopping areas and restaurant selection.

For those seeking a more refined take on local flavours, North at The Venetian Macao offers traditional Dongbei and Sichuan cuisines. The dishes include slow cooked sliced fish in spicy broth, pan-fried egg dumpling with chives and, for vegetarians, deep fried eggplant with caramel and spices. The modern setting where guests can also sample Maotai, the fermented sorghum liquor that’s an acquired taste includes private dining rooms, gorgeous interiors that feature wooden trellises and lots of red. For the adventurous eater, you’ll find jellyfish, sea cucumber and other seafood and meat that aren’t usually found in Indian cities to sample. Also in the Venetian is an Indian restaurant that’s won itself a Michelin star! Under the watchful eye of chef Justin Paul who started his career at Mumbai’s The Leela Hotel, The Golden Peacock has made a name for itself keeping its star rating for five years now. Shah Rukh Khan and David Beckham are just two of the luminaries who have stopped by to eat at the restaurant where you can sample Kashmiri rogan josh (made with Australian lamb shank) and a creamy dal sona mor livened up with fresh cherry tomatoes.

For those looking to get away from the casinos and into the heart of Macau when it was a trading post, make a visit to Fernando’s Restaurant, the beloved Portuguese food in a rustic setting. Located by the shore, the red and white checked tablecloth and large casual interiors set the scene for a meal that should be accompanied by lots of sangria. Steak, seafood, chorizo and a lot more are on offer at this shack that doesn’t accept credit cards. Their lack of air conditioning might put you off if it’s humid outside, but its quality food definitely won’t. 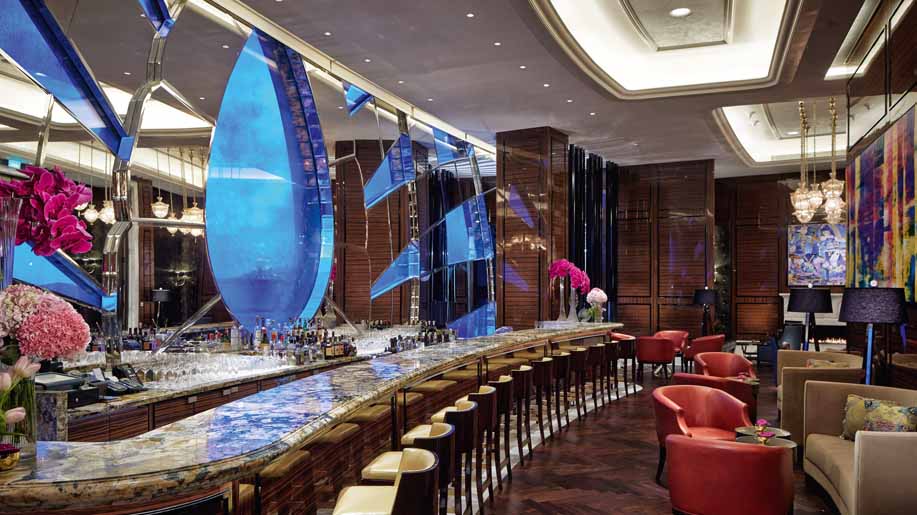 After eating your way through the city, The Ritz-Carlton Bar & Lounge offers a respite for those want to sip on a cocktail and take in the view. Located on the 51st floor of the hotel, the bar offers great views of the city but more importantly, it’s got a stellar gin selection, one from which you can pick your choice when the cart comes up to your table. As the only bar from Macau to make it onto the Asia 50 Best Bars List for 2018, it’s definitely worth checking out. If you want to start drinking early, they also have a great afternoon tea in collaboration with Italian footwear designer Giuseppe Zanotti, which will be launching in November.

To end your culinary expedition, dessert should be savoured at Janice Wong MGM. Opened by famed Singapore pastry chef, at the patisserie you’ll find everything from artisanal gelatos to handmade chocolates and Instagram ready desserts. A winner of Asia’s Best Pastry chef award, the desserts being served at the MGM Cotai are sure to satisfy your sweet tooth, or even those
of people who are merely looking for a perfectly served up confection.

Ultimately, like the egg tart, the dining scene in the special administrative region is varied and full of different experiences. There’s the traditional, the casual and the luxurious so anyone, no matter the budget can enjoy its culinary wonders. 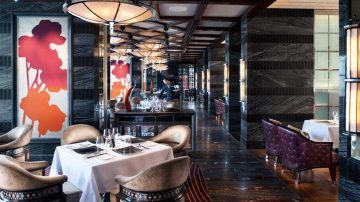 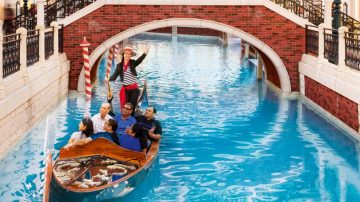 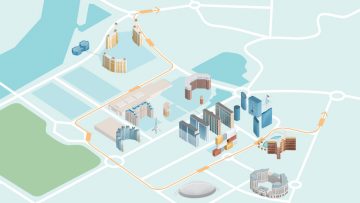 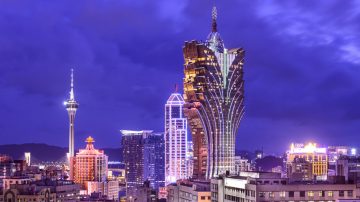