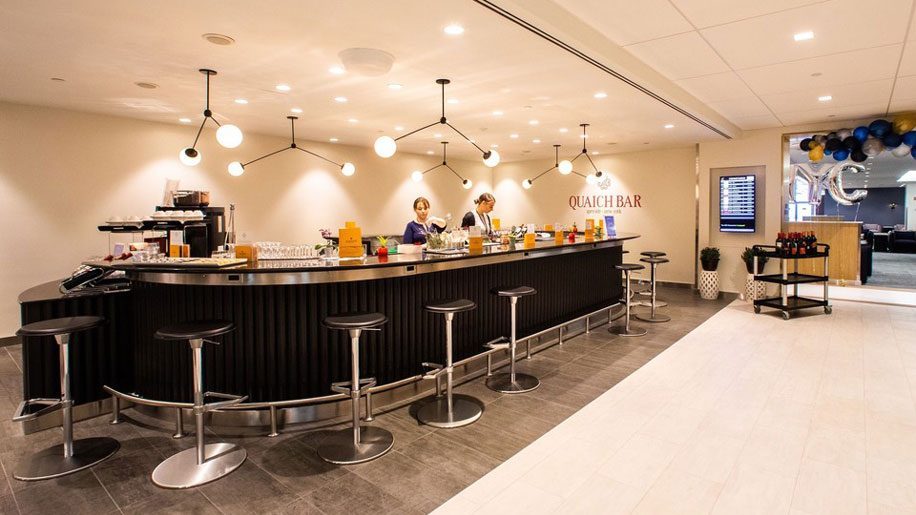 As part of a commitment to invest £6.5 billion over five years into customer experience upgrades, British Airways has revamped its First Lounge and Club Lounge at New York JFK Terminal 7 in a new design already seen at airports including Rome and Aberdeen.

We spoke to BA’s Head of Ground Product, Jude Winstanley, about the thinking behind the new-look lounges.

What were the aims of the JFK redesigns?

The previous redesign of the JFK lounges was in 2010. London to New York is very important to us. We have 16,500 customers each week coming through the airport who are eligible for access to the lounges. Of course, there are some who are on a tight schedule who may choose to not come in, but that’s the potential audience. This is why these are our largest lounges outside of Heathrow.

Terminal 7 will continue to be our home for another four years or more [the carrier is due to move to Terminal 8]. At JFK we have spent $55 million in total, including the lounges, check-in and a mini First wing in Terminal 7. It’s taken about two years in total, though some of that was designing and planning.

Lounges are incredibly important for our premium customers. We have invested a lot inflight, and it was important that we also invest in the ground experience. Once we had completed the First lounge redevelopment at Terminal 7 JFK in September 2018, we then had to complete the refurbishment to the business lounge while not closing it. The aim is to preserve service integrity for an extended period of time.

What are the challenges in renovating and redesigning an airside lounge?

Logistically it’s specialised contractors and passes, and the contractors opened up parts of it to become effectively landside so that helped, but trying to run a 24-hour operation while redeveloping the heart of it at the same time is tricky.

We have a lot of people working on the food and beverage side with less than the normal space and changed circumstances. British Airways employ around 200 people at JFK and also employ more service providers such as Flik. They do all of the F&B in the lounges. There are kitchens there, but we prioritise the amount of space for front of house for customers. They have an off-site kitchen and then they get it to the onsite kitchen. It’s quite a magician’s trick to do what they do.

What differences will people see on the F&B side?

Where we’re going with this is more choice and more rotation through the menu. For routes like New York, a lot of passengers are very regular, and if you put a dish on a Wednesday afternoon and that coincides with your journey out of New York it gets a bit dull, so there is a push on seasonality and more Britishness.

We are in the business of ensuring that there is a quite a high proportion of British heritage food and suppliers with the centenary year. With the lounges it’s nice to add some touches, something like a typically Indian dish, as well as the partnerships around the lounge such as Brewdog. These are well positioned reminders that surprise and delight.

How did you come up with the design?

We spent a long time in the business a couple of years ago developing a thing called Lounge Futures, which is a toolkit for the new lounges which specifies material and finishings that would work for British Airways. The new design is in places like Rome and Boston, and then when we come to look at redeveloping other lounges we would use the same lounge.

The aim is to try and make something feel light and airy when the box you are given is anything but, and then also have it built for resilience with a very high turnover of customers. You don’t want to build a lounge and then six months later it’s suffered from wear and tear.

I think we have started to move away from it. It’s not a hugely structured decision. We have spent so much time working on the fabric of the lounges, the seating, dedicated areas and zones for passengers, it doesn’t need so much distraction with putting art up on the walls. I don’t think anyone woke up and said we are going to change direction. We still have the art collection but it’s far less of a focus than it was previously.

There’s a balance. Things like Brewdog work in the lounge because there’s a clear benefit and customers are interested and it makes the space more creative. Then you have more straightforward commercial relationships, provided they are done in the right way. But customers want to walk in and feel they are walking into a BA lounge, not an advert or a shop. 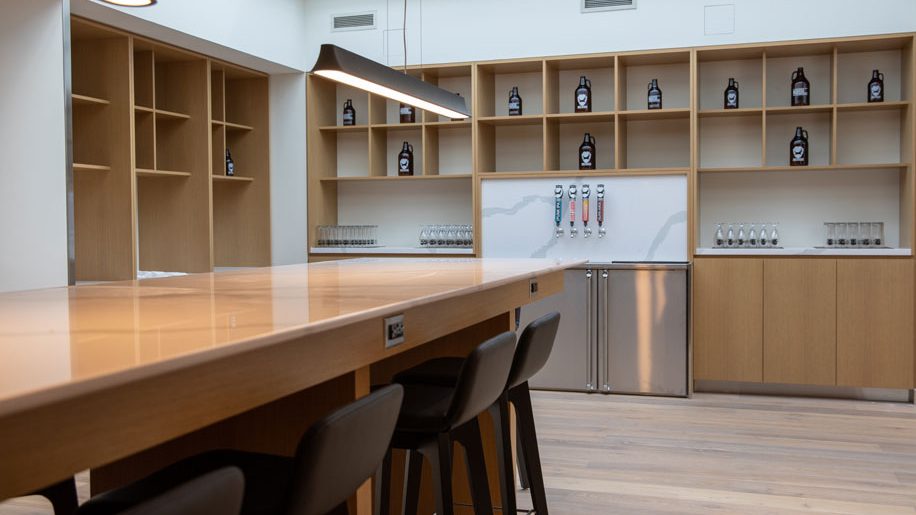 How do you manage the lounges?

You need to clean, clean and clean again. They are high throughput. Our customers tend not to linger. They use a cup, glass, plate, and then 15 minutes later they leave it by their seat and we have to clean immediately, but it’s a matter of balancing front of staff and ensuring you have good management. You keep it clean, but then of course everyone turns up at the same time.

In any area of a lounge you end up with dead spots. People will tend to accumulate by the food. Our First Lounge at Heathrow T5 is a good example of that. We are getting more creative introducing mobile trolleys to try and alleviate, it makes it easier from the customer’s perspective, and also it relieves the stress on those areas.

The First Wing at Heathrow has been a huge success, and actually it has increased the demand on our First Lounge at T5, because so many use the Wing and go straight into the lounge. It creates new challenges and you have to be more successful to meet those challenges.

So where next for the new lounges?

San Francisco, Johannesburg and Geneva are all due to deliver later this year. They come from the same stable and will be instantly recognisable as a new British Airways lounge.

Will they all be rebranded from Galleries?

We may choose to revisit the Galleries brand, but my brief is to make sure we get the product right. 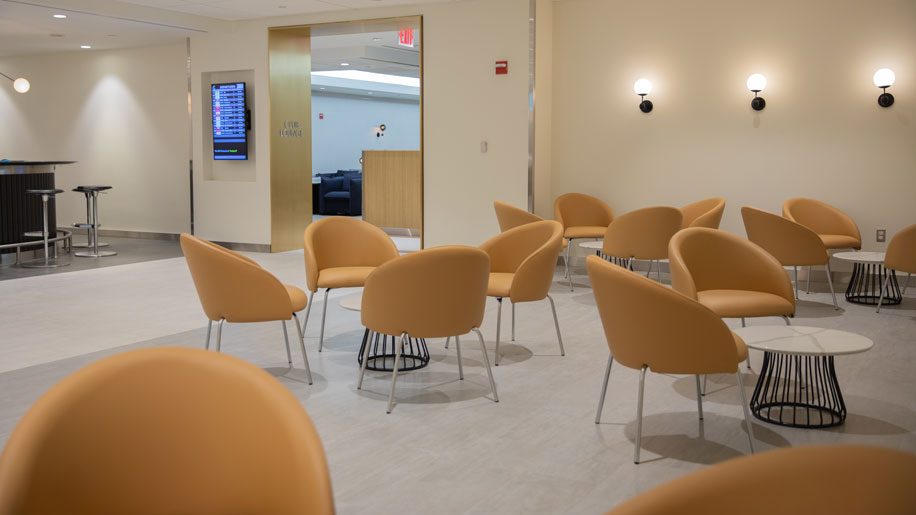 Is there a date for changing the lounges at Heathrow?

No, there isn’t at the moment.

But that means top tier passengers in Oneworld visit other lounges such as the Cathay one or Qantas.

It’s one of the benefits of the Oneworld alliance that the customers can use those lounges. We need to reconcile it later, but in reality, it helps us focus on delivering the best possible product for our customers. We don’t see it as competition with the Cathay lounge or the Qantas lounge. If we are all producing a knock-out product for our customers across the Oneworld lounges, at the end of the day they will stay being Oneworld customers. 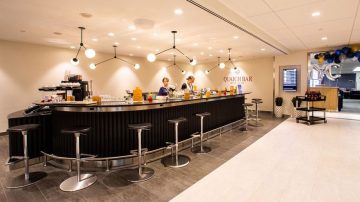