Tom Otley takes a leisurely stroll around Mayfair, cigar in hand, and Churchill in mind

Download the Cuban cigar walk podcast from citiesinsound.com for £10, and you’ll be listening to the extremely knowledgeable architect and broadcaster Maxwell Hutchinson as he takes you on a well-considered tour of Mayfair (the quotes in this feature are from the commentary). The walk starts at the Roosevelt and Churchill statue on Bond Street, with the two great men sitting on a bench, discussing things – there are normally tourists sitting between them. While you contemplate the scene, you can listen to some history about Churchill, or dodge the bicycles coming at you from both directions along the cycle lane.

Named after 17th-century developer and property speculator Sir Thomas Bond, it’s said the ladies of Belgravia would travel east up Oxford Street but never go further than Bond Street towards Soho, which was deemed a slum and rather dangerous. But back to the tour – look up at Henry Moore’s Portland stone frieze “Draped reclining figure” on the side of the Time-Life building. The edifice dates from the 1950s and was designed by Viennese architect Michael Rosenauer. Hutchinson says: “With its clear modernism and classical clarity, it is a pioneer building of its time, using the finest of contemporary craftsmen.”

Turn left into Bruton Street and go into Holland and Holland at number 33, a rifle-makers’ shop, “founded in 1835 by Harris Holland, who was an accomplished shot and was persuaded by his friends to set up the business”. Look out for its two subtly displayed Royal Warrants. Tel +44 (0)20 7499 4411; hollandandholland.com

The first cigar stop is the newly refurbished flagship Dunhill store in Bourdon House, just north of Berkeley Square at 2 Davies Street. Formerly the home of the second Duke of Westminster, it has two floors of retail space, a spa, a barber, a cigar room, a bar and private cinema, and a private members’ club with a restaurant, games room and four hotel suites. I was shown the keeps where the cigars are stored – traditionally, these were made from mahogany and cedar wood, although the ones here are English oak. There are some Cuban cigars from the 1950s, a pre-revolutionary crop, and even ones belonging to late actor Yul Brynner – although considering he launched a campaign against smoking nine months before he died of lung cancer in 1985, you would probably have to be a hardcore smoker to think that’s something to celebrate. Tel +44 (0)845 458 0779; dunhill.com

The store is celebrating its 30th year, although even here the Winston Churchill connection remains – as well as being a confirmed cigar smoker, he lived above the shop from 1900 to 1905. In February 1979, Desmond Sautter took over the store. Note the double-width doorway, built to accommodate the crinoline dresses of 19th-century women. It’s a small, friendly place where you can get frank advice about cigars or have a chat. 106 Mount Street; tel +44 (0)20 7499 4866; sauttercigars.com

From here, the walk takes you to Davidoff of London on St James’s. It’s a fabulous emporium, with hundreds of beautifully crafted men’s accessories that, the moment you spot them, seem to become an essential addition to your wardrobe, boudoir or pocket. Run by the effervescent Edward Sahakian since the 1980s, Swiss brand Davidoff does much more than sell cigars – it has some lovely whiskies, dozens of types of pipe tobacco, umbrellas, lighters and a fabulous collection of humidors. Davidoff cigars are made in the Dominican Republic, but there are cigars here from all over the world. 35 St James’s Street; tel +44 (0)20 7930 3079; davidoffoflondon.com

By now you may feel you’ve seen enough cigar shops, but trust me, you haven’t. Fox of St James’s, just up from Berry Bros and Rudd wine shop, is different from the other three, and you’ll probably see a couple of gentlemen sampling cigars in comfy armchairs in front of the roomy walk-in humidor at the back. It also has a cigar museum in the basement where, among other things, you can see some of Churchill’s cigar orders and sit in his “favourite” chair. 19 St James’s Street; tel +44 (0)20 7930 3787; jjfox.co.uk

The walk has an optional trip away from Mayfair to the Churchill Museum and Cabinet War Rooms, but if you’d rather relax, head for the Stafford hotel across the road. There aren’t many places better to smoke a cigar than in its secluded courtyard, and it’s the perfect base for the aficionado to explore London’s cigar heritage. For those requiring a room for the night, a deluxe package (£750) includes the audio tour for two, one night in a Carriage House room, dinner in the American bar, two Montecristo No 2 cigars, and English breakfast for two. St James’s Place; tel +44 (0)20 7493 0111; thestaffordhotel.co.uk.

Otherwise, head back across Piccadilly to the May Fair hotel on Stratton Street. The sleek bar serves a great Bellini and a wide range of food – have a seat on one of the plush sofas and take in the buzzy atmosphere. There’s also a fine-dining restaurant, the orange- and black-themed Amba, if you want to reward yourself for all that walking. Tel +44 (0)20 7629 7777; themayfairhotel.co.uk 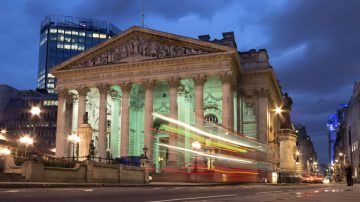 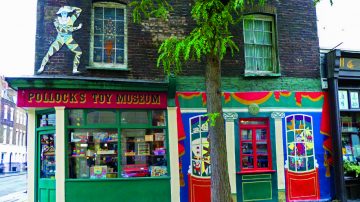