Ryanair has responded to claims that Lufthansa Group is being forced to operate thousands of “ghost flights” this winter, stating that the group should simply “sell the flights to consumers at low fares”.

Last week Business Traveller reported what trade body ACI Europe said was “the escalating industry and political rhetoric around so-called ‘ghost flights’” – where services are voluntarily operated by airlines exclusively for the purpose of retaining historic rights to their slots.

Lufthansa is understood to be among the carriers operating such flights, but Ryanair has called on the European Commission “to ignore Lufthansa’s false claims about operating ‘ghost flights’ just so they can ‘block’ their slots and protect themselves from competition from low fare airlines”.

The solution, according to Ryanair, is simple: “Lufthansa should sell the seats on these flights at low fares, and reward EU consumers many of whom have funded the €12 billion of State Aid that Lufthansa and their subsidiaries in Belgium, Austria and Switzerland have already received from hard pressed taxpayers over the last two years of the Covid crisis”.

The group’s CEO Michael O’Leary said that “If Lufthansa really needs to operate these flights (solely to prevent the release of these slots to competitor airlines), then they should be required to sell these seats to the public at low fares”.

“The German and EU public have already bailed out Lufthansa with billions of State Aid to Lufthansa and their subsidiaries, Brussels Airlines, Swiss and Austrian, and instead of operating empty flights just so they can block slots, Lufthansa should release the seats on these flights for sale at low fares to reward the German and European taxpayers who have subsidized it with €billions during the Covid crisis,” O’Leary continued.

“Lufthansa loves crying crocodile tears about the environment when doing everything possible to protect its slots. Slots are the way it blocks competition and limits choice at big hub airports like Frankfurt, Brussels Zaventem, Vienna, among others.

“If Lufthansa doesn’t want to operate “ghost flights” to protect its slots, then simply sell these seats at low fares, and help accelerate the recovery of short and long haul air travel to and from Europe.

“In the meantime, Ryanair again calls on the European Commission to force Lufthansa and other State subsidised airlines to release slots that they do not wish to use, so that low fare GHOSTBUSTERS like Ryanair, among others, can offer choice, competition, and lower fares at these hub airports.

“The EU should ignore Lufthansa’s disingenuous claims about “ghost flights” when the solution is simple – sell the seats on these flights and then they will no longer need to be ‘afraid of no ghost’ flights”.

Business Traveller contacted Lufthansa regarding the above, and received the following response:

“Lufthansa has never spoken of ghost flights. Here Ryanair and Michael O’Leary are obviously misinformed. We are concerned with a European harmonization of the exemptions for the use of take-off and landing rights in the current winter flight schedule. This could avoid many thousands of unnecessary flights in Europe.”

The carrier also said that “The current slot regulation for the winter schedule 2021/22 in the EU was decided before the occurrence of the Omicron variant and it fits no longer the current pandemic situation”.

“Therefore, there should be short-term exemption rules for the use of take-off and landing rights that are flexible, practicable and applied consistently throughout Europe.

“In this way, many thousands of unnecessary flights with only a few passengers on board can be avoided. In other regions of the world, such as the USA, slot rules are temporarily suspended due to the pandemic.”

Last week our consumer editor Alex McWhirter reported that Europe’s airlines are being forced to cancel tens of thousands of flights in January and February, with Lufthansa Group alone cancelling 33,000 flights in the coming weeks.

Europe’s airlines expected to cancel flights in January and February 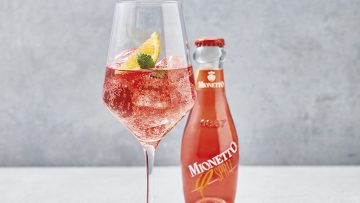