International Airlines Group has published its latest forecasts for capacity this winter and beyond, as it launches a £2.74 billion rights issue to raise funds in the light of Covid-19.

The British Airways and Iberia owner said that the impact of current travel restrictions and quarantine requirements on booking activity meant it had lowered its capacity planning scenario for 2020 to -63 per cent compared with 2019, a worsening of its previous estimate of -59 per cent.

The group said that “Following an almost complete cessation of new booking activity in April and May, June saw a significant increase in bookings to approximately 30 per cent of prior year levels by the end of the month”.

“This was driven by the easing of country lockdowns in key home markets and across Europe as well as the gradual reopening of intra-European borders. Domestic travel has led the recovery, followed by international shorthaul and then long-haul travel.

“Since July, IAG has experienced an overall levelling off of bookings. Short-haul bookings have fallen slightly following the re-implementation of quarantine requirements by the UK and other European governments for travellers returning from specific countries including Spain.

“As anticipated, IAG has seen a delayed recovery of long-haul booking activity, impacted by the continued existence of travel restrictions to many long-haul destinations, including North and South America. Long-haul bookings have seen a modest increase since mid-August.

“Where travel markets have reopened without border restrictions and quarantine requirements IAG has been encouraged by the level of pent-up demand that exists for air travel.”

The news comes as IAG launches a £2.74 billion rights issue, which was announced in July.

Subscription will be at €0.92 per share, a 35.9 per cent discount to the TERP (theoretical ex-rights price) based on the closing price of the shares on September 9, 2020. Shareholders will be entitled to buy three of the new shares for every two they already own.

IAG confirmed that the group’s largest shareholder Qatar Airways “has irrevocably undertaken to subscribe for its pro-rata entitlement under the Capital Increase”.

The group said that the capital increase was designed to:

IAG also said that “There has been no change to the Group’s expectation that it will take until at least 2023 for passenger demand to recover to 2019 levels”. 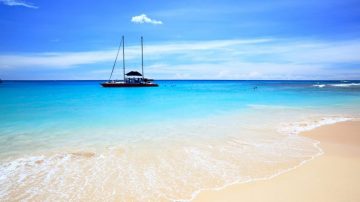