Qantas and Jetstar will increase their domestic and regional flights for June and July, as travel restrictions start to ease in Australia.

“We know there is a lot of pent up demand for air travel and we are already seeing a big increase in customers booking and planning flights in the weeks and months ahead,” said Qantas Group CEO Alan Joyce.

The additional services will see capacity increase from five per cent of pre-Coronavirus levels, to 15 per cent by the end of June. The Qantas Group says this equates to more than 300 more return flights per week.

In July, the carriers say additional flights will “likely operate” depending on travel demand and further relaxation of state borders. The Group says it could increase to up to 40 per cent of the Group’s pre-crisis domestic capacity by the end of July.

The Australian carriers say flights will resume on eight routes not currently being operated.

Broome, Cairns and Rockhampton will see a “significant boost” in weekly flights, said the Group.

Qantas said it will also start flights from Sydney to Byron Bay (Ballina), after the route launch was postponed due to the Coronavirus.

A state by state breakdown of the Group’s domestic and regional schedule can be viewed here. 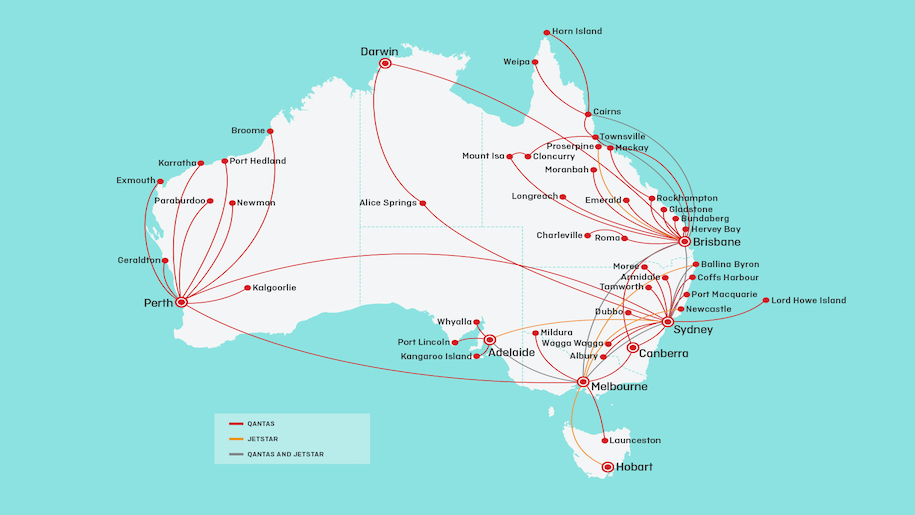 The airline announced a new health and safety programme last month which includes giving all passengers face masks to wear on flights, but does not include leaving seats empty between passengers, a measure some airlines are taking to encourage social distancing.

The Qantas Group recently updated its flight cancellation policy. All Qantas and Jetstar domestic customers can change the date of their flight once, without paying a change fee. Bookings need to be made before June 30, 2020, for travel between June 12 and October 31, 2020. Customers will have to cover any fare increase for the new booking, the Group said.

The Group said customers will be rebooked on the next available flight at no additional cost if they’re on a flight cancelled by either carrier. Alternatively, customers can choose a flight credit or a refund.

News
Qantas to give passengers face masks on all flights, but not empty middle seats
20 May 2020