Environmental commitments should be required before airline bailouts, says Greenpeace 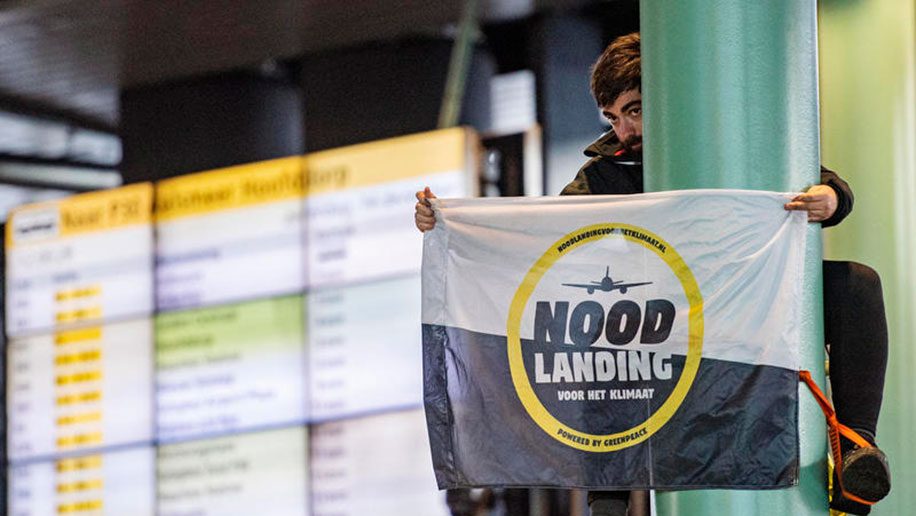 On Earth Day, climate organisations are focusing on airlines seeking and receiving hundreds of billions in taxpayer money, yet with no requirements to reduce their pollution.

A new airline bailout tracker published today by Transport & Environment, Greenpeace and Carbon Market Watch will track the government bailouts which have been made, “without binding environmental conditions”.

The climate groups say that greenhouse gas emissions from aviation reached record levels before air travel came to a sudden halt in March, yet airlines are keen to avoid any conditions attached to the poluution they cause.

“Short-haul flights have to become a thing of the past and this money should help airline workers to reskill.

“Any public funding should lay the foundation for a just and green transition for people and planet, with widespread investment in transport alternatives like trains. Governments must address both the economic impacts of the Covid-19 crisis and the crisis we face in climate change.”

The airline bailout tracker is the organisations’ spotlight on the amount of taxpayer money being used as support for European airlines, and the lack of environmental conditions being attached to that money.

Transport and Environment aviation manager, Andrew Murphy, said: “Airlines are seeking public money so they can get back to the business-as-usual of soaring emissions enabled by light-touch pollution laws and tax exemptions. It’s time to ensure that aviation makes a green transition by linking aid to taxes and greener fuels which will reverse the sector’s rapid emissions growth.”

Carbon Market Watch policy officer, Gilles Dufrasne, said: “Airlines benefit from massive tax breaks and free pollution permits under the EU’s carbon market. This has allowed them to generate large profits, and now they are asking taxpayers to shoulder the losses. The pollution from flying is likely to rebound fast once the pandemic is over, and the aviation industry must start paying for the climate damage it causes.”

The organisations point out that, EasyJet paid £171 million in dividends two weeks before the company secured a €690 million loan from the UK treasury and the Bank of England.

Transport and Environment has long campaigned for the removal of the tax exemptions from VAT and kerosene tax for the airline industry. The kerosene tax exemption in Europe alone is valued at €27 billion a year while other more sustainable transportation methods — such as rail — have not benefited from such generous tax treatment.