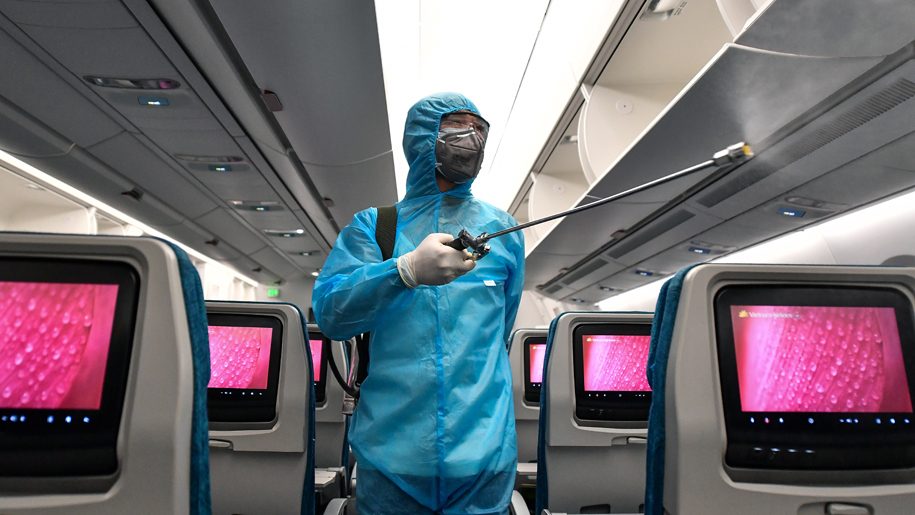 Vietnam Airlines has started to spray and sanitise its entire fleet with disinfectant daily upon landing in Hanoi, Da Nang and Ho Chi Minh City, said the airline.

The Vietnamese national airline said it has developed a disinfection procedure, which includes two steps – spraying disinfectant on the aircraft and cleaning equipment with “specialised liquid”.

The airline said it has started to perform “thorough disinfection” in all passengers’ cabins, cockpits, galley areas, and particularly, frequently touched surfaces such as overhead compartments, armrests, headphones, buttons and so on.

The airline said the aircraft will continue to be operated 30 minutes after being disinfected and sanitised.

The airline said it will also spray disinfectant on all aircraft  and let the disinfectant soak overnight to maximise its effect on the day before it’s operated.

Vietnam Airlines said all the procedures and chemicals used for the aircraft disinfection and sanitisation are in line with “the highest standards of the health and aviation sectors”.

According to the airline, it is now using the disinfectants – Disinfection Spraying Solution CH2200 and Netbiokem DSAM – which it said “pose no adverse health risks to passengers”.

The airline added that it has also implemented other preventive measures prior to take-off, such as conducting health screenings for passengers at the airports, refusing to carry passengers who show symptoms, and arranging seats that are spaced apart from one another if possible.

Vietnam Airlines previously announced the suspension of all international flights until the end of April.