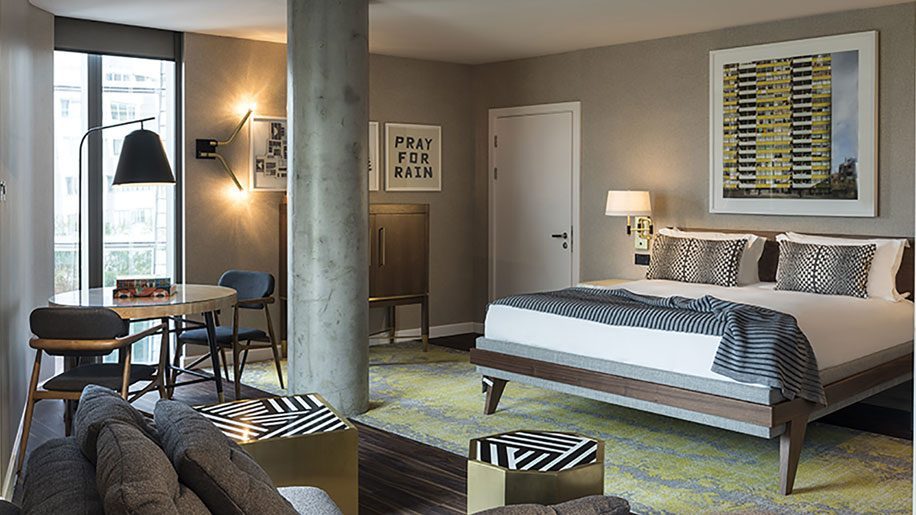 The 161-room Bankside hotel is housed within a six-storey glass building on Blackfriars Road, within walking distance of Blackfriars station, and attractions including the Tate Modern and Shakespeare’s Globe on the South Bank of the River Thames.

Features include all day dining restaurant and bar Art Yard, which has an outdoor terrace and offers “seasonal British produce with European influences, alongside classic cocktails, local beers and an unexpected selection of wines”.

There is also a creative space known as the Makers hub on the ground floor, which will be used for emerging artists to showcase and create work, with a series of talks, previews and events taking place throughout the year.

The first Makers in Residence will be London-based urban landscape painters Luke M Walker and Andrea Tyrimos, who use art to raise awareness about environmental issues.

The hotel’s design was created by film set art director-turned-hotel designer Dayna Lee, who said that “The design of Bankside has an art-school style with added polish, an appreciation for mid-century collection and black line drawings”.

Ceramicist and illustrator Laura Carlin was commissioned to design two wall murals composed of illustrated tiles which “bring to life the cultural narratives of the South Bank”, while London-based artist and designer Malgorzata Bany has created a series of tables for the hotel.

Rates at Bankside start from £290 on a bed and breakfast basis. 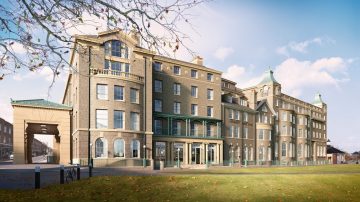