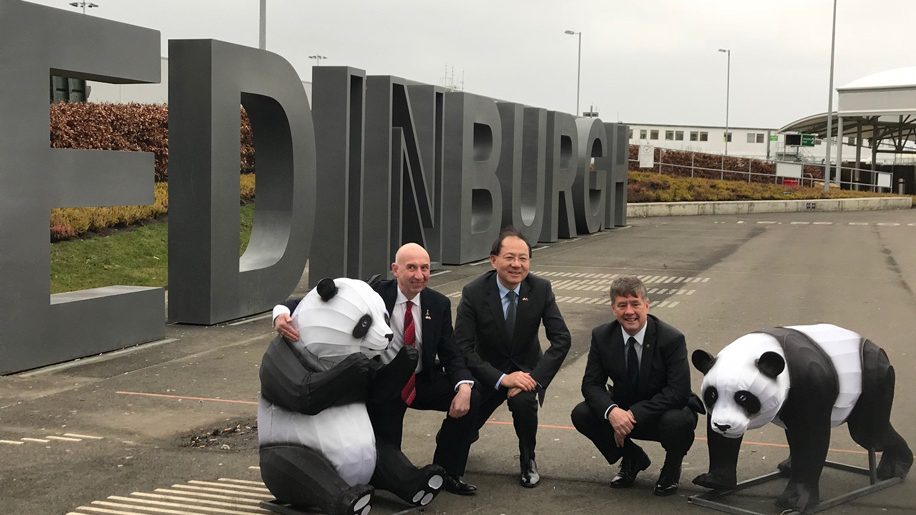 Reported in Scotland on Sunday, her criticism is as much about inferior parking positions for Flybe aircraft as it is to do with high airport fees.

Flybe would like to operate a fifth daily flight to London Heathrow (it currently uses so-called “remedy” slots * previously taken by Virgin’s Little Red) but cannot confirm anything because, says its spokesperson, the Edinburgh airport charges were way too high.

Quoted by Scotland on Sunday, Flybe’s CEO said that where its aircraft were positioned at Edinburgh was “appalling.”

Parking priority was being given to large aircraft which would be positioned right at the terminal whereas “small ones [aircraft] would be on remote positions – bussing customers [between the terminal and the aircraft].”

Flybe feels disadvantaged because it is Edinburgh’s second largest user (in terms of flight numbers) and it flies 645,000 passengers a year to and from Scotland’s capital over 13 routes.

As our readers will testify Edinburgh has become a busy airport since its Turnhouse days in the 1960s and 1970s. In those days even the arrival of a humble domestic flight was an ‘event.’

Today not only is Edinburgh busy but it’s overcrowded at Festival time when so many people are arriving and departing.

While one can sympathise with regional carriers’ plight it must be noted that airports worldwide give preference to international airlines because of the prestige they bring with them.

Were Edinburgh airport to have its own rail station (ironically the main line north of the city passes only a few hundred yards from the terminal) perhaps there wouldn’t be a need for so many regional flights).

See our air-rail links feature in the December issue of Business Traveller.

Flybe pays Heathrow only to use the remedy slots which date back from the days of British Midland (Bmi).