Emirates has plans to fly windowless aircraft in future 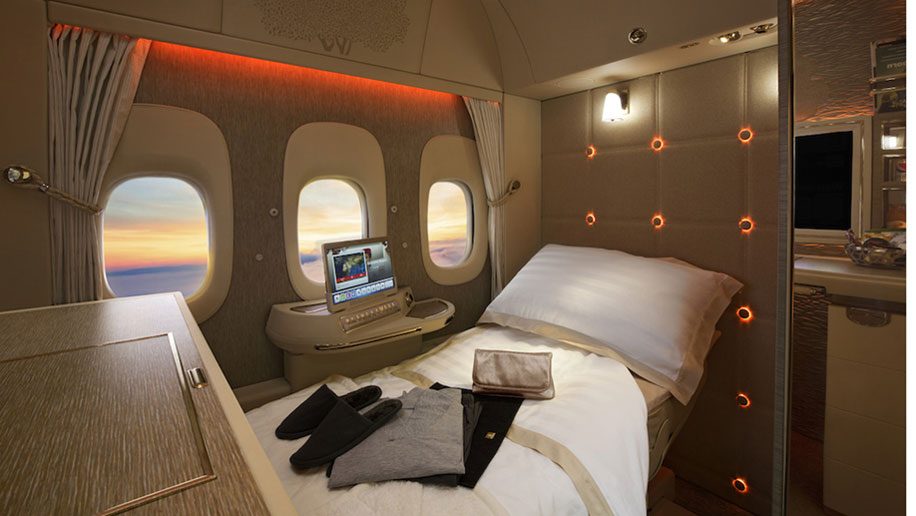 Emirates appears to have its sights set on a future that involves its commercial aircraft no longer having cabin windows.

The revelation follows the unveiling of the Dubai-based carrier’s latest first class suites on board its newest Boeing 777 aircraft.

As previously reported by Business Traveller, these new suites will be laid out in a 1-1-1 configuration, leaving the centre suites without any window access. To combat this, these centre suites include “virtual windows” that project the view from outside of the aircraft using cameras.

But these virtual windows eventually could be added to all of Emirates aircraft effectively turning them windowless, the BBC reports.

“Imagine now a fuselage as you’re boarding with no windows, but when you get inside, there are windows,” said Emirates president, Tim Clark.

For passengers as well as the airline, the changes would be more than simply cosmetic, though.

“Now you have one fuselage which has no structural weaknesses because of windows,” Clark added. “The aircraft are lighter, the aircraft could fly faster, they’ll burn far less fuel and fly higher.”

From a safety standpoint, the European Aviation Safety Agency also said that such a windowless concept would not present any shortcomings compared with actual cabin windows.

Clark said that the external images displayed were “so good, it’s better than with the natural eye”.

The question now is, will passengers get on board with such a concept?

It is unclear at this stage when passengers could expect to see windowless commercial aircraft should Emirates decide to go ahead with such a plan.

News
Emirates will fly its Airbus A380 superjumbo to Osaka
4 Jun 2018
Loading...