Mumbai airport handled 837 flights a day in March 2017, overtaking London Gatwick as the busiest single-runway airport in the world that handled 757 flights at that time.

London Gatwick currently handles 870 (declared this year) movements a day. Even though the single-runway airport handles lesser movements than Mumbai airport, it is considered more efficient since it’s only operational for 19 hours a day (between 5am-12am).

“The most important difference between Gatwick and Mumbai is the environment the two airports are set in. Mumbai airport functions in a space-starved, infrastructure-constrained environment, unlike any other. More flights can’t be added onto Mumbai’s single runway without a holistic approach that takes into account the ground realities, India’s regulatory framework, human factors etc,” says a senior air traffic controller from Mumbai in an interview with The Times of India.

London has four airports —  Heathrow, Gatwick, Stansted and Luton — while Mumbai is only served by one airport — Chhatrapati Shivaji International Airport. London has a total of five runways operational at one time for operations. While Mumbai has two runways (a main and secondary runway), only one is operational at a time.

As os now, Mumbai Airport’s main runway is going to be closed for seven hours daily between 10am-5pm (except Wednesdays) until February 17. Airlines have been requested to re-schedule flights in order to avoid cancellations and grievances to their customers. 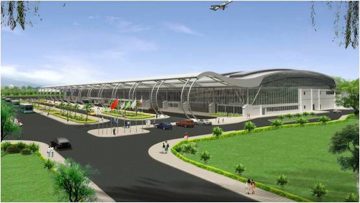