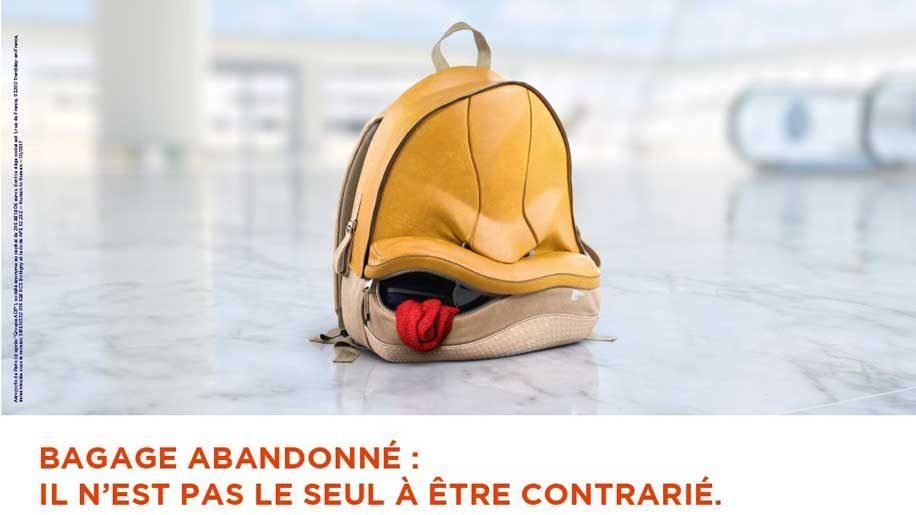 Paris Aeroport which runs both Paris Charles de Gaulle and Paris-Orly airports has started a campaign to raise awareness of unattended luggage.

Augustin de Romanet, Chairman & Chief Executive Officer of Groupe ADP says that, “More than 1,000 operations were carried out in the first nine months of 2017 to deal with unattended luggage at Paris-Charles de Gaulle airport.”

“This caused more than 400 flights to be delayed by an average of 53 minutes, with significant impact on airlines.”

“Unattended bags are partially due to travellers’ absent-mindedness, but also due to a tightening of weight restrictions under airline baggage policies. Some passengers don’t think twice about leaving their luggage at the airport to avoid paying the additional charges”.

To raise awareness amongst travellers, Paris Aéroport and the agency Human to Human have designed a campaign that will be rolled out across all airport communication channels including

The campaign is in French, English and Chinese.

Delays can be considerable for some flights. Since the start of the year, around 60 percent of unattended luggage has been left at Paris-Charles de Gaulle Airport, with 40 percent of these bags left at the Air France-KLM hub. In August 2017 alone, 214 bags were left by their owners, i.e. an increase of approximately 30% compared to August 2016. 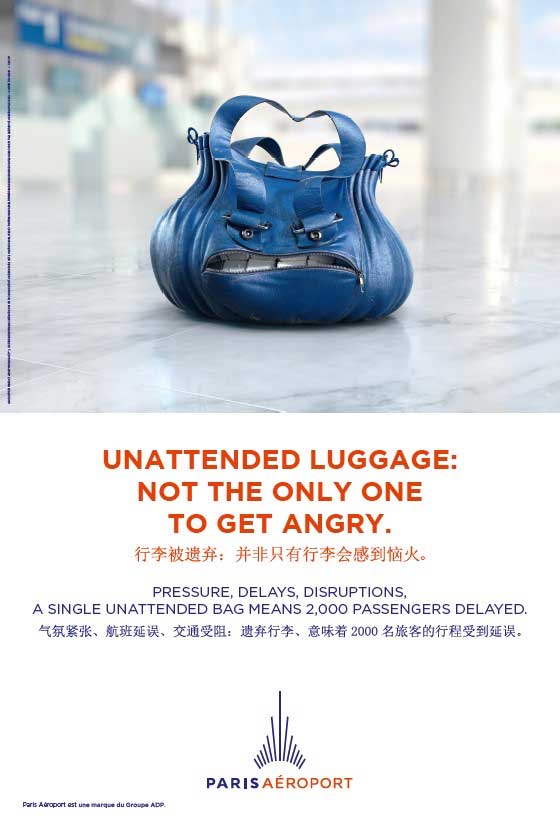