Could Berlin Airport be delayed until 2021?

Latest news from Berlin’s troubled new airport is that the unfinished Brandenburg facility (BER) may not now open until 2021.

Today Berlin’s respected Der Tagesspiegel reports that the situation at the unfinished site is more serious than was originally thought.

Therefore “An opening date before 2021 is therefore unlikely”  it says.

Business Traveller has covered the Brandenburg airport saga on many occasions since its original 2012 opening date was postponed.

According to Der Tagesspiegel, “Three weeks before the planned announcement of an opening date,  delays are again threatened at the unfinished BER site.”

An announcement is expected to be made on December 15 about when BER will open. It had been thought that a date towards the end of 2018 would be announced.

But it now appears that the situation on the terminal site is more dramatic than previously thought with serious deficiencies in the technical systems. For example in the case of fire protection it was found that the sprinkler systems were still not working properly.

Meanwhile until the new terminal opens rail operator Deutsche Bahn runs “ghost” trains in and out of BER’s dedicated station to keep the system operational.

And the four-star, 322-room Steigenberger hotel (completed in 2012) continues to stand empty.

Says Der Taggesspiegel “BER was originally expected to cost €2.5 billion. But the cost of the delays (there have been six failed start-ups) has pushed up the cost to €6.6 billion.”

In the meantime air travellers must continue to endure the overcrowding at Berlin’s existing two airports: Tegel and Schonefeld. 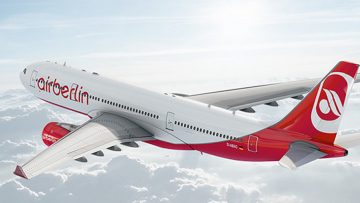