What’s cheaper: taxis, rentals, or Uber? It depends on where you are

It’s almost always less expensive to take an Uber than a cab to get around major cities, but in some cases renting a car can be the better deal, according to research from the New Zealand based GO Rentals.

A study of ground transport costs in 85 major international cities found that “Uber is significantly cheaper than taxis in most cities around the world” — a cab from the airport to the city center will cost you 163 per cent more in Birmingham, England and 132 per cent more in Los Angeles, for example.

In the US, Uber is also the far better deal in Las Vegas, Miami, San Francisco, and Chicago.

Internationally, there are exceptions: taxis were cheaper than Uber in cities like Milan, Rome, Dublin, and Helsinki, and in some major cities Uber simply isn’t an available option.

The can rental price does not include the cost of gas or parking, however.

An infographic with full details of the research can be seen here. 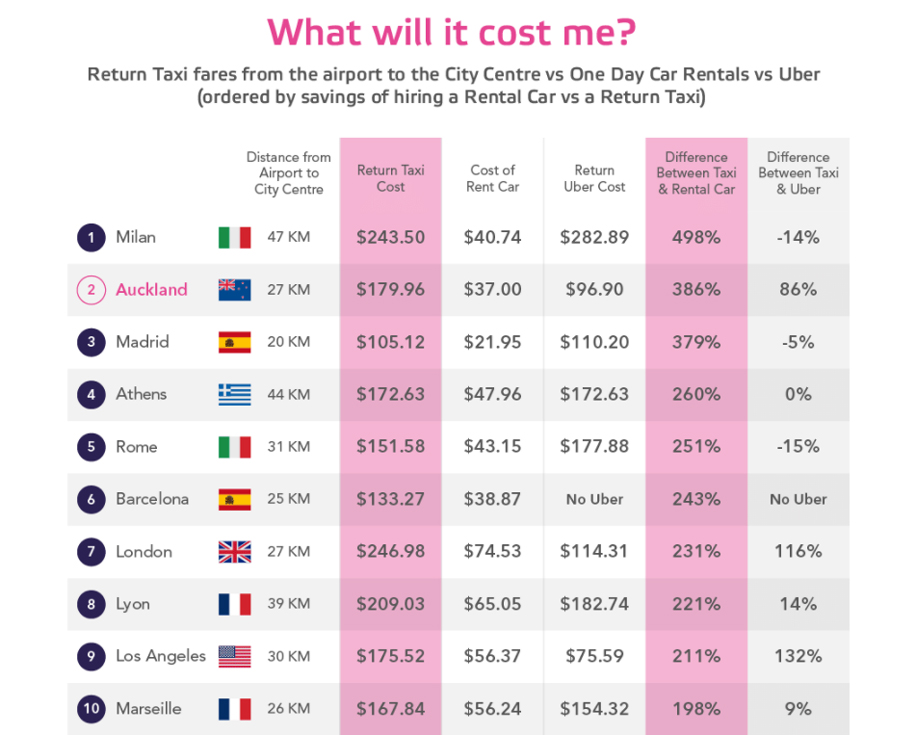 News
Uber London licence will not be renewed
22 Sep 2017