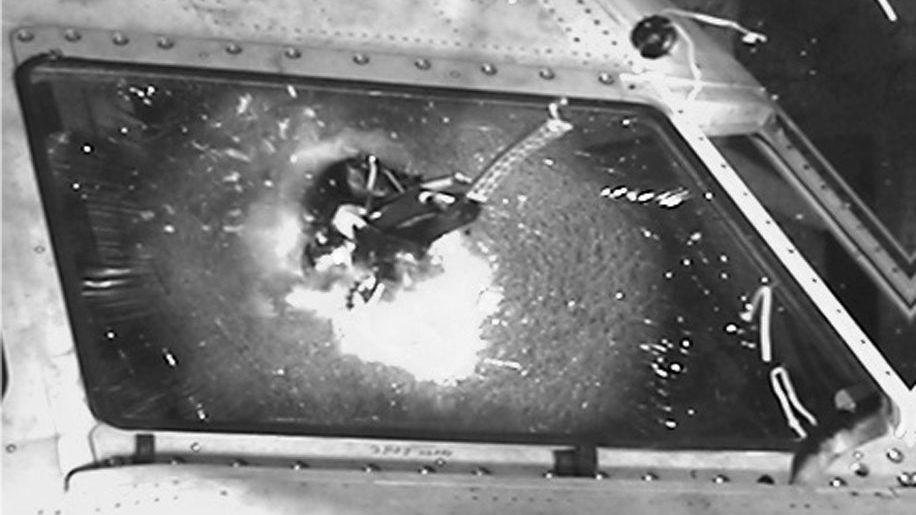 Pilots association BALPA has called on the UK government to act on a “proven drone collision threat”, after independent tests showed a drone being able to penetrate an aircraft windscreen.

According to BALPA the report, due to be published by the Department for Transport at 0900 today (Saturday July 22), showed “a larger hobbyist-class drone penetrating an aircraft windscreen at a closing speed of 340kts, representative of a scenario routinely encountered when aircraft are leaving the hold before landing”.

The project was jointly funded by BALPA, the Department for Transport and the Military Aviation Authority, with BALPA stating that the results “are a robust verification of the Association’s warnings over several years that drone impacts on aircraft windscreens and helicopter rotors can be catastrophic, even at relatively modest speeds with small drones, and that the industry and regulator cannot rely on birdstrike data and certification for drones”.

“We wrote to the Secretary of State on April 20, 2017 calling for swift Government action to tackle this potentially life-threatening risk and the independent report fully justifies this.

“Pilots have been warning about the rise in the number of cases of drones being flown irresponsibly close to aircraft and airports for some time.

“This report clearly shows that readily-available drones which can be flown by anyone can shatter or go straight through an aircraft windshield or shatter a helicopter rotor. And those impacts would have catastrophic consequences.

“We are pleased the Department for Transport and Military Aviation Authority partnered with this BALPA on this testing and we are reassured that the matter is being taken seriously in the corridors of power.

“We will wait to see the details, but we are encouraged that the Government has taken onboard calls for a registration and licensing scheme for drones and drone users. This will help ensure users understand and follow safety rules, and help the police trace drones if needed.

“We hope that urgent Government action will now follow to control this proven threat before there is a disaster and lives are lost.”

The association is calling for the introduction of measures including

“Drones are an exciting new technology that, if operated safely, can bring many benefits to aviation and the UK as a whole. New Government regulations to ensure that the growth in drone use does not endanger or disrupt civil aviation are welcome but enforcement will be vital for these new rules to be effective.

“The Government should now move quickly to also introduce mandatory geo-fencing technology. This would safeguard critical airspace around airports from accidental drone incursions. We believe this is the most effective way to ensure that unsafe drone use does not have major consequences.

“It is crucial drone users are aware of risks and regulations around drones so they can use their drones responsibly. That is why the AOA has supported the Drone Code, which is an important tool in raising awareness. We will continue to promote these and other initiatives to help drone users fly drones safely.”