The list is compiled from a poll of 2,500 UK consumers, who voted on over 1,500 brands. Respondents were asked to “consider each brand in relation to their perceived quality, reliability and distinction – the three factors inherent in a Superbrand”.

BA was the only airline in the top 20, with the carrier topping the survey ahead of Lego, Rolex, Andrex and Gillette.

Lego moved up from third to second place, and Superbrands said that “British Airways held off the Danish challenger to keep its crown, despite the challenges associated with charging for meals on short haul flights and recent industrial action”.

Commenting on the results Stephen Cheliotis, CEO of The Centre for Brand Analysis (TCBA), which compiled the results on behalf of Superbrands UK, said:

“In what can only be described as a significant year of change, the UK public have very much opted for brands that represent continuity, consistency and comfort.

“Whether it is John Lewis or Cadbury, the Top 20 brands, bar a few notable exceptions such as Google and Apple, are traditional stalwarts of UK life. This is evident from consumers still favouring British Airways, returning it again as the UK’s leading Superbrand despite its recent challenges.”

For more information and the full list of results, visit superbrands.uk.com 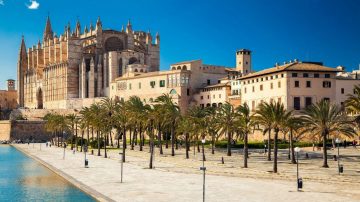