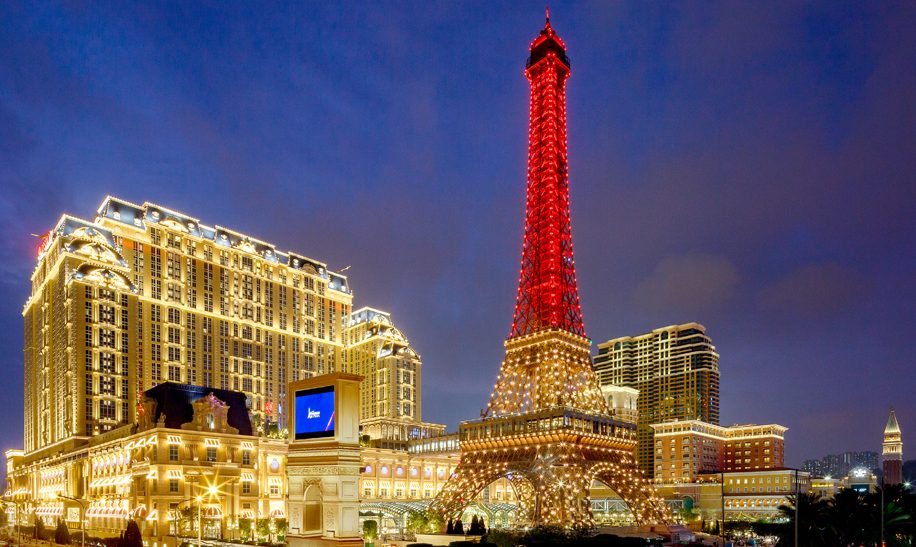 Five years in the making, at a cost of US$2.9 billion according to Adelson, The Parisian Macao boasts a comprehensive range of integrated resort facilities that include 3,000 rooms and suites, 5,200 sqm of convention and meeting space (including The Parisian Ballroom, which can cater to 2,600 guests), international restaurants, a spa, kids’ club, health club and pool deck with themed water park, as well as a 1,200-seat theatre and a huge retail mall called Shoppes at Parisian, which is spread over three levels and offers the latest in fashion and couture in a setting reminiscent of the streets of Paris.

In front of the hotel stands a half-scale, authentic re-creation of the iconic Eiffel Tower, and the resort seems set to become an iconic landmark in itself, the design evoking Paris through the ages. 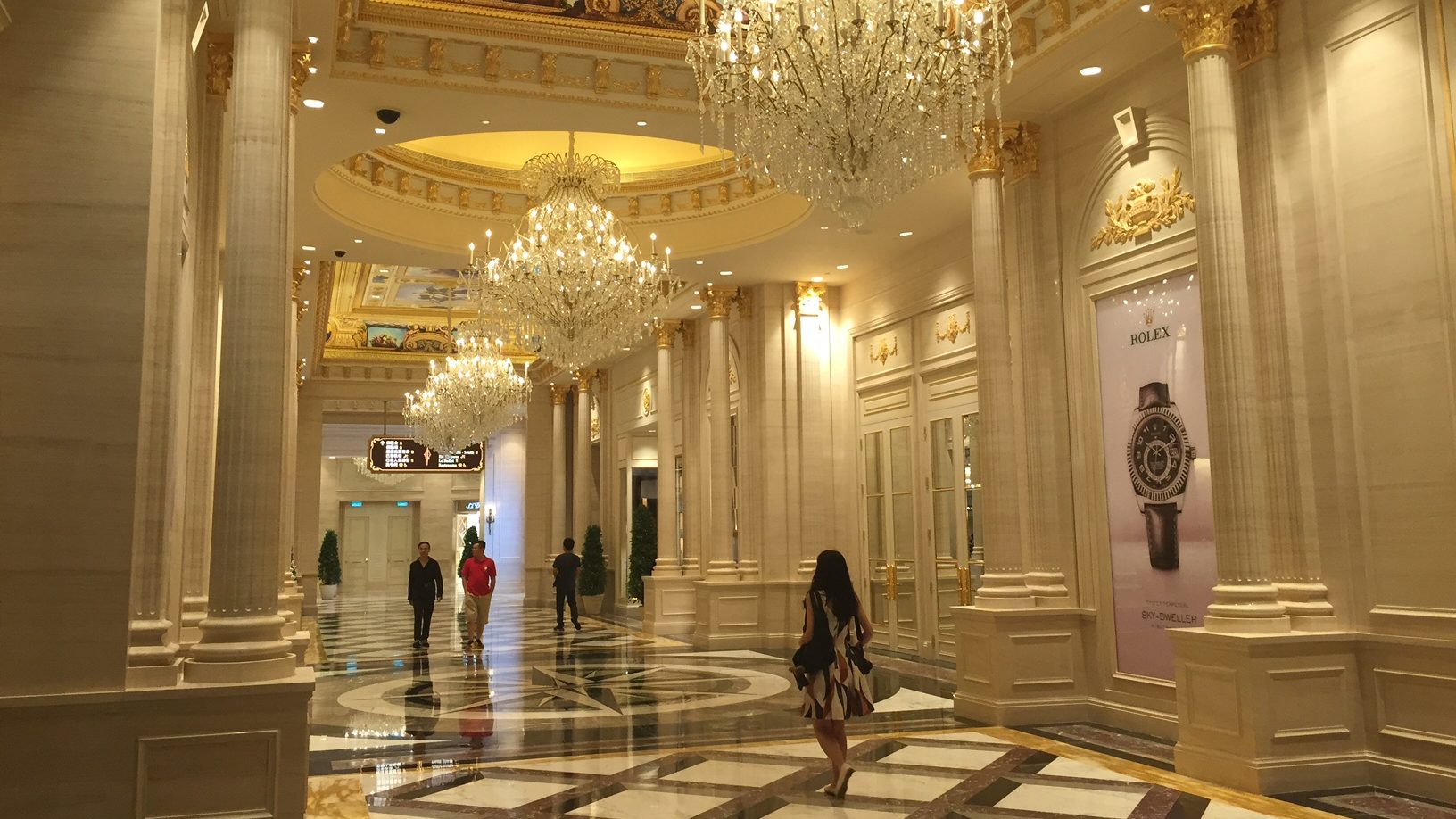 Together they provide a variety of entertainment options featuring international superstars, duty-free shopping with more than 850 retailers offering a broad array of name brands, 150,000 sqm of meeting and exhibition space for Asia’s leading conferences and exhibitions, transportation offerings, and more than 140 dining options including bars, lounges and Michelin-starred restaurants.

“There’s nowhere else in Asia where you can host 14,000 people for events under one roof,” said Adelson during the pre-opening press conference. “MICE has played a significant part in Cotai’s development.” Adelson believes that two infrastructure projects will be catalysts to help grow the MICE industry further in the SAR: “The Zhuhai Bridge will give access to Hong Kong airport, and this will be a dramatic boost to Macau,” he said, also citing the Light Rail transport network that will connect Cotai and other parts of Macau by 2019.

Whilst still operating an extensive casino, The Parisian Macao’s focus on non-gaming activities and offerings is in line with the Macau government’s drive to change the SAR’s reputation as a gambling centre. “The Macau government wants gaming at no more than 9 per cent [of total hotel activity],” said Adelson. “We are the first concessionaire to have put a focus on non-gaming components… our proportion of gaming to non-gaming is 4.5 per cent.” 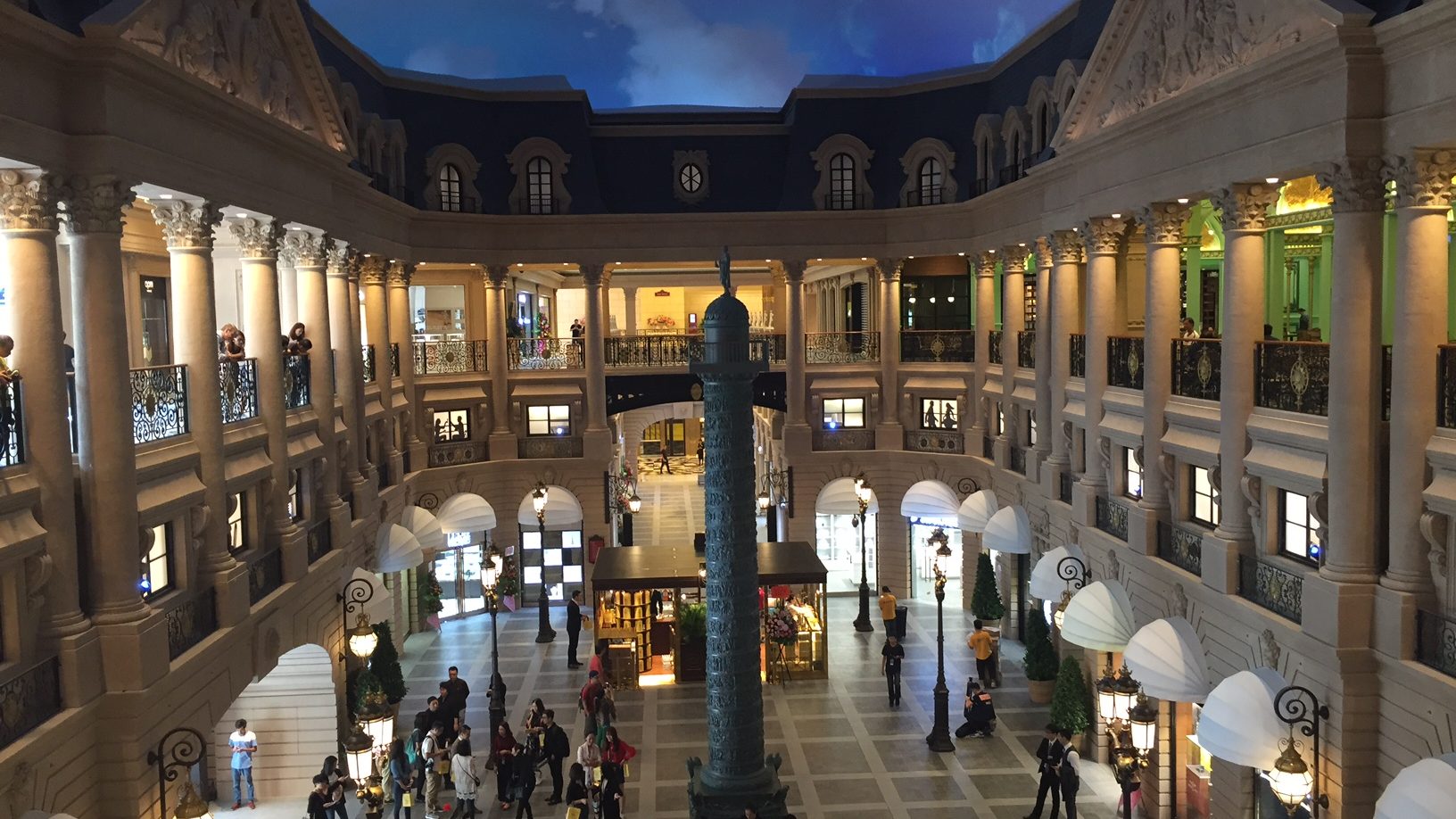 Despite recent drops in revenues as a result of China’s slowing economy and its government’s anti-corruption drive and suppression of the junket industry, Adelson and Las Vegas Sands’ president and COO Robert Goldstein are still very optimistic about the future of the resort industry in the SAR. “We are still number one in the world by a factor of five in the mass market,” said Goldstein – the middle class market being firmly where The Parisian and many other Cotai properties have set their sights.

“In January I had a strong feeling we had hit bottom in GGR (gross gambling revenue) and in August we made a plus figure,”added Adelson. “Based upon bookings, Macau still has very good days to come.”

A “First look” review of The Parisan Macao will be posted soon. 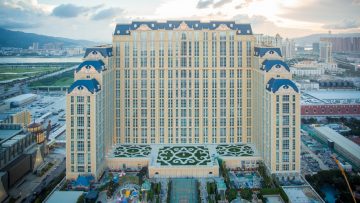