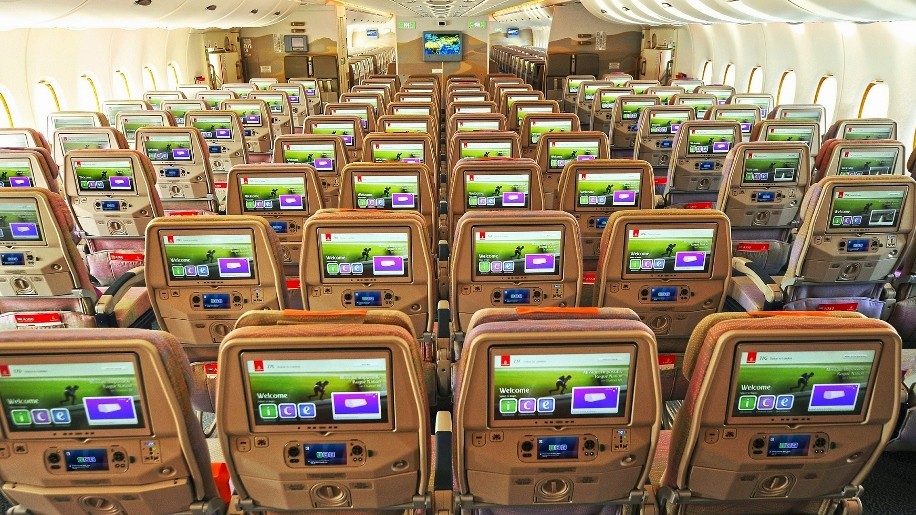 Faced with declining yield (revenue per seat)  Emirates is introducing ancillary fees as a means of raising more cash.

Note: this piece has been amended as a result of information provided by readers.

Details of the fees have been posted to the Emirates’ agents website.

“Effective 03 October 2016 Emirates will implement a charge for advance seat selection before check-in on Economy Class Special and Saver fares. Seat selection will continue to be complimentary when check-in opens 48 hours prior to departure.

The charges are highlighted below:

Child discount of 50% applies on the above charges.

As Business Traveller readers are aware,  many global airlines now charge passengers for amenities which, at one time, were provided free of charge.

So Emirates is simply falling in line with its rivals by charging extra fees to select a specific seat.

The low-cost carriers (LCCs) go one step further and on long-haul routes they will (besides the above-mentioned fees) also charge for meals, drinks, in-flight entertainment, blankets and even a bottle of water.

Ancillary fees are a clever way for airlines to increase their earnings while, at the same time, being able to maintain the headline price of their tickets.

According to Arabian Business, although Emirates carried eight per cent more passengers for the 2015/2016 financial year, its capacity rose by 11 per cent.

Emirates’ yield is not keeping pace with the growing number of passengers – many of whom are paying less than the normal rate.

So it needs to increase yield and another way of doing that is to launch a premium economy class which is now offered by most of its rivals –  see our premium economy feature in the September issue of Business Traveller.  See “Premium economy – a cut above.”

Previously the Dubai-based airline revealed it is seriously considering the introduction of a premium economy cabin as Business Traveller first reported on June 13.

Speaking at an aviation conference in London last week, Emirates president Tim Clark was again reported as saying that “we are seriously evaluating a premium economy product”.

And as we revealed yesterday in IT of crucial importance says Willie Walsh,  Emirates is looking to overhaul its booking systems away from the current outmoded GDSs which are used by the trade and which have been the industry mainstay for many years.

Whatever Emirates does, its rivals Etihad and Qatar Airways are likely  to follow.