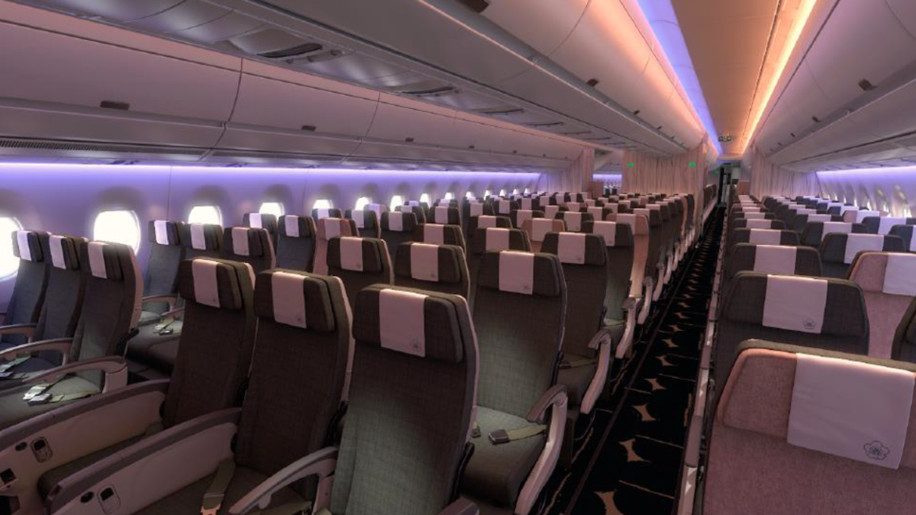 Taiwan’s China Airlines (CAL) will cut flight frequency from seven to four flights per week for its Amsterdam-Taipei route effective September 5, according to a report by Luchtvaartnieuws.nl

That’s the bad news.  But the good [news] is that the Taiwanese carrier will, from December 2, 2016 upgrade to a non-stop operation using one of its new three class (business, premium economy, economy) A350-900s.

Currently the Taiwanese airline flies via Bangkok using a four-engined A340-300 which offers customers a less attractive product.

It also faces tough competition from Dutch airline KLM (which already flies non-stop) and from its Taiwanese rival Eva Air who operates via Bangkok.

By moving to a non-stop service and by rostering a brand new A350 CAL will be hoping to appeal more to the lucrative business passenger who generally pays a higher fare for his or her ticket.

KLM is currently the only European carrier * serving Taiwan.  And for well over 20 years Amsterdam has been Europe’s main gateway for Taiwan.

From London, for example, there are currently flights only by Eva Air and these operate via Bangkok.

So what is the significance of CAL’s non-stop flight to UK travellers ?

It means that when regional UK passengers take KLM to Amsterdam, they might reach (depending on connections) Taipei more quickly [via Amsterdam] than via London.  And KLM, like CAL, is a Skyteam member.

KLM operates an extensive UK network covering Inverness in the North, Southampton in the South, Cardiff in the West and Norwich in the East.

As one might expect, schedules are designed for maximum connectivity.

Flight CI73 departing Taipei at 2340 to arrive Amsterdam the following morning at 0625.