Cathay Pacific’s new A350 aircraft began long-haul flight operations with a flight to Dusseldorf on September 1.

The German city became the first long-haul destination to be served by a CX A350, when flight CX379 departed Hong Kong yesterday shortly after midnight. It touched down in Dusseldorf at 0640 local time. The return flight CX376 departed Dusseldorf at 1320 and arrived back in Hong Kong at 0635 earlier today.

CX then launched a new route to London Gatwick with the fuel-efficient aircraft: the flight took off early this morning (Sep 2), and touched down in the UK at 0710 local time. The new service, which runs four times weekly, will complement CX’s existing five-times-daily service to London Heathrow.

The summer schedule is 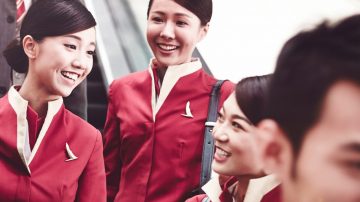