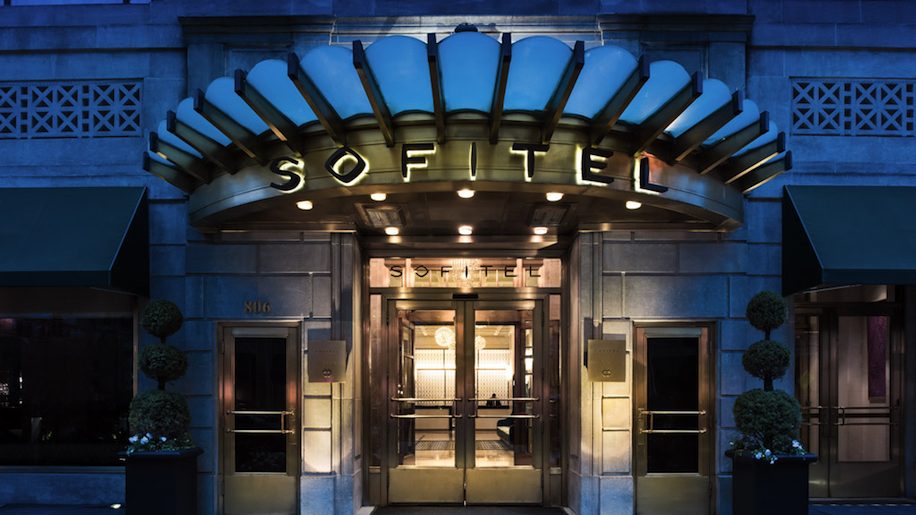 Part of French group Accorhotels, the five-star Sofitel Washington DC Lafayette Square opened in 2002 as a conversion of a landmark 1930s building, and was later renovated in 2015, with inspiration taken from the art deco period.

There is no doubt that this is one of the best hotels in the city. Its entrance is marked by French and American flags hanging outside, and polite and polished doormen who rush to help with luggage and hail taxis. The long reception hall is flanked by a turquoise leather banquette facing the lifts, which is handy when you are waiting for someone, and at the end are the check-in desks.

It took a few minutes to receive my room key as someone else had arrived with a couple of small dogs, which was resulting in some form filling. After, I took the lift up to my room (I didn’t feel the need to be escorted). The Sofitel endeavours to make the most of its French connection, with staff often speaking a little of the language and French food being served in the restaurant.

It is 42km from Washington Dulles International airport, on 15th Street NW, just one block from the White House. In terms of location, it doesn’t get much better than this. It’s easy to get around the city with Ubers but it’s also very walkable, although the distances can be deceptively great. The National Mall is 12 minutes on foot away.

Entry-level Superior rooms in this 12-floor hotel start from 34 sqm, while suites start from 40 sqm. Apart from the Presidential suite, which is in blue, all the rooms have the same red, black, white and grey décor. It’s smart and contemporary but the dark carpets and walls were a bit oppressive. Standard amenities include desks, 55-inch HD TVs, minibars, safes, Bose radios and irons/ironing boards. 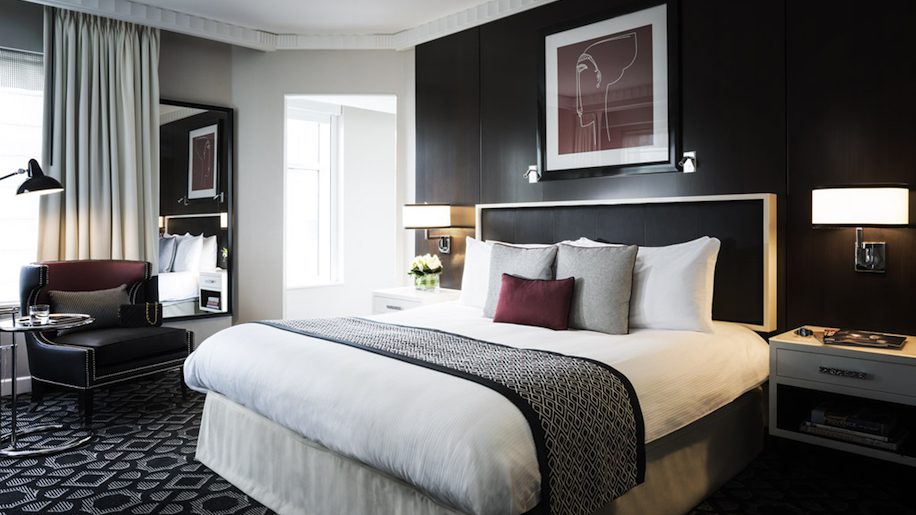 Wifi was free, however, this didn’t function well at all – it was so bad, in fact, that on one occasion I had to work at a nearby café. I called reception who put me in touch with IT but they said there was nothing they could do to improve it – I explained that I couldn’t even watch a You Tube video, for example, and they said that’s just how it is.

They didn’t say there was the option of a paid-for high-speed option so I just had to make do. I could send emails and Facetime Audio, but not video call or work in the back office of my website, which these days, is unacceptable from a business hotel. They said no one else had complained though so maybe it was just the location of my room or a technical glitch for the few days I was staying…

I was staying in a Luxury corner room with a city view (some rooms have internal views). It was very light, which was great, but having to adjust the blinds for all the windows was a bit fiddly (in the evening there is turndown service so staff get it ready for the night). As with all the other rooms, my bathroom had a separate walk-in shower and tub, robes, slippers and a hair dryer. The signature Sofitel SoBed was extremely comfortable. 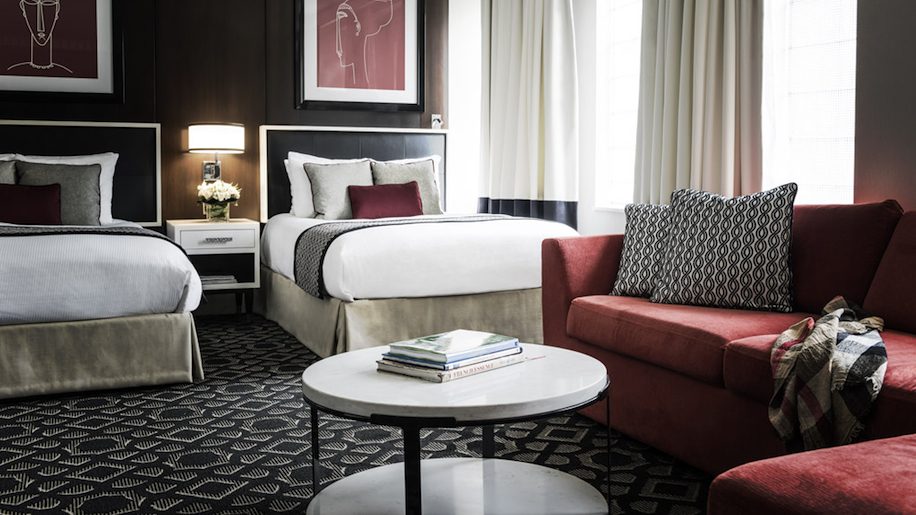 Just off the lobby is Le Bar, which proved a handy place to pop in for a free cup of takeaway filter coffee early in the morning (guests can just help themselves) and a place to charge my laptop before going to the airport in the afternoon. Service was almost non-existent though – no one came up to ask if I wanted anything during the entire time I was sitting there.

Opposite is ICI Urban Bistro, which I visited one morning for breakfast. I had a French press (US$6) and a three-egg omelette (US$17), which was very good. Staff here were fantastic, very warm and welcoming – my server in particular greeted me with a “Bonjour”, a “Where are you from?” and a “Love your accent”. It had a good buzz about the place – Le Bar was more lively in the evenings.

During warmer weather people can sit out on the street-side terrace, and order a lunch of French onion soup (US$8), salade Lyonnaise (US$14) or steak frites (US$35). Judging by the look of people frequenting the hotel and the conversations I overheard, the Sofitel attracts a lot of business people, economists, journalists and politicians. 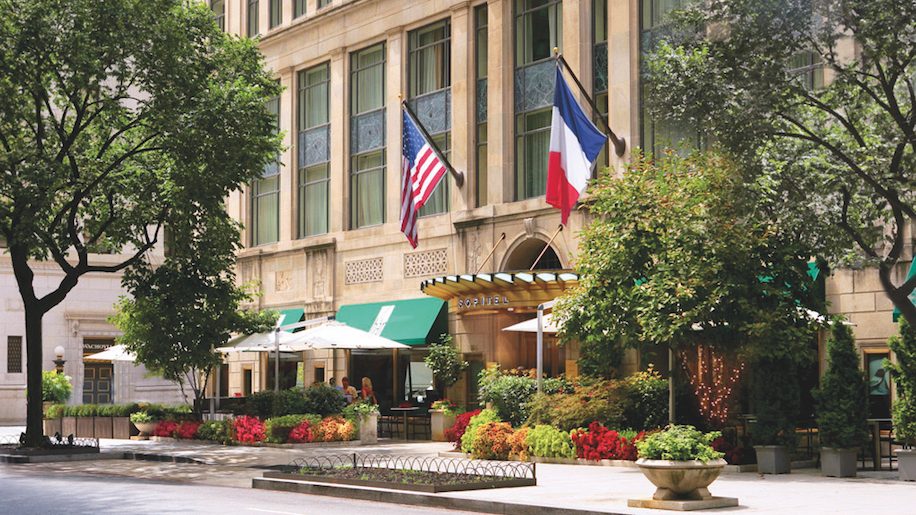 For larger events there is the 150 sqm Paris ballroom, which accommodates 180 delegates theatre-style. There are also five smaller rooms for meetings, which are named after places in the French capital. These range from 20 sqm to 70 sqm and can seat ten to 75 people in a boardroom layout. There is a 24-hour business centre although when I stayed it wasn’t possible to use the printer to I had to email my document to the receptionist who then printed it out the back for me. But that was fine. 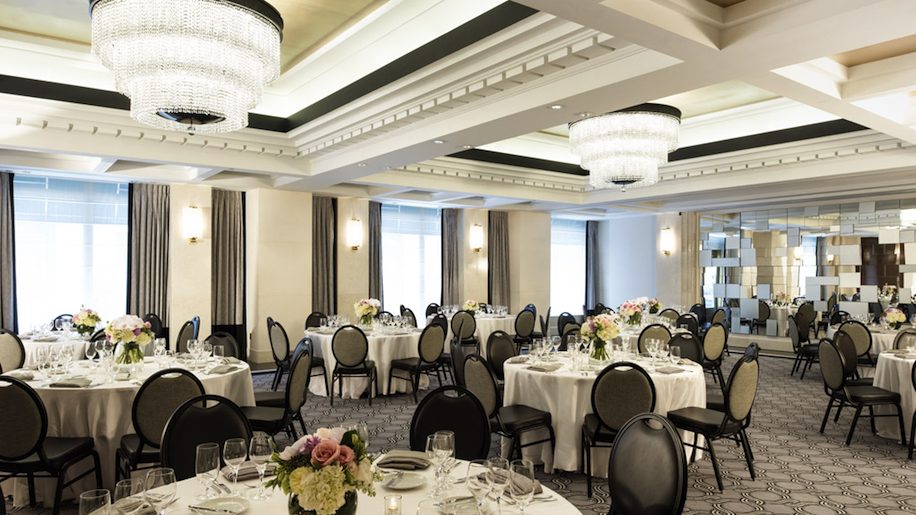 There is a fitness centre and the option of in-room massages (there is no dedicated spa). I popped down to the gym one morning and found it to be a decent enough space, although there were no windows so it was a case of pounding away on a treadmill facing a wall. There were some plants though, which livened up the place, plus medicine balls, cardio equipment, weights and a Kinesis machine. 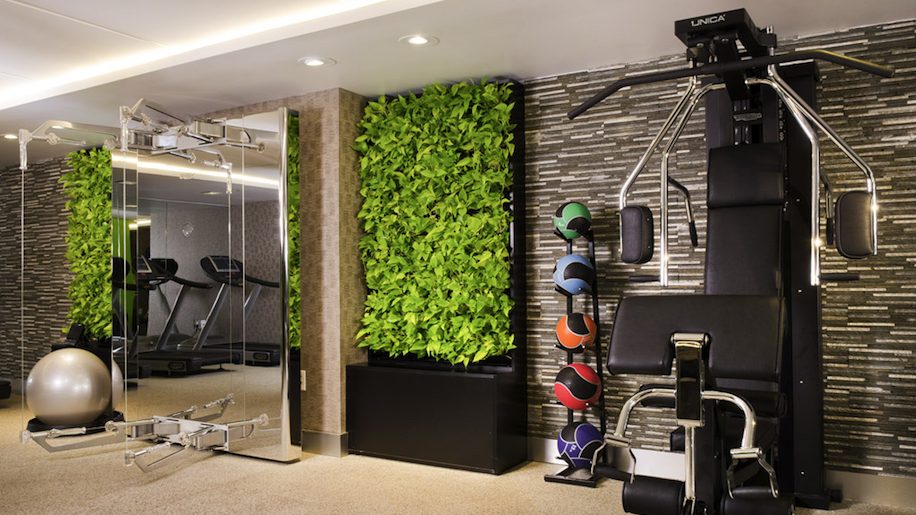 VERDICT The poor wifi had a detrimental effect on my stay but other than that it was a very comfortable business hotel in a superb location near the White House.

HOW MANY ROOMS? 237 rooms (including 13 suites) across six categories – Superior and Luxury rooms, and Junior, Junior Executive, Prestige and Presidential suites.

HIGHLIGHTS Central location near the White House, tasty French food from the bistro.

PRICE Internet rates for a flexible midweek stay in June started from US$372 for a Superior room.