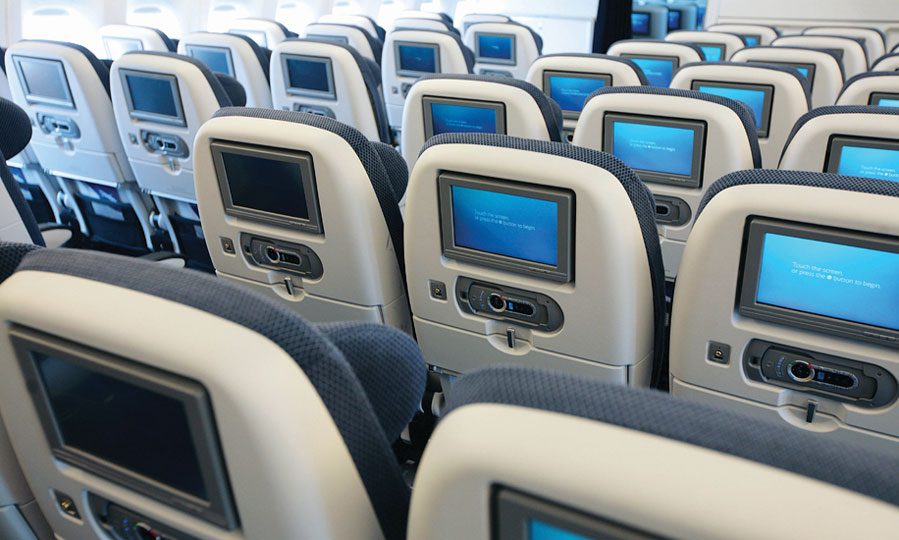 I was originally booked on flight BA0178, which was scheduled to depart New York JFK at 0805 and land at London Heathrow at 1955 the same day.

Unfortunately, at 0100 I received a text message and email informing me that it had been cancelled. No reason was given.

Luckily, I was still awake so could deal with the situation immediately. The US number provided was out-of-hours; fortunately, the UK number was answered and I was booked onto flight BA0112 departing JFK at 1835 that evening, with a scheduled arrival time at Heathrow of 0630 the next day. The UK call centre could not provide me with a reason for the cancellation either, apart from “for operational reasons”.

I had checked-in for my original flight exactly 24 hours before departure.

After I was rebooked on BA0112, I went to check-in online at 0130 to find only a handful of seats left. Surprisingly, one of these was an aisle seat, albeit by a toilet.

That afternoon, at 1700, I arrived at JFK Terminal 7 via the Airtrain from Sutphin Boulevard–Archer Avenue–JFK Airport subway station on the E line.

I then had a 20-minute wait at bag drop, where I took the opportunity to ask the BA staff member why my flight had been cancelled that morning. She didn’t know.

It took a further 15 minutes to clear security and then just 30 seconds to reach Gate 9.

Terminal 7 is a small and grotty place, more akin to a rundown motorway service station than an airport terminal. At the gate, CNN News was blaring on the television and was so loud that it was difficult to hear the Tannoy announcements being made by various airlines.

The “free” Boingo Hotspot wifi required you to download an app (Amazon or Marriott) in order to get online. I downloaded the latter, but the internet didn’t work anyway.

Priority boarding started at 1750. I waited until almost everybody had boarded and then did so myself at 1815.

On the aircraft, I arrived at my seat, 36G, only to find someone sat in it. There was also somebody sat next to her in 36F, with 36E empty. The flight was full.

To my surprise, she refused my request to move (asking “why can’t you sit in 36E?”). It took the threat of seeking out cabin crew before she sullenly acquiesced and both her and her companion each moved one seat inwards.

Needless to say, I was less than pleased at the prospect of spending the next seven hours sat next to her.

Row 36 is the back row in the front economy cabin, which only has four rows in total. On each side of the row is a toilet, with the galley directly behind.

BA’s B747 fleet comes in two configurations, with more Club World seats on routes with larger numbers of business travellers, such as to New York.

Each seat comes with a seat-back table that folds down and slides out and a small pillow, blanket, headphones, a toothbrush and toothpaste. On the back of the headrest in front was a 6.5-inch touchscreen IFE screen.

It was clear that this B747-400 was ageing and would benefit from a refurb.

Row 33 in the front economy cabin and rows 39 and 40 in the rear cabin have extra legroom. However, there is a chance you might be seated alongside a baby in a bassinet.

The centre seats (D-E-F-G) go all the way to 55 at the back of the aircraft, but the rows on either side stop at 53. These final three rows either side (51-53) also have two seats, instead of three, with a small amount of space where seats A and K would have been.

These seats, therefore, provide more room and are ideal if travelling in a pair. On the downside, you will have passengers waiting directly behind you to use one of the four toilets at the back throughout the flight.

Other than that, it comes down to a preference for a window or an aisle seat. I tend to choose a mid-cabin aisle seat on either end of the centre row — to avoid potential noise from a baby at the front, to avoid the toilet queues at the back, and so that, in theory, you only need to move for one person to exit their seat.

Obviously, on this flight a prefered seat was unavailable due to the cancellation.

We pushed back at 1839 and taxied for 20 minutes or so before take-off.

A drinks service started from the front of the cabin a quarter of an hour later, followed by a meal one hour into the flight.

There was a choice of cottage pie or pasta. Unfortunately, the latter had run out by the time cabin crew got to me, but the steward was very apologetic and I didn’t really mind anyway. On the side was a bread roll and salad, followed by a small cheesecake. The food tasted good.

Lights were turned off about two hours after take-off, at which point the majority of passengers appeared to get some sleep.

I read for an hour or two and then watched some old episodes of Fawlty Towers on the in-flight entertainment system (IFE).

As this was a night flight, not many passengers visited the toilet next to my seat, until morning at least. I imagine that if I had been sleeping there was a chance I could have been woken up but I wasn’t really disturbed at all. There was also very little noise from the galley.

The lights were turned on an hour and 20 minutes before landing and breakfast was handed out. This consisted of a flapjack-like cake, which was very nice and marginally healthier than it sounds, and tea/coffee and fruit juice.

We began our descent at 0600 local time (0100 EST) and landed 25 minutes later, before arriving at the gate a couple of minutes ahead of schedule. I was through security shortly before 0700.

The circumstances surrounding this flight were far from ideal for many reasons (an earlier cancellation, JFK’s grotty Terminal 7, a selfish fellow passenger sat in my seat) but none of these negatives were BA’s fault.

The day after my return, I got in touch with the airline to find out why the earlier flight had been cancelled and was told it was due to the aircraft being diverted away from JFK earlier due to bad weather.

These things happen, of course. The only improvement BA could make would be to add the reason for the cancellation in the text and email they send out informing passengers.

The flight itself was fine. While the aircraft was a touch faded, the service on-board was excellent and the food and drink offerings decent. We were also on-time, which is always welcome.